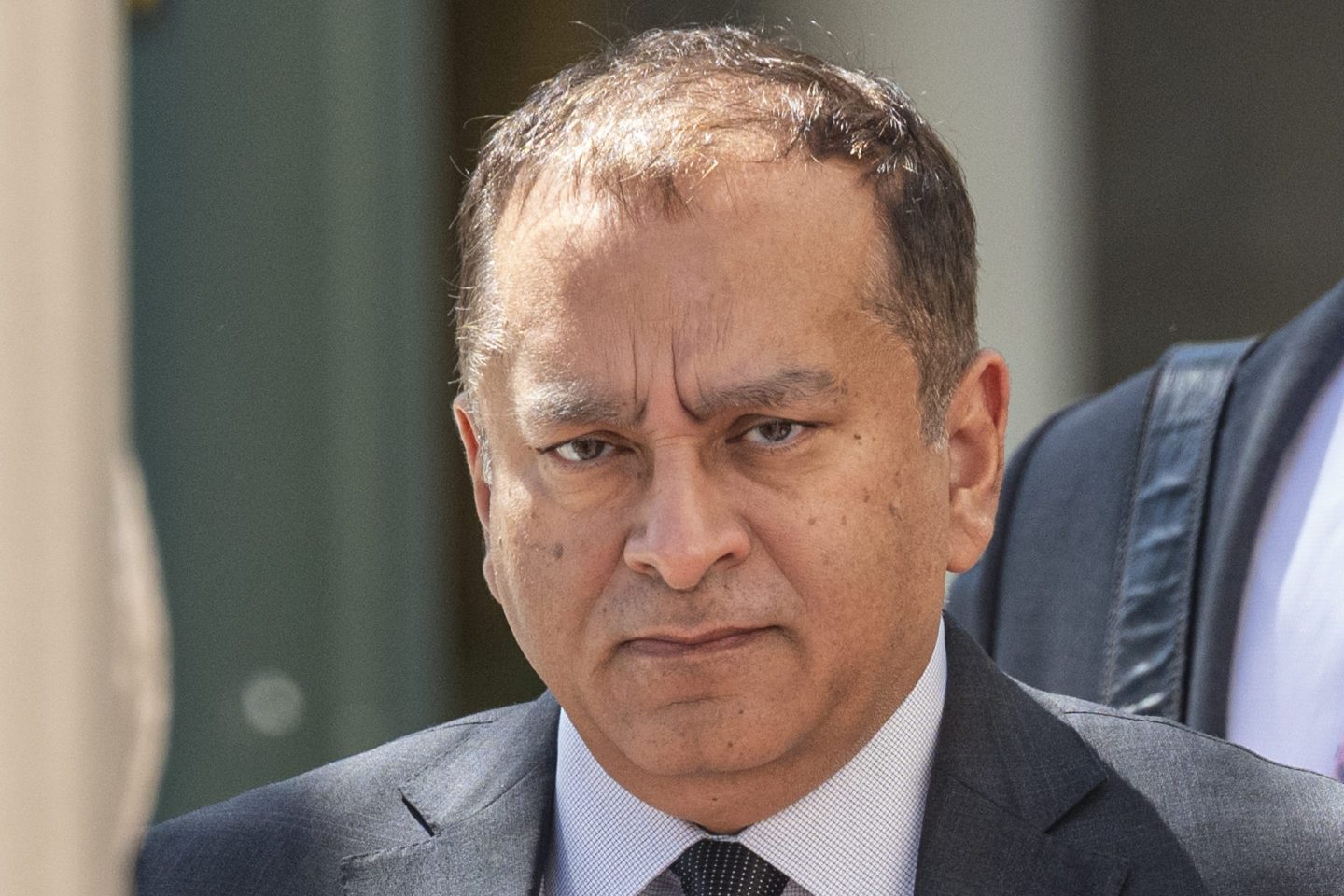 Ramesh “Sunny” Balwani, the former president of Theranos Inc. and ex-boyfriend of its founder Elizabeth Holmes, was found guilty of fraud for his role in the collapse of the $9 billion blood-testing startup.

The decision Thursday comes six months after Holmes was convicted of defrauding investors in the company, which promised to revolutionize the medical industry by using a few drops of blood to complete a wide array of health tests.

Balwani faces as long as 20 years in prison on the charges.

The pair were tried on charges of lying to investors and patients about the accuracy and capabilities of Theranos’s machines. As problems came to light, the company fell apart amid regulatory crackdowns, shareholder lawsuits and recriminations. The failure spawned books, a documentary and a television series.

While Holmes was the public face of the company, prosecutors said Balwani played an integral role. Jurors weighing his fate heard some of the same damaging evidence that led to Holmes’s conviction, including emails and texts tying the pair together, both professionally and romantically.

The panel also heard from a laboratory director, regulator and patient who didn’t testify against Holmes. That testimony was aimed at underscoring his familiarity with the failed blood tests.

Holmes has yet to be sentenced and is asking for her conviction to be set aside by the judge who presided over her trial.

As the verdict was read Thursday after the jury deliberated for about five days, Balwani sat mostly still but was blinking frequently, looking side to side occasionally at his two lead lawyers.

The jury found Balwani guilty of all the charges against him, including two counts of conspiring with Holmes, six counts of defrauding investors and four counts of patient fraud. The verdict against Holmes was mixed, with jurors acquitting her of the patient fraud counts and unable to reach a decision on some of the investor fraud counts.

Balwani denied the government’s charges of conspiracy and fraud. His lawyers argued prosecutors cherry picked the thinnest fraction of bad blood-test results, and ignored millions of other tests that were recorded in a defunct Theranos database.

“Balwani ran the lab for a time and was just as involved as Holmes in management,” said Andrey Spektor, a criminal defense lawyer not involved in the case. “To some extent, the government had a stronger case against him.”

The government’s case against Balwani was also made simpler, Spektor said, because it didn’t have to navigate Holmes’s claims that he sexually and psychologically abused her. Prosecutors “didn’t have to worry about the sympathy theme on which Holmes ended her defense,” he said. Balwani denied the abuse claims Holmes made against him at her trial.

During a closing argument that lasted more than 12 hours over three days, Balwani’s lawyer claimed that the Silicon Valley businessman was dazzled by Holmes the same way that investors and high-profile board members were.

“You should not believe that Mr. Balwani’s perspective on Ms. Holmes was an outsider’s perspective,” he said.

The prosecutor said they collaborated on every facet of Theranos’s operations, including walling off key information from some employees in an attempt to maintain the alleged fraud.