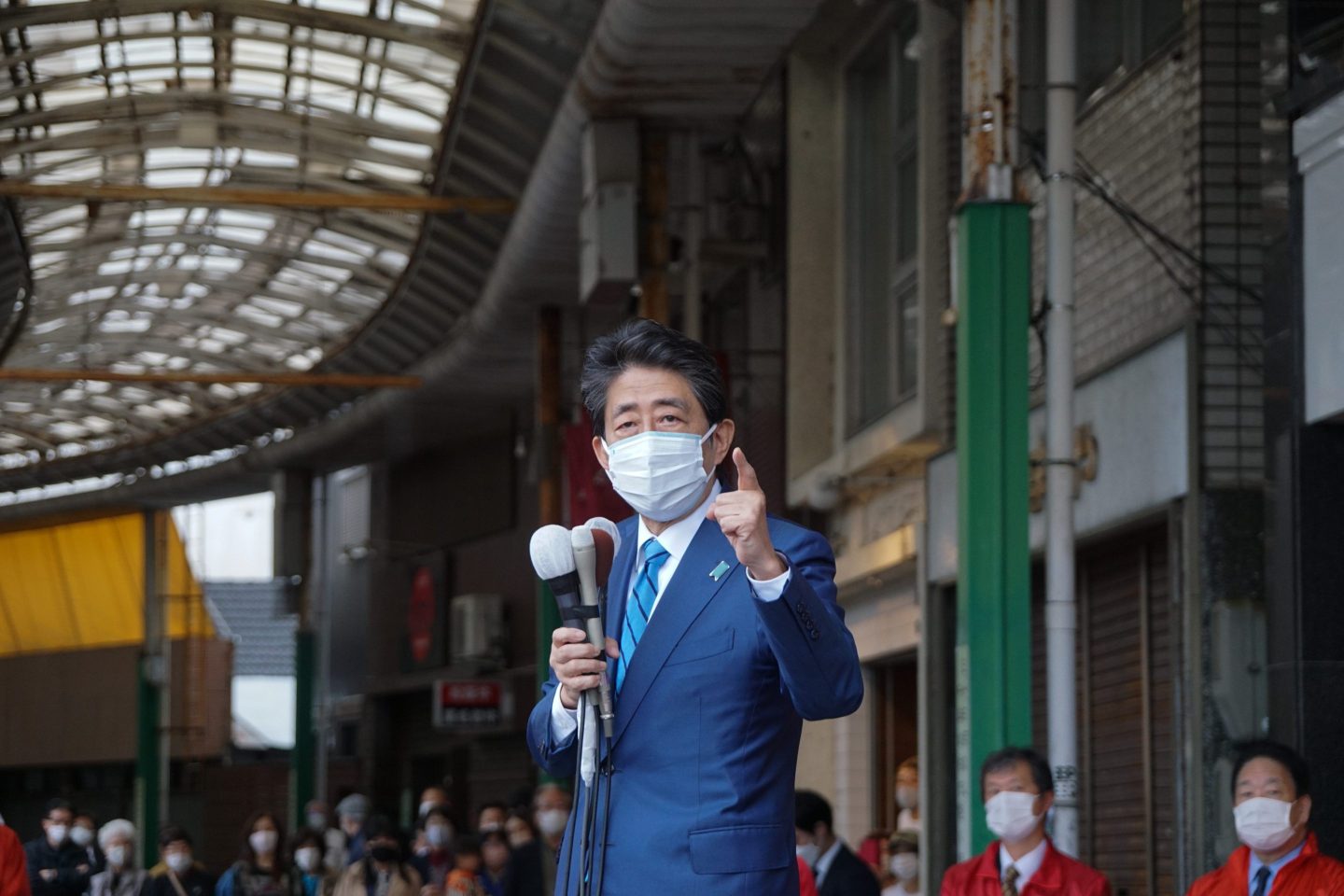 Former Prime Minister Shinzo Abe—Japan’s longest-serving premier and a figure of enduring influence—died after he was shot during a campaign event Friday, national broadcaster NHK said.

The attack shocked a nation where political violence and guns are rare. Abe, 67, was shot from about 3 meters (10 feet) away with what appeared to be a homemade firearm in the western city of Nara as he was giving a campaign speech for his ruling Liberal Democratic Party. Video and images from the scene showed the former premier collapsing to the ground, with blood on his shirt, after two blasts.

The suspect was identified by local media as a 41-year-old local man who was a veteran of the Japan Maritime Self-Defense Force. The man told police he intended to kill Abe because he was frustrated with the former premier, national public broadcaster NHK said.

The incident was one of Japan’s highest profile acts of political violence since World War Two and came as the country holds an upper house election on Sunday, which the LDP is expected to win. World leaders expressed concern over Abe, who spent more time as premier than anyone since Japan established the office in the 1880s.

Japan is a country with some of the strictest gun laws among leading economies and shootings are rare. But political violence still occurs from time to time: In 2007, Itcho Ito, the mayor of Nagasaki, died after being shot twice by a member of an organized crime gang. The last time a current or former Japanese prime minister was shot was 90 years ago.

There were few details about the weapon used in the attack on Abe. Video from the scene showed what appeared to be two long tubes wrapped together with black tape on the ground at the scene.

The news of his shooting left citizens and colleagues shaken.

“I thought it impossible for something like this to happen in this day and age, in the 21st century,” said Yoshitaka Sakurada, who served as a minister under Abe.

Update, July 8, 2022: This article has been updated with the report of Shinzo Abe’s death.