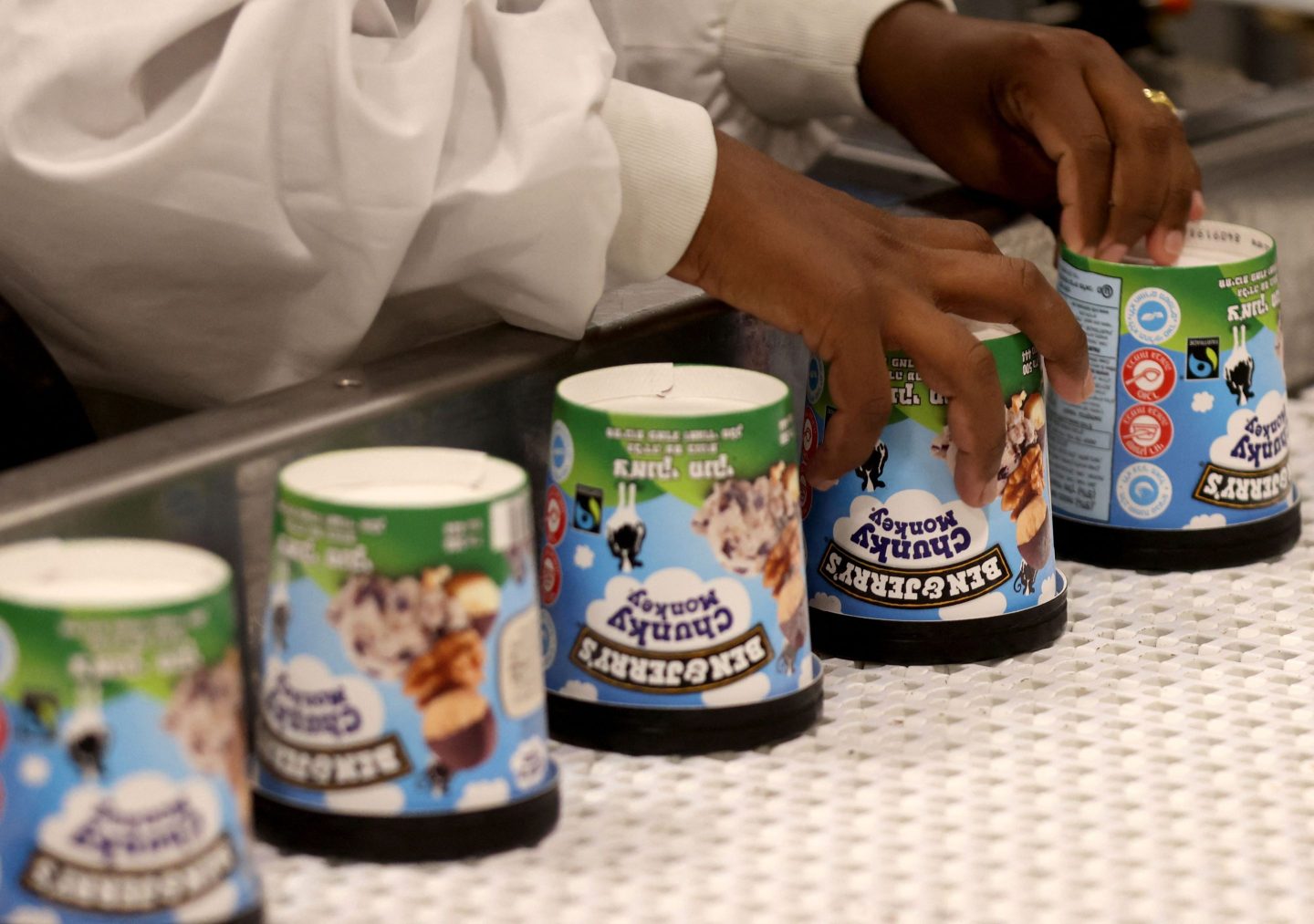 A laborer works on a production line filling ice-cream pots at the Ben & Jerry's factory in Be'er Tuvia in southern Israel, on July 21, 2021.
Emmanuel Dunand—AFP/Getty Images

Ben & Jerry’s sued its corporate parent, Unilever Plc, to block a deal that would allow its ice cream to be sold in the Israeli-occupied West Bank, claiming that would conflict with the company’s “core values.”

“Ben & Jerry’s founders insisted on the inclusion of explicit language to ensure the brand’s integrity was not diluted,” through an independent board with authority to protect its brand, reputation and goodwill, the company said in the lawsuit, filed Tuesday in Manhattan federal court.

Ben & Jerry’s announced last year that it would no longer do business in the West Bank, citing human rights concerns. The action prompted Zinger and his company, American Quality Products, to sue, claiming Ben & Jerry’s illegally terminated a 34-year business relationship. A group of investors sued Unilever last month, alleging the company misled investors about the Ben & Jerry’s board decision.

Unilever said it doesn’t comment on pending litigation but reiterated in an email an earlier statement that it had the right to enter the arrangement with Zinger. “The deal has already closed,” it said.

Ben & Jerry’s said the board voted 5-2 on July 1 to sue, with the two Unilever-appointed members voting no. It’s seeking an order blocking Unilever from going forward with the Zinger deal.

“Without this court’s intervention, the independence of Ben & Jerry’s board of directors will be lost, and the company’s brand integrity—44 years in the making—forever tarnished,” the company said.