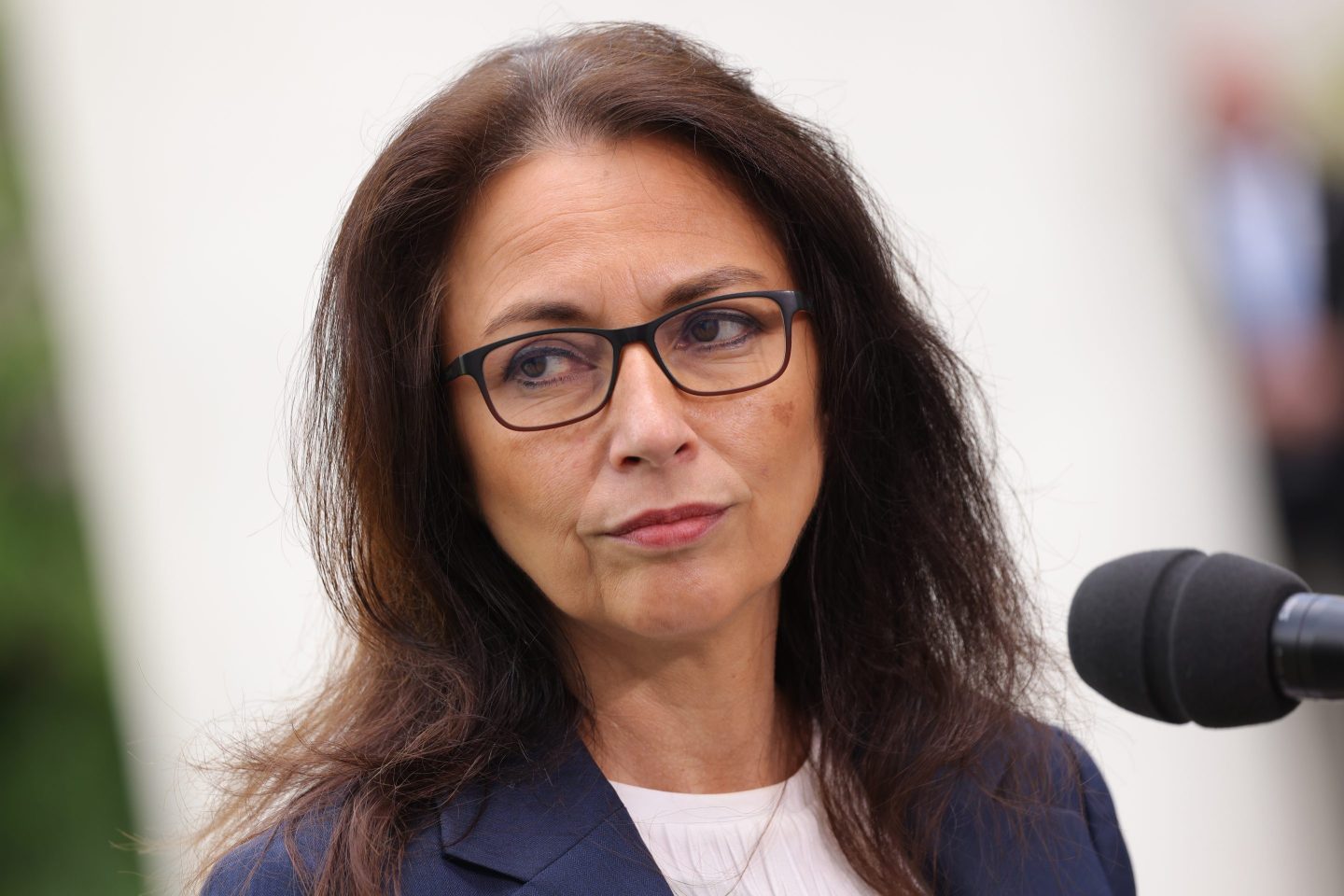 Yasmin Fahimi, head of the German Federation of Labour (DGB), speaks to the media prior to the first meeting of the "Transformation Alliance" at the Chancellery on June 14 in Berlin, Germany.
Sean Gallup—Getty Images

“Because of the gas bottlenecks, entire industries are in danger of permanently collapsing: aluminum, glass, the chemical industry,” said Yasmin Fahimi, the head of the German Federation of Trade Unions (DGB), in an interview with the newspaper Bild am Sonntag. “Such a collapse would have massive consequences for the entire economy and jobs in Germany.”

The energy crisis is already driving inflation to record highs, she said. Fahimi is calling for a price cap on energy for households. The rising costs for Co2 emissions mean further burdens for households and companies, Fahimi added. The crisis could lead to social and labor unrest, she said.

Economics Minister Robert Habeck said on Saturday that the government is working on ways to address the surging costs both utilities and their customers face, without giving details. Earlier he had warned that the squeeze on Russian gas supplies risks creating deeper turmoil, likening the situation to the role of Lehman Brothers in triggering the financial crisis in 2008.

Russia has reduced shipments through Nord Stream pipeline by 60% and the pipeline is scheduled for a full shutdown this month for maintenance. Germany has raised doubts that Nord Stream will resume supply after that.