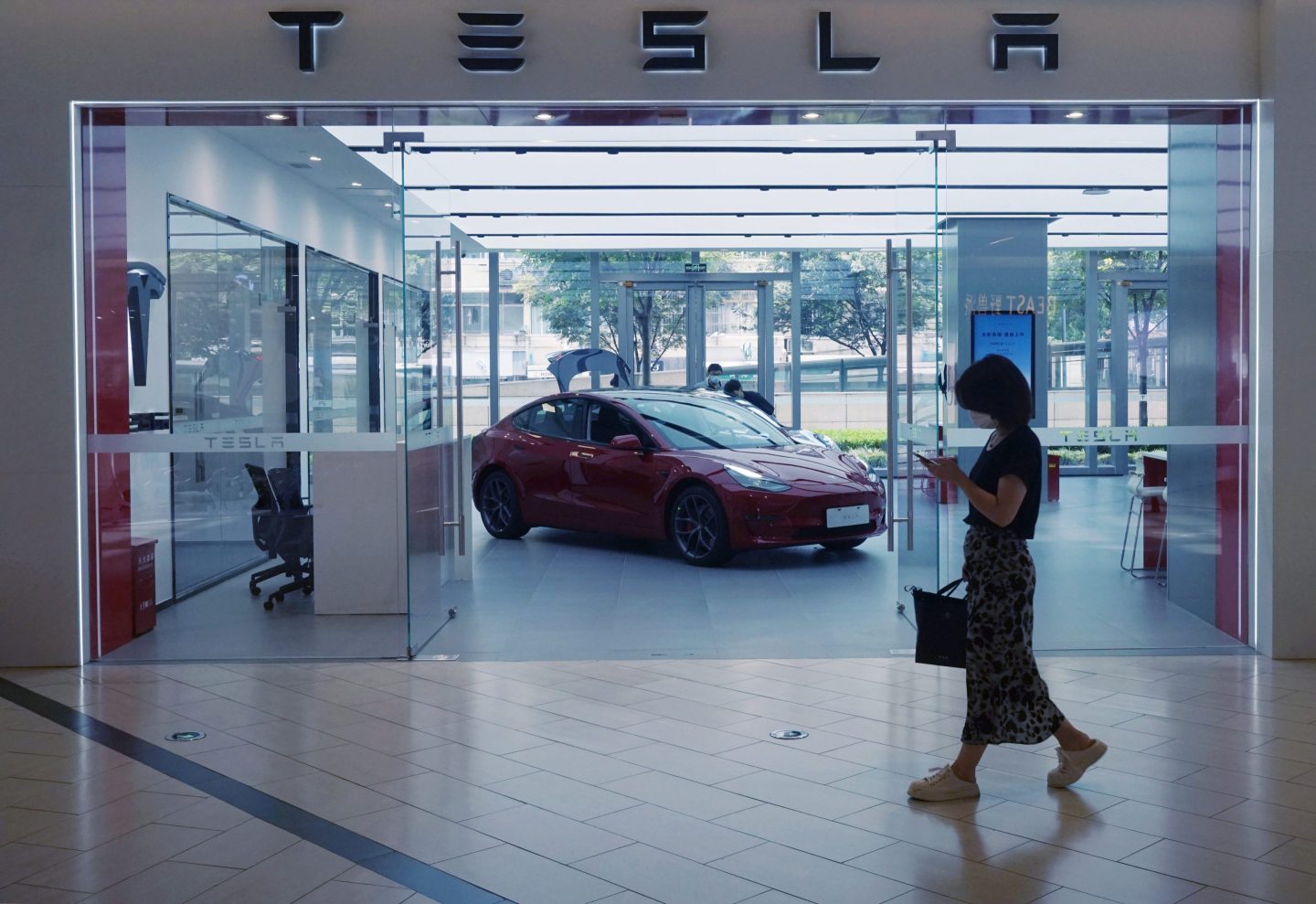 Tesla’s sales from April through June fell to their lowest quarterly level since last fall as supply chain issues and pandemic restrictions in China hobbled production of its electric vehicles.

The company on Saturday disclosed it sold more than 254,000 cars and SUVs from April through June, an 18% drop from the first three months of this year and also well below the pace in last year’s final quarter.

The last time Tesla sold fewer vehicles globally was in the third quarter of 2021, when it delivered 241,000.

On Friday, the rest of the industry reported a 21% drop in sales during the second quarter as the average price for vehicles skyrocketed to a record of $45,844 amid soaring inflation, according to J.D. Power.

Tesla’s sales drop may be a harbinger of weaker second-quarter earnings for the Austin, Texas, company, which is the world’s top-seller of battery-powered vehicles and has posted net profits for nearly three years. Tesla plans to release its full results for the April-June period on July 20.

Like many other stocks, Tesla shares have been hard hit this year. But the 35% decline in Tesla’s stock price hasn’t been entirely tied to the company’s see-sawing fortunes.

Tesla CEO Elon Musk also has made a $44 billion bid for Twitter, which he placed on hold after complaining that it has too many spam bot users who aren’t humans. Much of the erosion in Tesla’s value has occurred since Musk became Twitter’s largest shareholder and then launched a takeover bid that has raised concerns he has too much on his already crowded plate

Musk has used his own Twitter account, which now has more than 100 million followers, to discuss the pandemic restrictions that forced the Shanghai factory to temporarily close during the quarter. Wedbush analyst Dan Ives estimates that more than 40% of Tesla’s sales come from China, and that the Shanghai factory produced about 70,000 fewer vehicles due to the shutdowns.

But Tesla signaled things are getting better Saturday, saying it produced more vehicles during June than in any other month in its history. The company didn’t disclose the number of vehicles manufactured during June.

As of early Saturday afternoon, Musk hadn’t tweeted about Tesla’s second-quarter sales. But he created a bit of a stir late Friday with ending an uncharacteristically long nine-day silence on Twitter. His Friday tweets included one with him and four his children meeting with Pope Francis.

Tesla’s latest delivery numbers came out a week after the release of an interview with Musk in which he described new factories in Austin and Berlin as “money furnaces” that were losing billions of dollars because supply chain breakdowns were limiting the number of cars they can produce.

In a May 30 interview with a Tesla owners’ club that was just released last week, Musk said that getting the Berlin and Austin plants functional “are overwhelmingly our concerns. Everything else is a very small thing,” Musk said, but added that “it’s all gonna get fixed real fast.”

Musk also has discussed making salaried workers return to offices and a possible 10% cut in Tesla’s work force due to a possible recession.

Supply chain breakdowns since the onset of COVID-19 two years ago have been especially debilitating for automakers, who get parts from all corners of the globe. A lack of computer chips needed to run cars’ computers compounded automakers’ problems and sent prices for used and new cars skyrocketing.

As the pandemic erupted in the U.S. in 2020, automakers had to shut factories for eight weeks to help stop the virus from spreading. Some parts companies canceled orders for semiconductors. At the same time, demand for laptops, tablets, and gaming consoles skyrocketed as people stuck at home upgraded their devices.

By the time auto production resumed, chip makers had shifted production to consumer goods, creating a shortage of weather-resistant automotive-grade chips. Although Tesla has fared better than other automakers, the industry still can’t get enough chips.