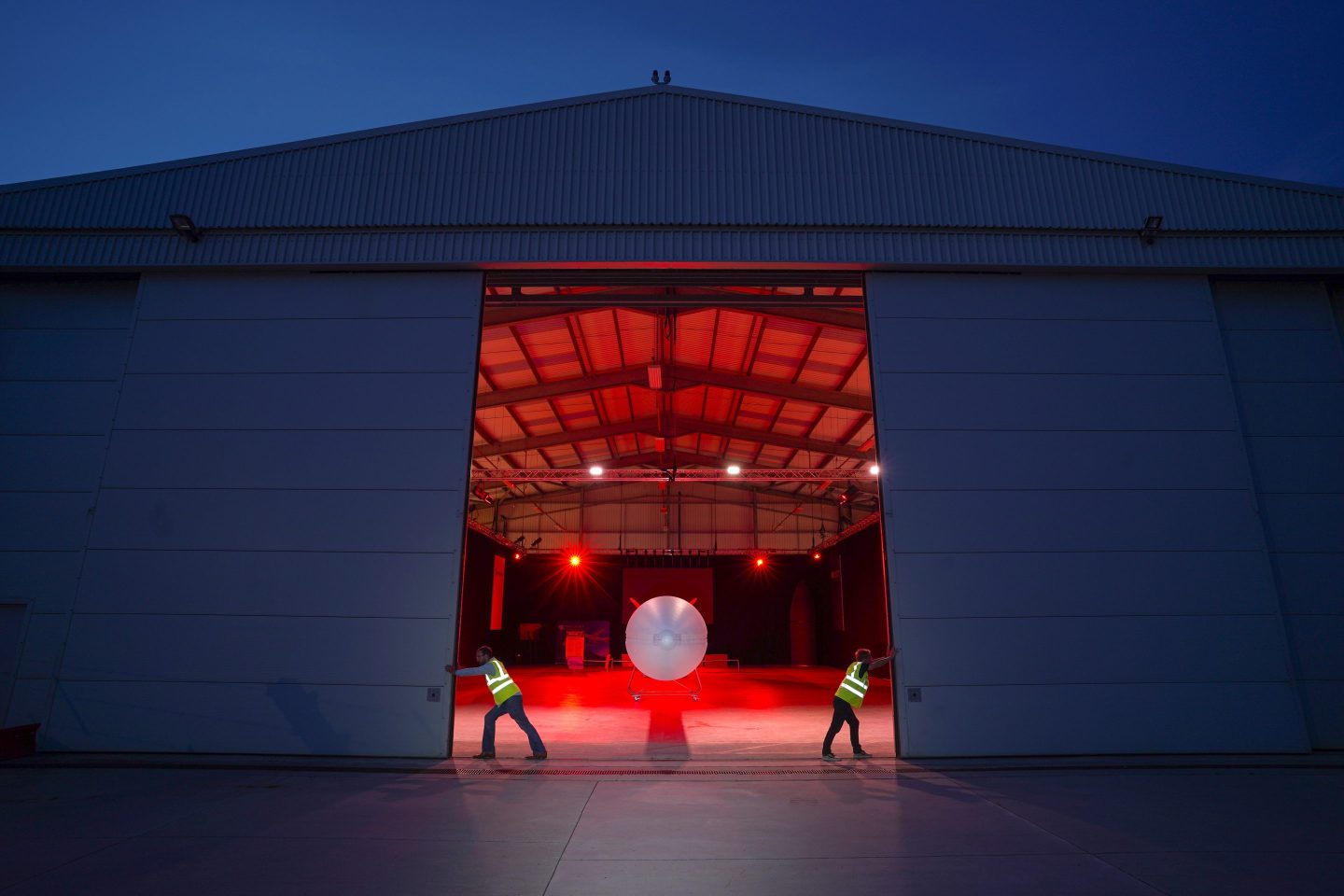 The Virgin Orbit Launcher One rocket in its hanger at Newquay Airport on Aug. 10, 2021, in Newquay, England.
Hugh R Hastings—Getty Images

The modified jumbo jet took off from Mojave Air and Space Port in the Mojave Desert and released the rocket over the Pacific Ocean, northwest of Los Angeles.

The launch was procured by the U.S. Space Force for a Defense Department test program. The seven payloads will conduct various experiments.

“And there we have it, folks!” the company tweeted shortly before 1 a.m. local time, about an hour after the rocket separated from the 747. “NewtonFour successfully reignited and deployed all customer spacecraft into their target orbit.”

It was Virgin Orbit’s fourth commercial launch and first night launch. The launch was originally scheduled for Wednesday night, but that attempt was scrubbed due to a propellant temperature issue.

Virgin Orbit named the mission “Straight Up” after the hit on Paula Abdul’s debut studio album “Forever Your Girl,” which was released through Virgin Records in 1988.

Virgin Orbit was founded in 2017 by British billionaire Richard Branson. It is headquartered in Long Beach, Calif., and currently conducts launches from the Mojave airport but is planning international missions.

Later this year, the company will launch two satellites on a mission flying out of Newquay Airport in Cornwall, England. The satellites will conduct radio signal monitoring tests in a joint project of the United Kingdom’s Ministry of Defense and the U.S. National Reconnaissance Office.