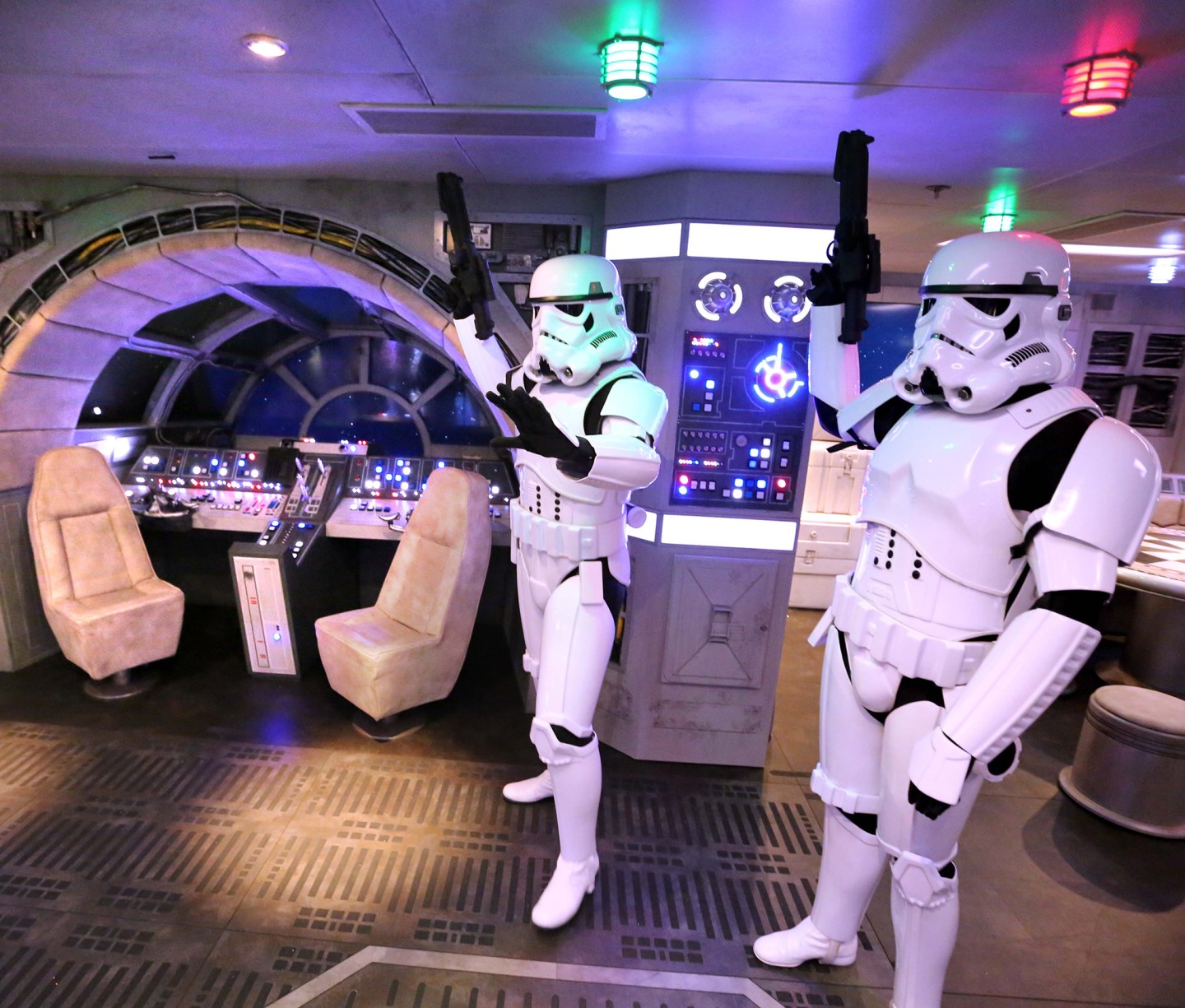 The Kaiburr Crystal, available exclusively on the company’s newest ocean liner, the Disney Wish, will carry the Force-choking price tag. (Prices to board the ship, which begins sailing July 15, run from about $1,800 to more than $26,000, depending when you want to travel, the length of your trip, and the stateroom you select.)

The drink is served aboard the ship’s Hyperspace Lounge, a bar that seems pulled from the Galactic Starcruiser hotel and, as you might expect from a $5,000 cocktail, is served with some flair—in this case, smoke, lighting, and sound effects.

So what, you might ask, is in the Kaiburr Crystal that justifies that sort of price tag? Good question, but one that (so far) has no answer. Disney hasn’t disclosed the ingredients—or, for that matter, said whether people who order one will get to keep the camtono container it comes in.

For those who don’t have $5,000 to spend on a single drink, other libations can be purchased at the Hyperspace Lounge for a more down-to-earth price.

The Disney Wish is the company’s first new ship in over a decade and the fifth in Disney’s fleet. Spanning 1,119 feet, it leans in on the Marvel and Frozen franchises and features the company’s first Disney attraction on board, called the AquaMouse water slide/water coaster.