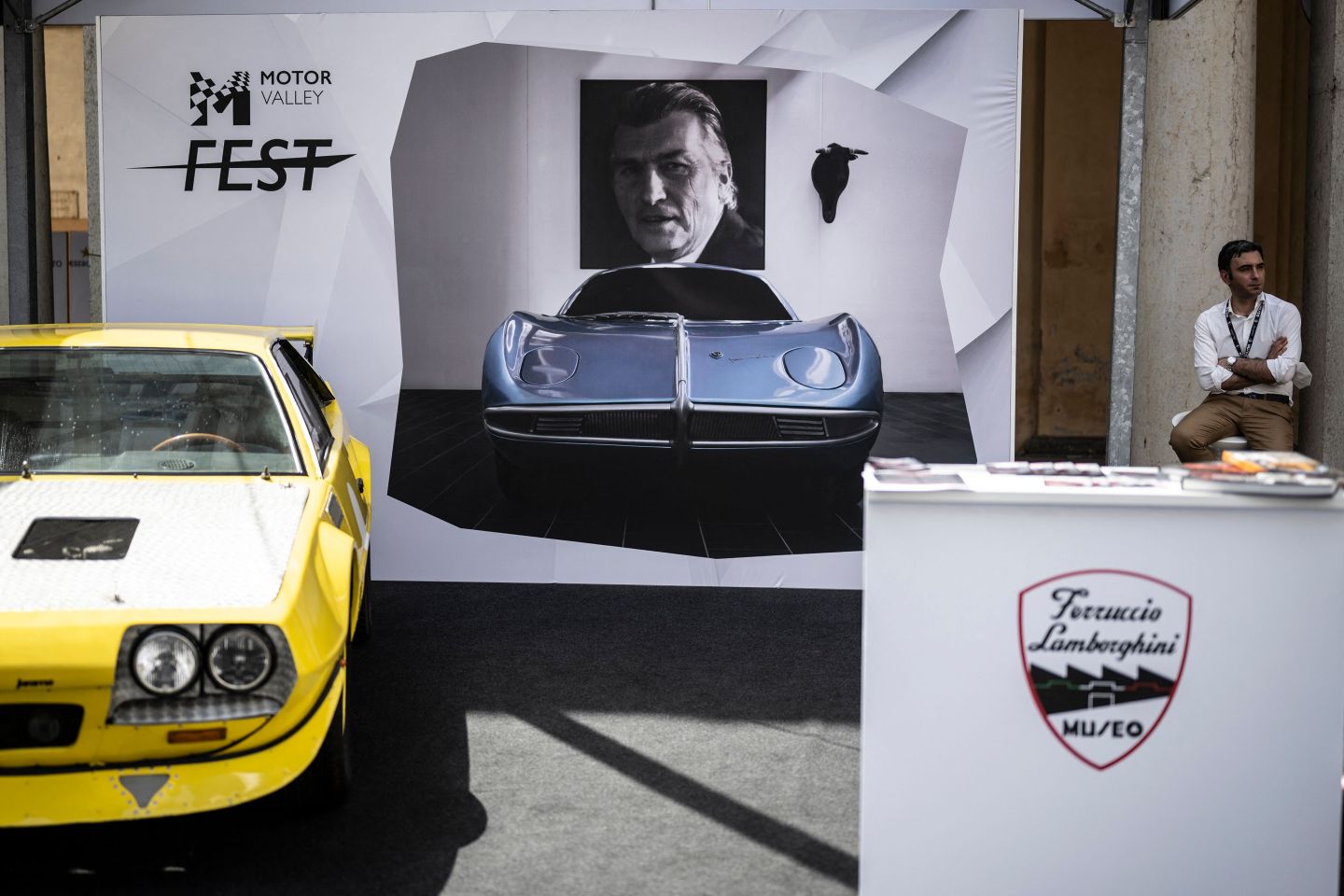 A portrait of late Italian automobile designer and industrialist, founder of Italian luxury sports car manufactuerer Lamborgini, Ferruccio Lamborghini, at the stand of a Museum dedicated to him in Modena, Northern Italy. Italy won some concessions on the emission rules for niche manufacturers like Lamborghini.
Marco Bertorello—AFP/Getty Images

European Union countries endorsed a push to eliminate carbon emissions from new cars by 2035, effectively heralding the end of the era of the internal combustion engine.

Environment ministers struck a deal on the proposal after Italy, home to Ferrari NV and Automobili Lamborghini SpA, gave up demands for a five-year delay in the EU’s plan for automakers to clean up their fleet. Italian Ecological Transition Minister Roberto Cingolani told his counterparts earlier on Tuesday he was “satisfied” with a compromise proposed by Germany that could enable the use of carbon-neutral fuels after 2035.

The agreement defines member states’ negotiating stance for further talks with the EU Parliament and the European Commission on the final shape of the bloc’s so-called Fit for 55 landmark greenhouse gas-reduction package. With EU lawmakers already in favor of giving up fossil fuels in the auto industry, it’s highly likely that most car companies will have to shift to producing electric models in little more than a decade.

“I have full confidence that the European car industry can manage,” Frans Timmermans, the commission’s executive vice-president, told the ministers as the heated talks were drawing to a close around 2 a.m. in Brussels on Wednesday. “Our carmakers are among Europe’s industrial leaders and they can continue to be that as they embrace this global shift.”

As part of the package, governments also agreed to strengthen the EU Emissions Trading System and bolster its price-control mechanism. They also want to delay by a year a new carbon market for heating and road transport fuel and create a climate fund to help mitigate the costs of the new cap-and-trade program for the most vulnerable.

“Thanks to this agreement, Europe is putting itself at a leading position in terms of addressing climate challenges and technology,” said French Energy Transition Minister Agnes Pannier-Runacher. “We’re also ensuring a just transition for each member state, each territory and each citizen.”

Along with four other member states, Italy had sought a 90% reduction in carmakers’ emissions by 2035, the year that the European Commission has targeted a full cut, as well as a longer exemption for small automakers. It won some concessions on derogation for niche manufacturers — like Lamborghini — who will be spared interim targets until the end of 2035, from 2029 proposed by the commission, according to France.

In an attempt to enable a compromise, Germany proposed a non-binding addition to the car emissions law that calls on the commission to propose registering vehicles running exclusively on carbon-neutral fuels after 2035.

The ministers also agreed to endorse the key parameters of a sweeping carbon market reform as proposed by the commission, including a 61% reduction of emissions in the cap-and-trade program by 2030 from 2005 levels. They want to strengthen a mechanism preventing excessive price spikes to curb speculation, and enable the release of 75 million carbon permits into the market. That would happen if the average auction price of allowances in six months is in excess of 2.5 time the average price of the two preceding years.

The deal also limits the size of the Social Climate Fund to 59 billion euros ($62 billion) from 72 billion euros proposed by the European Commission.