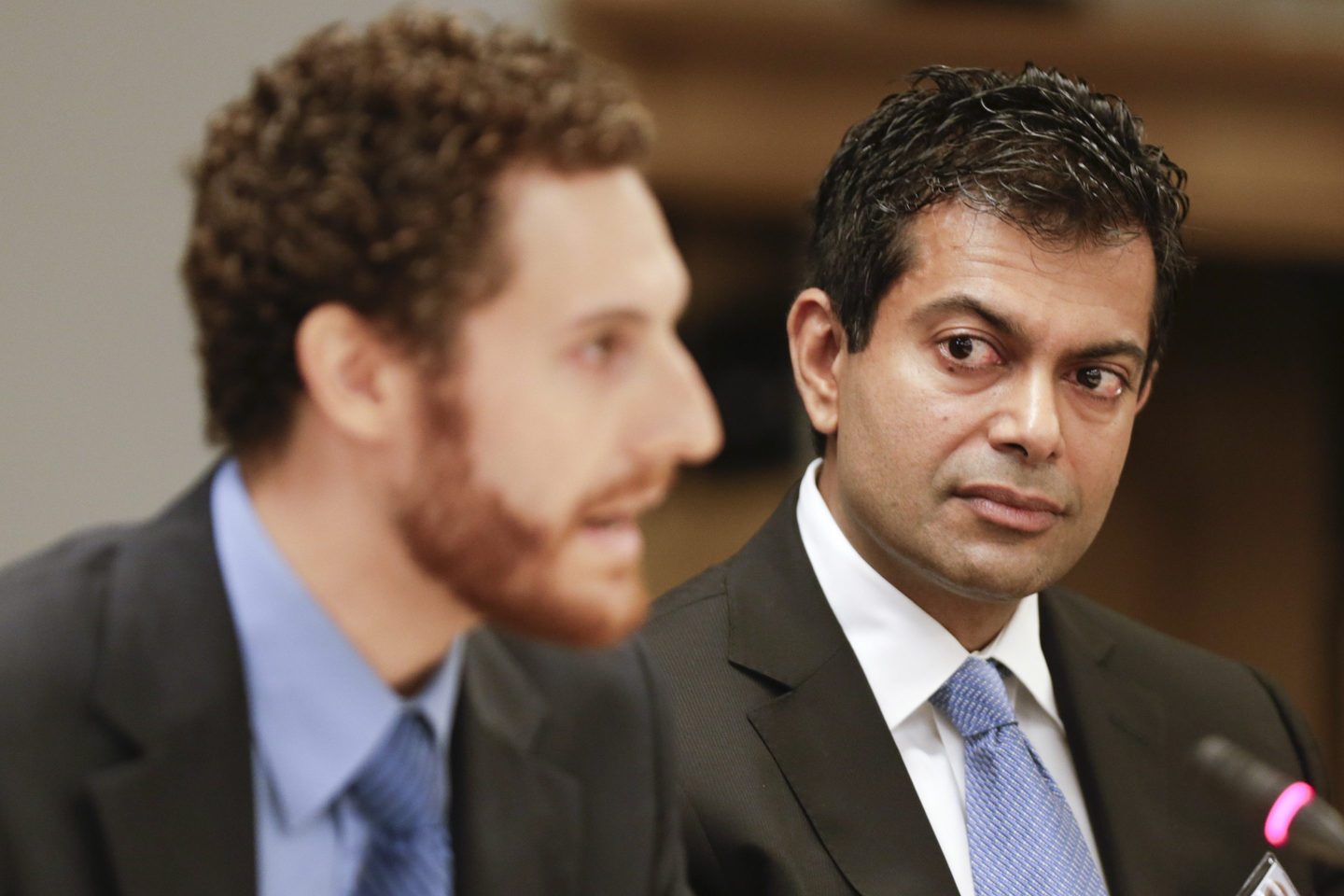 Citadel Securities’ Jamil Nazarali (at right) is leaving the firm after more than 10 years for a new crypto venture.
Andrew Harrer—Bloomberg/Getty Images

In an internal memo seen by Fortune, Citadel Securities CEO Peng Zhao wrote that Jamil Nazarali, global head of business development, is leaving to head up a recently unveiled crypto marketplace backed by some of the biggest names in finance and venture capital, including Virtu Financial, Charles Schwab, Sequoia, and Citadel Securities itself.

Originally described as a “cryptocurrency trading ecosystem,” the venture plans to build a marketplace where retail brokerages can have their clients’ orders to buy and sell crypto executed by any one of the market makers expected to be active on the platform, a person familiar with the effort told Fortune. The idea is to centralize more liquidity within the crypto markets so that investors’ orders can be executed at tighter spreads than what is currently available on more traditional crypto exchanges, the person said.

“Under Jamil’s leadership, this new marketplace will bring together the best of what is new in crypto with what has been proven to create better outcomes in traditional markets,” Zhao wrote in the note to employees of the soon-to-be-Miami-based market maker.

Wall Street institutions of all kinds have been mounting campaigns to wade further into crypto for months now.

From investment banks like Goldman Sachs to stock exchanges such as IEX to even custodian banks such as BNY Mellon, financial giants have begun piling into crypto over the past year in a concerted effort to provide a tint of institutionalization to the often wild world of digital assets with both investors and regulators as the crypto market descends further over fears of contagion spreading.

Citadel Securities seemingly began to lay the groundwork for its own debut in the space back in January when it opened itself up to outside investors for the first time by raising $1.15 billion from Sequoia and Paradigm, a crypto-focused venture capital firm that’s also involved in the new marketplace. And while founder Ken Griffin may still have his reservations about the space, the billionaire recognizes that “there are hundreds and millions of people in this world today who disagree,” he said in February, while adding that Citadel Securities was likely to begin engaging in crypto market making “over the months to come.”

“Investors have demonstrated significant interest in the crypto market, and the technology underpinning these assets is fascinating to many,” Citadel Securities’ Zhao wrote in the latest note. “However, as other industry leaders have also noted, we see challenges and risks involved in participating in today’s crypto markets as a result of regulatory uncertainty, conflicts of interest, inconsistent asset safekeeping, and poor vetting of counterparties.”

Nazarali’s exit caps off a more than decade-long run at Citadel Securities, where, most recently, he was in charge of expanding the Ken Griffin–founded firm’s reach into new asset classes, markets, and product lines. Before joining Citadel Securities in 2011, Nazarali spent much of 11 years at speedy trading company Knight Capital Group.

Citadel Securities COO Matt Culek will take over Nazarali’s responsibilities when he starts the new role next week.