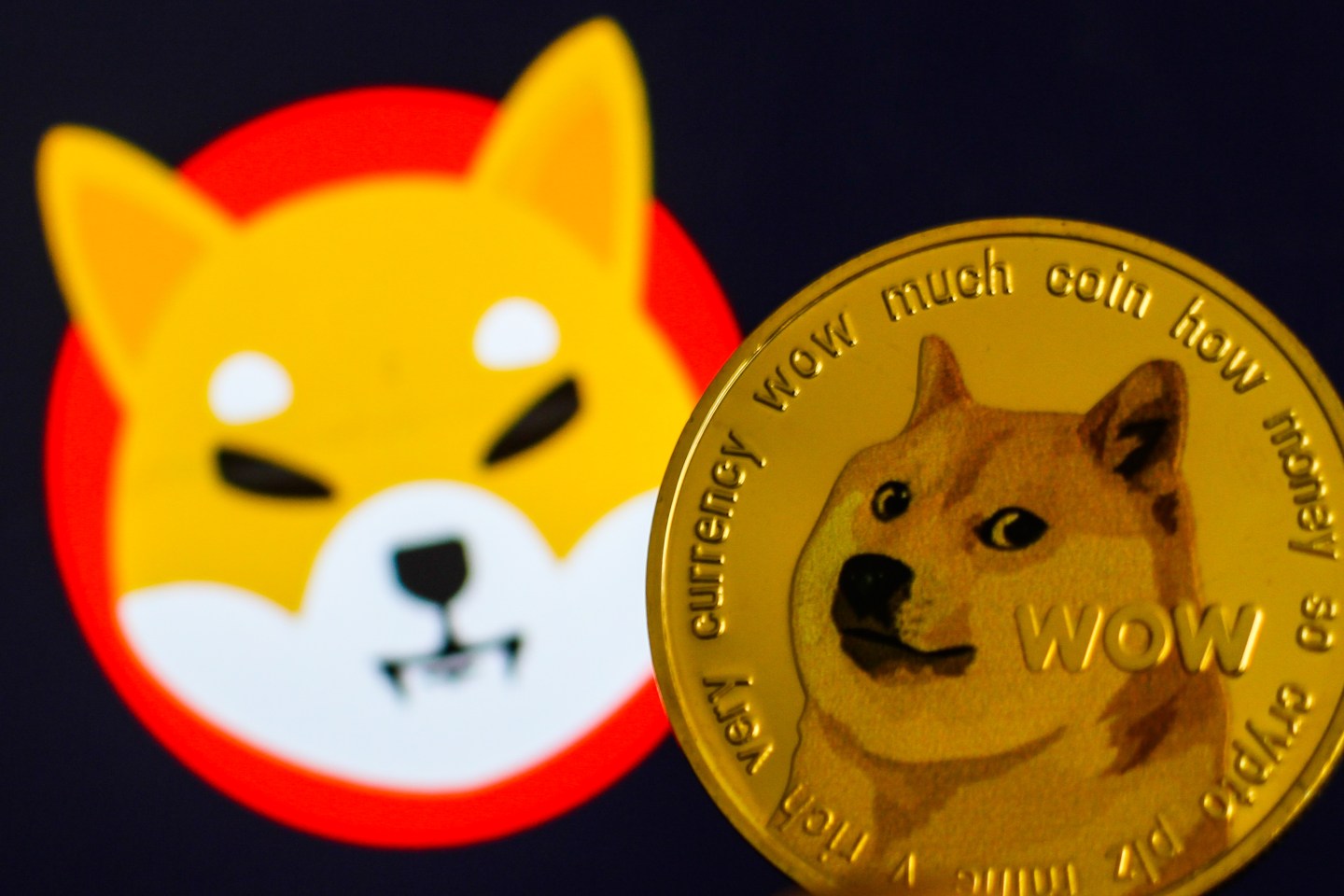 Shiba Inu and Dogecoin led seven-day returns as Bitcoin and other major cryptocurrencies broke above resistance levels and stabilized over the weekend.
Jakub Porzycki—NurPhoto via Getty Images

Shiba Inu (SHIB) and Dogecoin (DOGE) led seven-day returns as Bitcoin and other major cryptocurrencies broke above resistance levels and stabilized over the weekend.

Crypto and equity markets have rallied over the past week after Federal Reserve Chair Jerome Powell signaled a softened stance on rate increases. Powell said the agency’s commitment to reining in inflation, which is now at a 40-year high, was “unconditional,” adding that he expected economic growth to pick up in the second half after a sluggish start to the year, as previously reported.

Memecoins outperformed the broader market, with SHIB posting returns of over 40% and Dogecoin’s DOGE tokens climbing more than 30% over the period. The tokens fell in the past 24 hours on profit-taking. SHIB lost 6% and DOGE fell 7.4%.

SHIB rose to as high as $0.000011 on Sunday from last week’s low of $0.000008, while DOGE spiked to over 7 cents from last week’s 5-cent low. Such price action caused futures tracking the two tokens to rack up millions of dollars in liquidation losses, Coinglass data show.

“Traders buying meme tokens in this environment should be cautious before investing heavily in this asset class,” said Sebastian Ganjali, head of strategy, at trading developer Kryll.

Nevertheless, some observers said there may have been fundamental reasons behind the gains. “The parabolic move by SHIB is mainly fueled by the coming Shibarium protocol,” shared Adam O’Neill, CMO at crypto exchange Bitrue, in an email. “This move is also partly coming from SHIB burnt token that has reached a total of 400 trillion milestone.”

Bitcoin dropped under $21,000 in European hours on Tuesday as traders took profits, causing a 1.4% drop in crypto market capitalization over the past 24 hours. Ether lost 0.8%, while ADA and XRP fell 3.5%. Solana’s SOL dropped 4.5%, the most among majors, as the hype around its upcoming Saga mobile phone eased.