I’m the ‘effing president’: former White House aide says an enraged Trump lunged at Secret Service detail who refused to drive him to the Capitol on Jan. 6 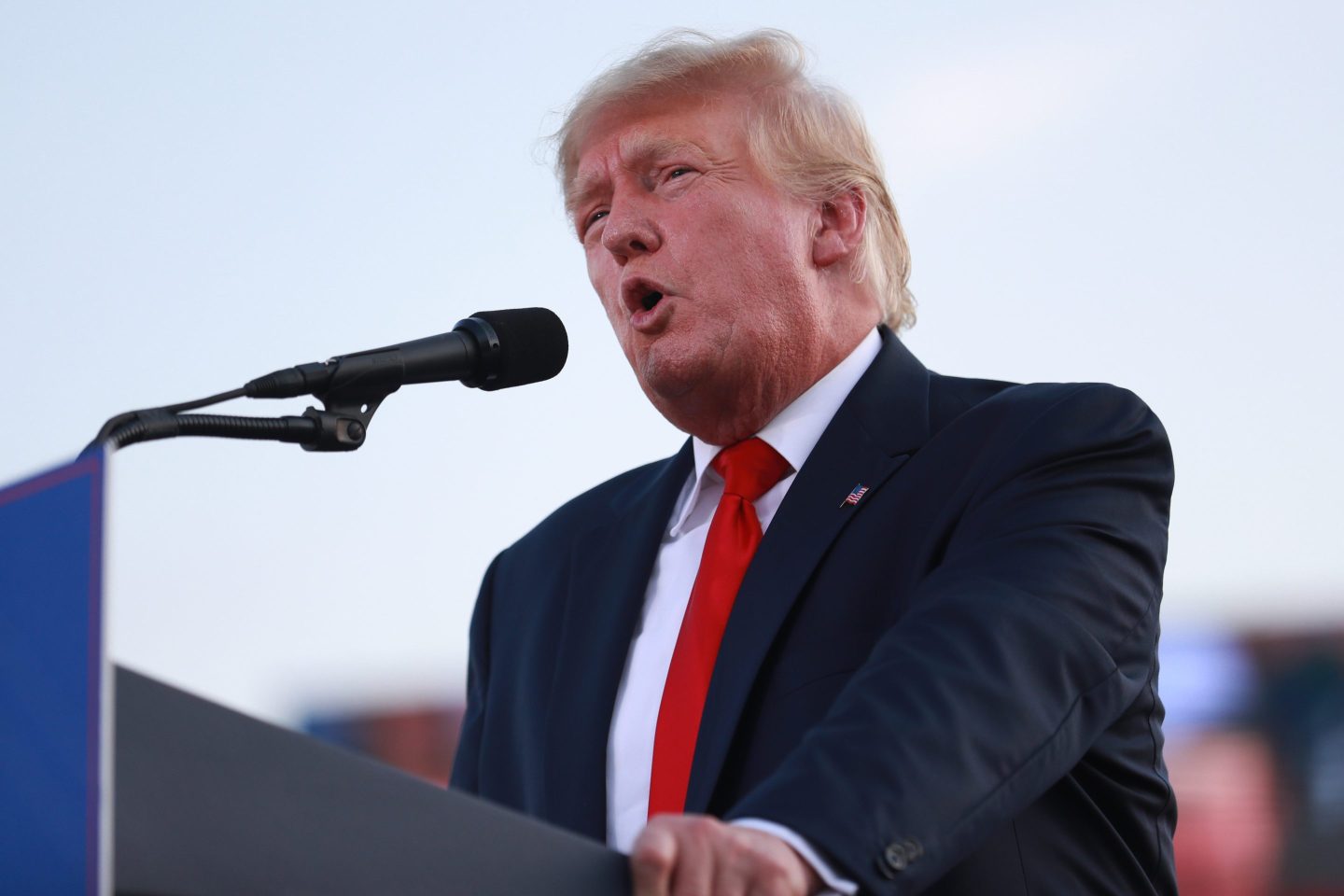 Former U.S. President Donald Trump gives remarks during a Save America Rally at the Adams County Fairgrounds on June 25, 2022 in Mendon, Illinois.
Michael B. Thomas—Getty Images

An enraged President Donald Trump tried to grab the steering wheel of his limousine and lunged at the head of his Secret Service detail who refused to drive him to the Capitol on Jan, 6, 2021, former senior White House aide Cassidy Hutchinson testified.

Hutchinson was delivering on Tuesday a steady stream of blockbuster testimony to the House committee investigating the attack on the U.S. Capitol on the day the 2020 election results were certified.

Hutchinson said Trump and White House staff were discussing a possible trip by Trump to the Capitol—including perhaps to the House chamber where the Electoral College votes were being counted—but White House Counsel Pat Cipollone urged Trump not to join the crowd.

“We’re going to be charged with every crime imaginable” if Trump accompanied rally goers to the Capitol, she said Cipollone told her, citing the crimes of obstructing justice and defrauding the Electoral Count Act.

Trump, however, was “irate” after his speech when he got into his presidential vehicle, Hutchinson relayed. He told his security detail he was the “effing president” and wanted to go, then tried to grab the steering wheel. Robert Engel, the head of Trump’s Secret Service detail, grabbed the president’s arm and Trump used his free hand to lunge at Engel’s neck, she said she was told by Deputy Chief of Staff Anthony Ornato.

Hutchinson said House Republican Leader Kevin McCarthy had also called her, angrily complaining that Trump had said he was marching to the Capitol.