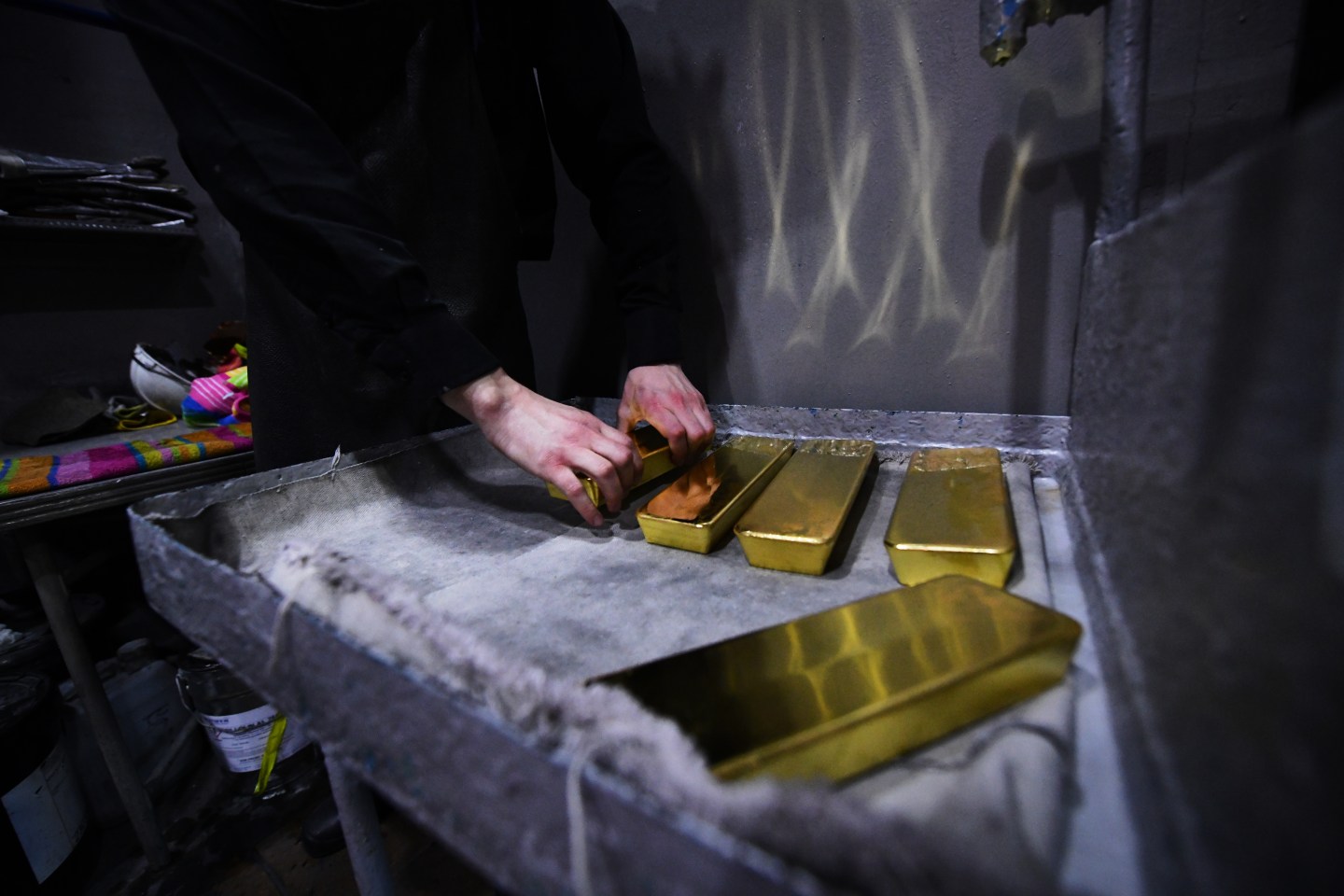 The U.S., UK, Japan, and Canada plan to announce a ban on new gold imports from Russia during a summit of Group of Seven leaders that’s getting underway Sunday.

Underpinned by London’s central role in the gold trade, “This measure will have global reach, shutting the commodity out of formal international markets” and delivering a “huge impact” on President Vladimir Putin’s ability to raise funds, the UK government said in a statement.

Shipments between Russia and London have collapsed to almost zero since western countries imposed sanctions on Russia for its invasion of Ukraine. The London Bullion Market Association, which sets standards for that market, removed Russian gold refiners from its accredited list in March.

“What this does is formalize what the gold industry has already done anyway,” said Adrian Ash, head of research at brokerage BullionVault.

The measure will apply to gold leaving Russia for the first time, and the Treasury Department will issue the U.S. ban on Tuesday, according to a person familiar with the plan. U.S. persons have been banned from engaging in gold-related transactions with Russia’s central bank, the country’s National Wealth Fund, and its finance ministry under an executive order signed by President Joe Biden on April 15.

While Western sanctions to punish Russia have largely closed European and U.S. markets to gold from the world’s second-biggest bullion miner, the G-7 pledge would mark a total severance between Russia and the world’s top two trading centers, London and New York. The other G-7 countries are Germany, France and Italy.

London has been one of the most important destinations for Russian precious metals: the $15 billion in Russian gold that arrived there last year made up 28% of UK gold imports, according to UN Comtrade data.

While refineries in theory could still import Russian gold directly, most of have sworn off doing so. The association for Swiss refiners, which dominate the industry, denied that its members bought gold from Russia after trade data indicated the nation’s bullion had entered the country.

With Russia’s elite rushing to buy gold in an attempt to avoid the financial impact of sanctions, the ban “will directly hit Russian oligarchs,” UK Prime Minister Boris Johnson said in the statement. The import ban, which will come into force shortly, will apply to newly mined or refined gold, according to the statement.

Flows of other metals from Russia such as copper, nickel and palladium have continued as the commodities industry grapples with managing a long-held relationship with a major supplier of the world’s raw materials.

Meanwhile, Russia’s gold industry is looking for new sales options, such as exporting more to China and the Middle East, which aren’t part of the G-7.