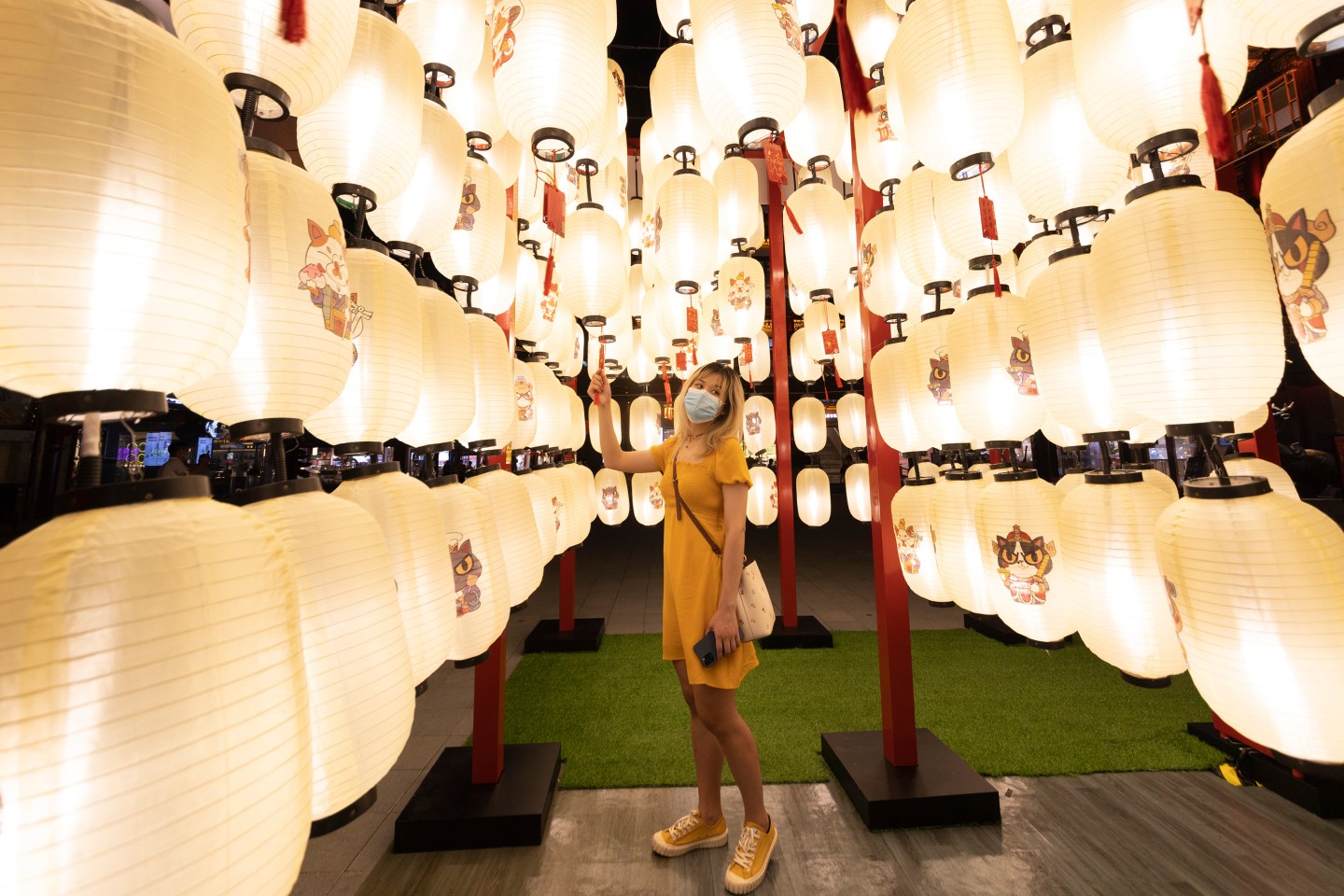 A girl with protective mask poses for photo at Yu Garden malls on June 25 in Shanghai, China.
Hugo Hu/Getty Images

Shanghai’s Communist Party chief Li Qiang declared victory in defending the city against COVID-19 at a local party congress over the weekend as authorities continued to ease measures in the hub of 25 million people.

There were two local asymptomatic cases in Shanghai outside of quarantine as of 5 p.m. Sunday, ending a two-day streak of no new local infections. Restaurants in some areas of the city with lower COVID risks can resume dine-in services starting from Wednesday, the municipal government said at a briefing on Sunday.

Those in communities or towns without medium-risk areas or infections found outside of quarantine in the past week will be allowed to resume dine-in at a limited capacity, an official said.

The Chinese city of Dandong, which borders North Korea, warned on Sunday of a persistent risk of new COVID-19 flareups as it gradually opens up from a weekslong lockdown. The city reported seven asymptomatic cases for Saturday—half the total number of cases in all of mainland China for the day.

A local disease control official said there was no clear origin for most of the cases in the current wave, which started May 24. The official added the city will carry out mass testings for all residents twice a week, according to a post on the city’s official WeChat account.

Beijing reported two local infections as of 3 p.m. Sunday. The capital is set to resume in-person classes for primary and middle schools on Monday. Li Yi, a spokesperson for the city’s education commission, said at a press briefing that two months’ remote learning is increasingly bringing “problems” to students, including on efficiency and their psychology.

Authorities in the gaming hub of Macau have decided to extend the suspension of public sector activities, except for emergency services, till at least July 1, according to a statement on the city government’s website. It reported 261 cases in the current outbreak and said a third round of mass testing will occur on Monday and Tuesday.