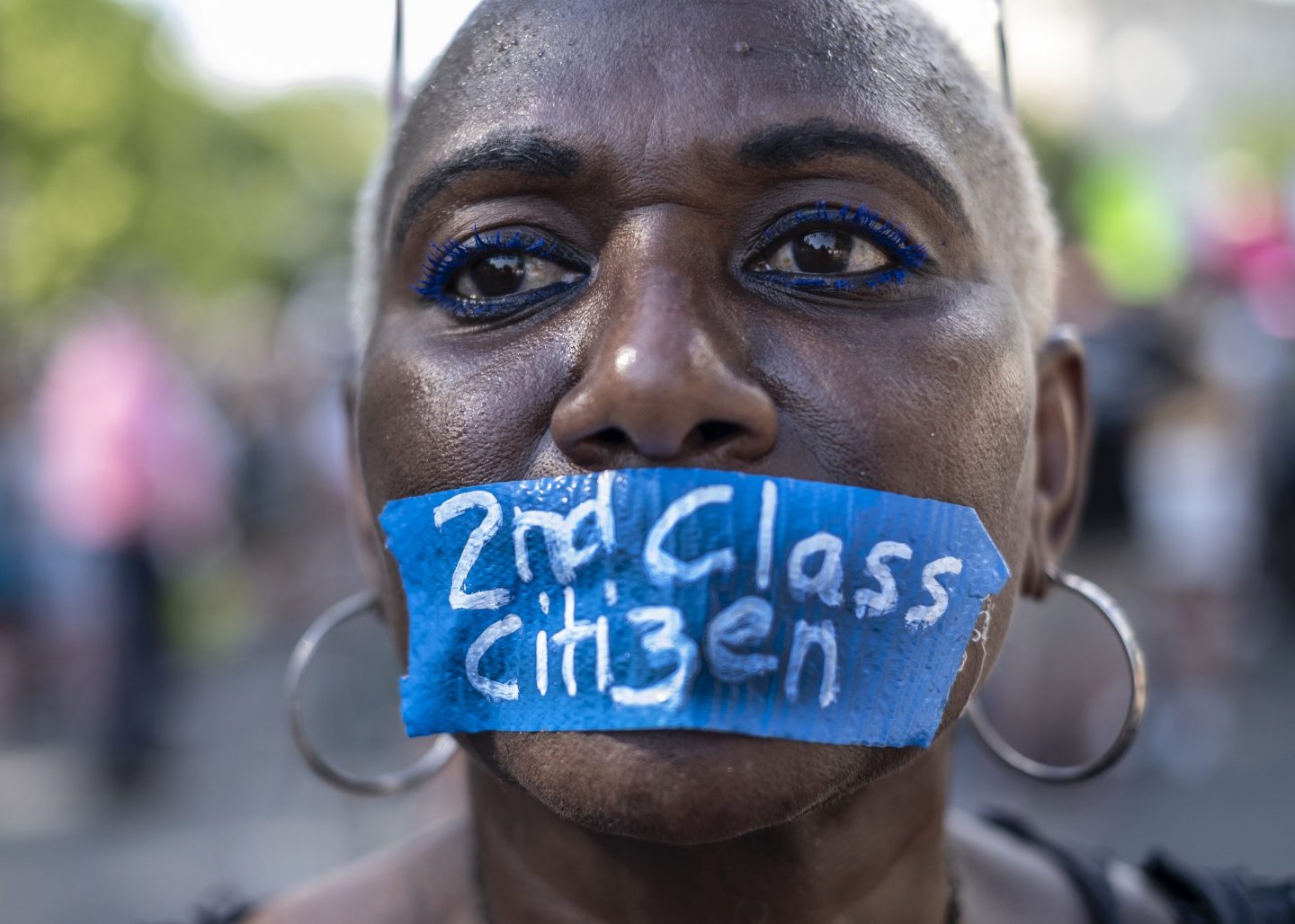 A CBS News poll suggested that a majority of Americans disapprove of the U.S. Supreme Court’s decision overturning the constitutional right to an abortion, which is inflaming a partisan divide on display in comments by senior lawmakers.

The poll, conducted Friday and Saturday, found 59% disapproved of the ruling, including 67% of women. While 78% of Republicans were in favor of the decision, 83% of Democrats disapproved. The survey has a margin of error of plus or minus 3 percentage points.

A concurring opinion by Justice Clarence Thomas in the Roe v. Wade decision raised the prospect for many Americans that other rights, including the rights to same-sex marriage and contraception, are now at risk.

Alito “set the right tone,” the South Carolina Republican said on “Fox News Sunday.” “He said nothing in this decision puts those cases at risk. He made a distinction between same-sex marriage and contraception, which I think will win the day over time.”

In response to the high court’s decision, President Joe Biden has directed the Department of Health and Human Services to ensure that mifepristone, an abortion drug, can be prescribed by telehealth and through pharmacies, and to make sure insurers don’t stop covering contraceptives, including emergency contraceptives, an official familiar with the process said Friday.

The Department of Justice will support the right to travel, and look to intervene in cases on behalf of people facing legal action for traveling to receive an abortion.

Within hours of the decision, Biden said “Roe is on the ballot” for US midterm elections in November.

South Dakota Governor Kristi Noem, a Republican, said her state has passed a bill opposing abortions that aren’t supervised by a physician. While abortion in South Dakota is now illegal except to “save the life of a mother,” the state will make efforts to “get resources to individuals who have an unplanned pregnancy,” she said on CBS’s “Face the Nation.”

If women receive the so-called abortion pill in the mail, “I don’t believe that mothers in this situation should ever be prosecuted,” Noem said on ABC’s “This Week.” “Now doctors who knowingly violate the law, they should be prosecuted, definitely.”

Democrats criticized the Supreme Court and its abortion decision, with Senator Elizabeth Warren saying “this court has lost legitimacy.” She renewed a call by some Democrats to expand the court, seen as a way to reshape its ideological balance.

“I believe we need to get some confidence back in our court,” the Massachusetts Democrat said on ABC. “And that means we need more justices on the United States Supreme Court.”

New York Representative Alexandria Ocasio-Cortez, a standard-bearer of progressive Democrats, alleged that the three justices nominated by former President Donald Trump lied about their stances on abortion during confirmation hearings, calling it “an impeachable offense.”

“There has been a weak Democratic strategy in the past and we cannot continue to use those same playbooks,” she said on NBC’s “Meet the Press.” “Right now, as I say, is that this is overtime for our democracy and we must be aggressive.”

Graham on Fox News portrayed the overturning of Roe v. Wade as a five-decade process of Republicans working “in the fields” to build majorities at the state level that ultimately led to Friday’s Supreme Court decision.

He said his advice to Democrats now seeking to reverse the tide is, “Elect people who agree with you at the ballot box.”