Bar abortion pills, but don’t punish women for them, South Dakota governor says: ‘I don’t believe women should ever be prosecuted’ 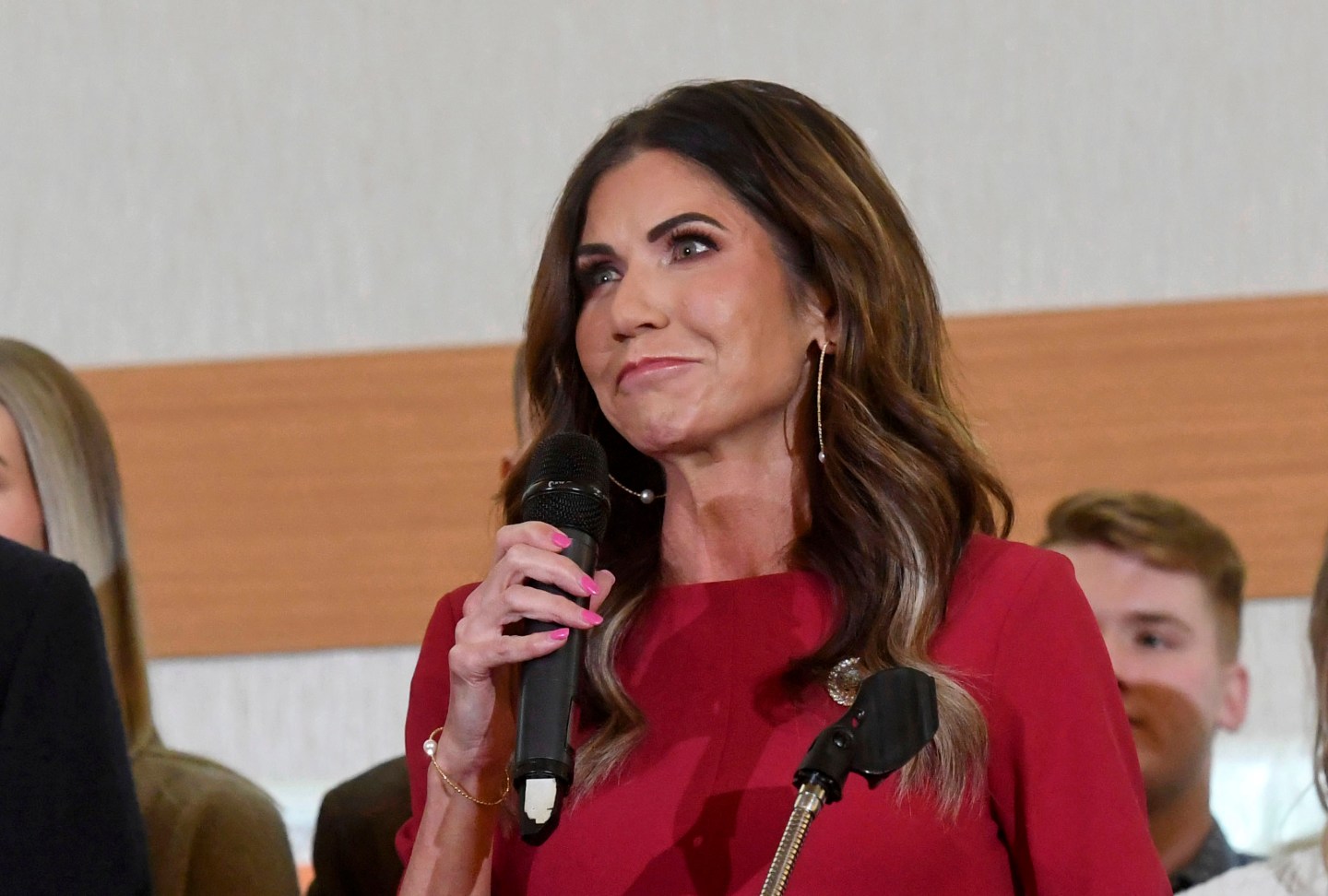 South Dakota’s Republican governor pledged on Sunday to bar mail-order abortion pills but said women should not face prosecution for seeking them.

In apparent defiance of legal guidance by the Justice Department after the Supreme Court last week stripped away women’s constitutional protections for abortion, Kristi Noem indicated in national television interviews that she would put in place a plan approved by state lawmakers to restrict the pills. The majority ruling Friday by the court’s conservative justices triggered abortion bans in South Dakota and elsewhere.

But Noem said doctors, not their patients, would likely be prosecuted for knowing violations of what would be one of the strictest laws on abortion pills in the United States.

“I don’t believe women should ever be prosecuted,” she said. “I don’t believe there should be any punishment for women, ever, that are in a crisis situation or have an unplanned pregnancy.”

At issue is mail-order or so-called telemedicine abortion pills, which have been on the rise in the country since 2000 when the Food and Drug Administration approved mifepristone—the main drug used in medication abortions.

More than 90% of abortions take place in the first 13 weeks of pregnancy, and more than half are now done with pills, not surgery, according to data compiled by the Guttmacher Institute, a research group that supports abortion rights. Abortion pills are expected to become in higher demand as over half the states are likely to move to ban abortions following the Supreme Court’s decision.

Noem, a strong opponent of abortion rights who faces reelection in November and is mentioned as a possible 2024 presidential contender, cast the distribution of abortion pills as unsafe and has called a special session to craft new laws.

“These are very dangerous medical procedures,” said Noem, referring to abortion pills. “We don’t believe it should be available, because it is a dangerous situation for those individuals without being medically supervised by a physician.”

In a state where Republicans hold super-majorities in both statehouse chambers, South Dakota lawmakers have been floating proposals that also would make it more difficult for women to seek an abortion out of state. South Dakota voters rejected outright bans in 2006 and 2008, and abortion rights advocates are preparing for a similar referendum on abortion access.

In a statement Friday, President Joe Biden’s attorney general, Merrick Garland, said the Justice Department will protect abortion providers and those seeking abortions in states where it is legal and will “work with other arms of the federal government that seek to use their lawful authorities to protect and preserve access to reproductive care.”

“In particular, the FDA has approved the use of the medication mifepristone,” he added. “States may not ban mifepristone based on disagreement with the FDA’s expert judgment about its safety and efficacy.”

The South Dakota law, passed in March, requires women seeking an abortion to make three separate trips to a doctor in order to take abortion pills and makes it clear that women in the state cannot get the pills through a telemedicine consultation. The law has been on hold after a federal judge in February ruled it likely “imposes an undue burden on a person’s right to seek an abortion.”

Two drugs are required. The first, mifepristone, blocks a hormone needed to maintain a pregnancy. A second drug, misoprostol, taken one to two days later, empties the uterus. Both drugs are available as generics and are also used to treat other conditions.

The FDA last year lifted a long-standing requirement that women pick up abortion pills in person. Federal regulations now also allow mail delivery nationwide. Even so, roughly 19 states have passed laws requiring a medical clinician to be physically present when abortion pills are administered to a patient.

South Dakota is among them, joining several states, including Texas, Kentucky, Arkansas, Ohio, Tennessee and Oklahoma, where Republicans have moved to further restrict access to abortion pills in recent months.

One portion of the South Dakota law, which will take effect in July, contains a section that does not hinge on the federal courts: increasing to a felony the punishment for anyone who prescribes medication for an abortion without a license from the South Dakota Board of Medical and Osteopathic Examiners.

A broader court decision is pending in the wake of the Supreme Court ruling.

Noem spoke on ABC’s “This Week” and CBS’ “Face the Nation.”