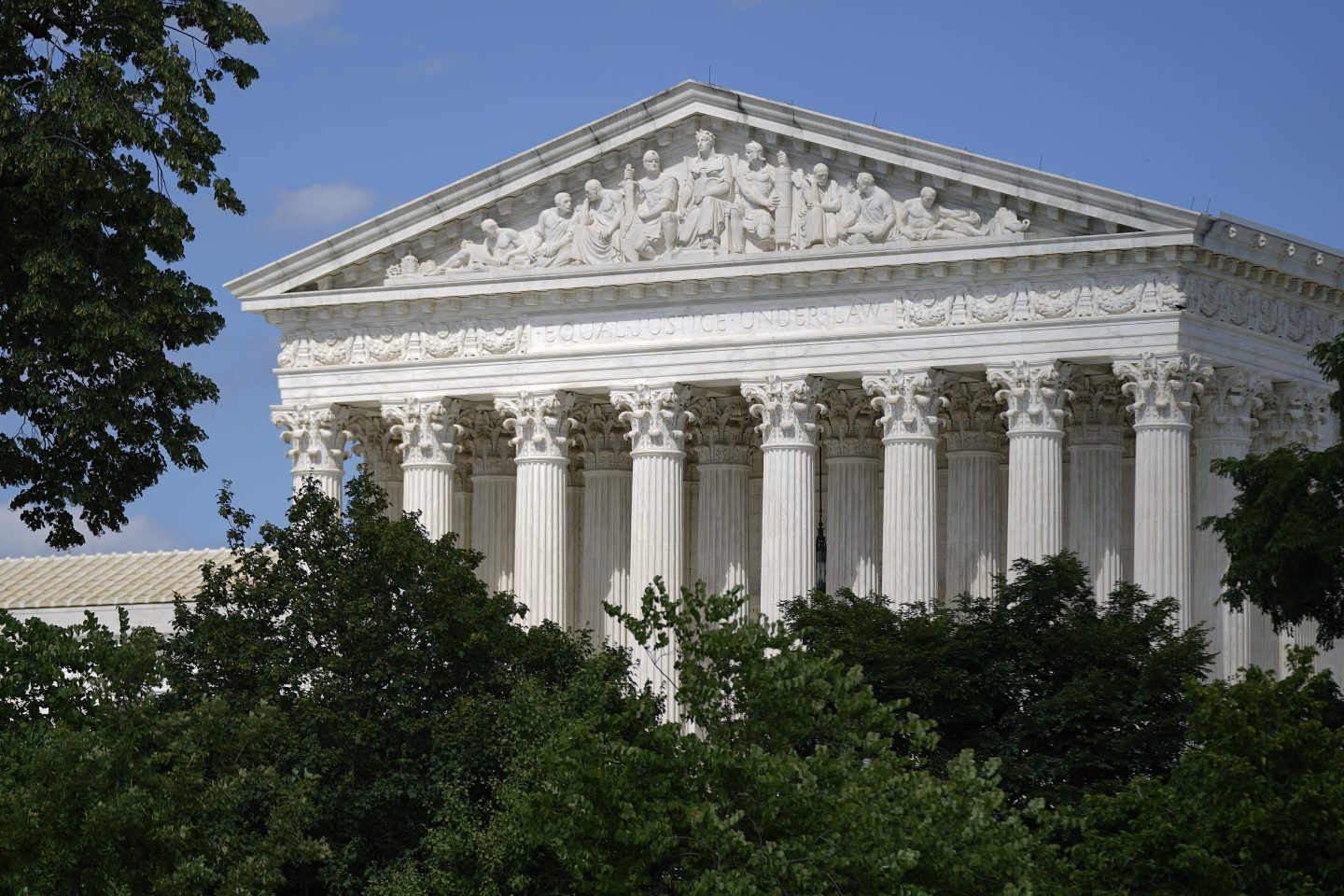 In a 6-3 decision, the Supreme Court ruled that police officers can't be sued for failing to provide a Miranda warning for criminal suspects.
Patrick Semansky—AP Photo

The Supreme Court on Thursday ruled that law enforcement officers can’t be sued when they violate the rights of criminal suspects by failing to provide the familiar Miranda warning before questioning them.

The justices ruled 6-3 in favor of a sheriff’s deputy who was sued after he failed to read a Miranda warning—“You have the right to remain silent,” it begins—to a Los Angeles hospital worker accused of sexually assaulting a patient.

The issue in the case was whether the warning given to criminal suspects before they talk to authorities, which the court recognized in its Miranda v. Arizona decision in 1966 and reaffirmed 34 years later, is a constitutional right or something less important and less defined.

Justice Samuel Alito wrote in his majority opinion that “a violation of Miranda is not itself a violation of the Fifth Amendment” and “we see no justification for expanding Miranda to confer a right to sue” under the federal law known as Section 1983. The law allows people to sue police officers and other governmental workers for violations of constitutional rights.

In dissent for the court’s three liberals, Justice Elena Kagan wrote that the decision “prevents individuals from obtaining any redress when police violate their rights under Miranda.”

The case began when a woman who suffered a stroke said she was assaulted at a Los Angeles hospital and identified hospital worker Terrence Tekoh as her attacker. Los Angeles County Sheriff’s Deputy Carlos Vega talked to Tekoh, who signed a statement confessing to the assault.

Both sides agree that Vega did not read Tekoh his rights before their conversation at the hospital. But they disagree about whether Tekoh was coerced into confessing.

Even with the statement used against him at trial, a jury acquitted Tekoh of criminal charges. Tekoh then turned around and sued Vega, who twice prevailed at civil trials over his conduct. But a federal appeals court ruled Tekoh should have another chance.

The deputy appealed to the Supreme Court, which agreed to hear the case.