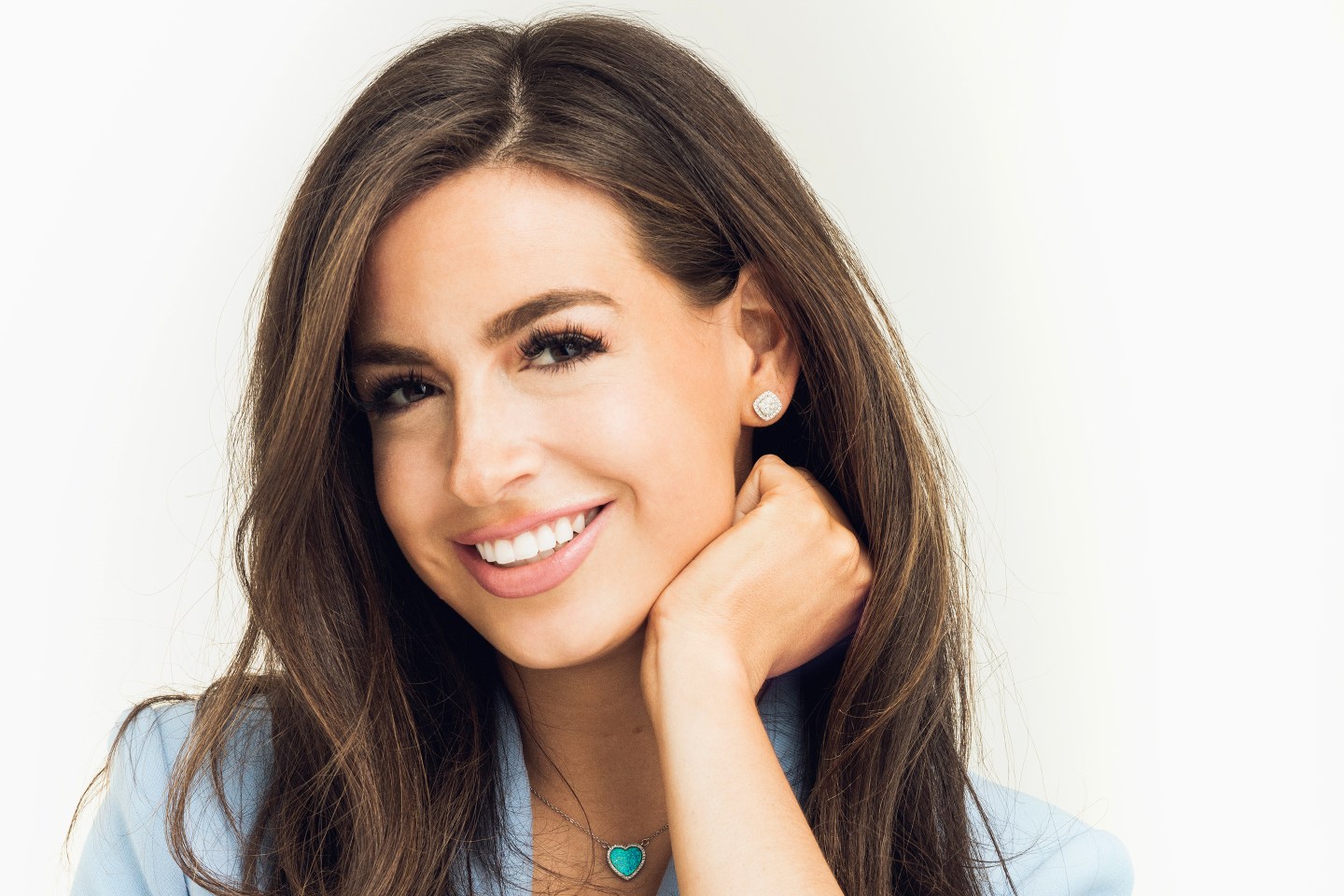 Growing up, Haley Hoffman Smith had a variety of dreams for her future career, including becoming an actress or a singer, or having her own talk show.

She never imagined she’d be earning $30,000 a month as a solo entrepreneur and TikTok influencer.

But Hoffman Smith began her career on a more traditional note.

Originally from Denver, Hoffman Smith went to University of Colorado Boulder as an undergrad. There she founded a nonprofit called Live Without Dreams, which donated books to girls in developing countries.

She transferred to Brown in her junior year, where she learned more about entrepreneurship and founded the first-ever women’s entrepreneurship incubator. In 2018, she graduated and moved back to Colorado, where she took a job at a startup but later quit to pursue a more creative path.

In February 2020, at the start of the pandemic, she moved to NYC and started a copywriting agency but still didn’t feel completely fulfilled.

Hoffman Smith, then 23, still wanted to be in the creators’ space, so she turned to TikTok.

“I would film TikToks during the afternoon, but in order to get to a place where I could film TikToks, I was like ‘OK, Haley, you have to write, like, five client articles this morning, and then it’s TikTok time,’” Hoffman Smith tells Fortune.

Her TikTok audience gave her the confidence to launch a personal development brand to help others find happiness and achieve personal and professional goals.

Today, Hoffman Smith is a full-time entrepreneur and says she makes $30,000 a month from her businesses.

As her TikToks got more views, Hoffman Smith started receiving coaching requests from her followers. She also began to focus on sharing her spiritual beliefs, and how they helped her find confidence and success.

Hoffman Smith says she’s always been spiritual, but she never shared it publicly. Eventually, she realized that opening up about her beliefs could help other people.

Hoffman Smith often talks about angel numbers, which is when you see repeating numbers such as 111 or 555. “It’s like you could call it a coincidence, but it’s not,” Hoffman Smith explains.

She also evangelizes the benefits of EFT tapping, which is short for “emotional freedom technique.”

“The notion is that we’re using meridian points, which are very much based in Chinese medicine, to clear the emotional charge or the energy associated with certain beliefs or memories,” Hoffman Smith says.

Proponents of tapping say the practice allows you to go back to a memory charged with emotion, tap into it, and clear it. Therapists have used this technique on patients to help with trauma, fear, distress, and insecurities. Hoffman Smith isn’t a licensed therapist or medical professional.

“Opening your mind to new possibilities changes how you experience your reality from a neuroscience perspective,” Hoffman Smith says.

Hoffman Smith’s primary source of income is being a content creator, and she’s been compensated for partnering with brands including Amazon Alexa, CosmoLiving, and Bumble.

She also does one-on-one coaching and group sessions, and offers other courses to her audience.

She’s also the host of her own podcast, Big Conversations With Haley Hoffman Smith, where she talks about business strategies, inviting abundance into your life, and healing self-limiting beliefs.

Hoffman Smith also has a private community via The Mighty Network called the Dreamaway, which offers subscriptions at different price points. Every Sunday, Hoffman Smith offers the group an energy reading for the week ahead, and members can join workshops that address various topics, like gratitude and manifesting money.

She also hosts Slingshot Sessions, where subscribers can practice EFT tappings as a group. These 90-minute sessions are priced at $111 per person.

One-on-one calls and coaching can be accessed through Patreon, where access to Hoffman Smith’s content ranges from $22.22 to $333 per month. A one-on-one coaching call costs $750 an hour.

Her entrepreneurship has afforded Hoffman Smith a life in New York City and has allowed her to continue pursuing her dreams. In May she released her first song, “Worth the Flight.” “I’ve been able to return to my original dream, which was music,” Hoffman Smith says.

When asked about advice she would give to people entering the entrepreneurship space, Hoffman Smith emphasizes serving your customers.

“The more you can focus on how you’re serving others, the better,” she says.

She also emphasizes the importance of genuinely enjoying what you do for finding success.

“Make sure it is something you truly enjoy doing. I don’t think that thinking from the perspective of what makes you the most money is the best way to go about it,” Hoffman Smith says. “The more that you help the world and love what you do, the more abundance you attract.”