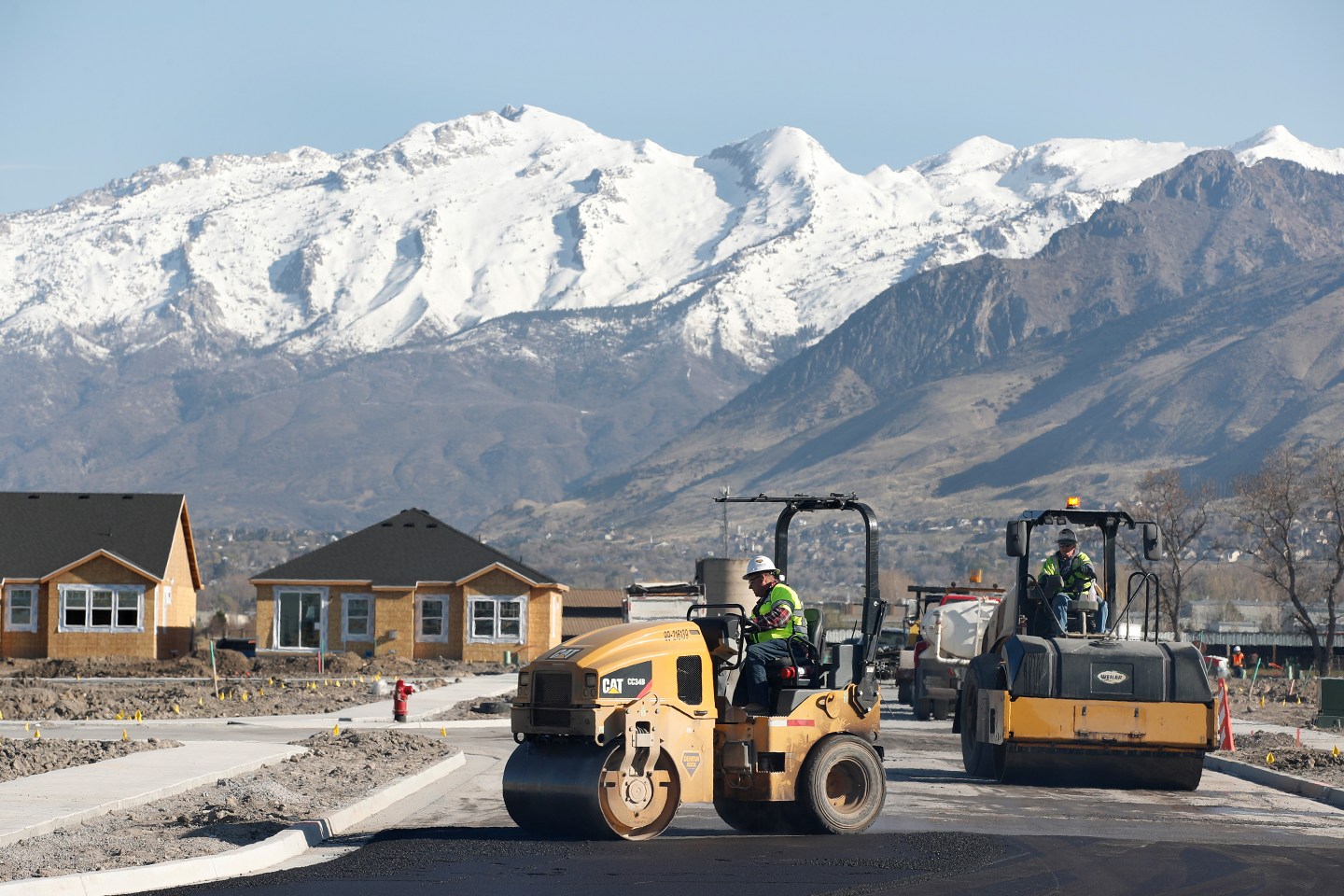 Even in a hot housing market, it’s commonplace for some sellers to cut their list price. A seller might decide they want to test the market’s limits only to learn they got a bit too greedy. It’s sometimes even by design: That slashed price tag, of course, makes buyers feel like they’re getting a deal.

But if a regional housing market sees a huge uptick in price cuts, it usually means things are beginning to cool down. That’s exactly what we’re seeing now.

This swift cooldown—which Fortune has dubbed the Great Deceleration—is hardly even. Among the 108 regional housing markets that Redfin measured, 29 saw more than 30% of its home listings get a price cut in May.

The regional housing markets seeing the most price cuts are in the very places that soared the most during the pandemic. Look no further than Provo, Utah. The market, just a short drive from several ski slopes, saw a huge influx of remote workers during the pandemic. Between May 2020 to May 2022, home prices spiked 65.7% in Provo—well above the 37% spike that occurred nationally during the first 24 months of the pandemic. But as that pandemic housing boom fizzled out last month, things shifted quickly. In May, a staggering 47.8% of Provo sellers slashed their list price. That’s up from 12.2% in May 2021.

But don't be mistaken: These list cuts don't mean home prices are falling on a year-over-year basis across the nation. At least not yet. It's normal for home prices to begin to fall on a month-over-month basis as the hot spring market fades and the slower summer months set in. We'll still need to wait longer to see if a year-over-year price drop—historically rare—will manifest.

This nationwide housing market cooldown is by design.

Earlier this year, the Federal Reserve made it clear that it was flipping into inflation-fighting mode. That saw financial markets quickly price up mortgage rates. Over the past six months, that has sent the average 30-year fixed mortgage rate up from 3.2% to 6.07%. That's a bigger deal than it first appears. If a borrower in December took out a $500,000 mortgage at a 3.2% fixed rate, they'd see a principal and interest payment of $2,162. At a 6.07% rate, that spikes to $3,020 per month over 30 years.

That spike in mortgage rates, coupled with record home price appreciation, has priced out many would-be home shoppers. Some borrowers, who must meet strict debt-to-income ratios, have lost their mortgage eligibility altogether. All of that demand destruction has been enough to push the U.S. housing market into cool-down mode.

Even the source of this data hasn't been spared. Just last week, Redfin announced it would lay off 8% of its staff. The reason? "Shortfalls in Redfin’s revenues, not in the people being let go…With May demand 17% below expectations, we don’t have enough work for our agents and support staff," the company wrote.

Where do we head next? The cooling in the housing market should continue to intensify through the summer months. Freddie Mac deputy chief economist Len Kiefer says we've entered into the “most significant contraction in activity since 2006." As home sales fall and inventory rises, the odds increase that home prices could actually fall on a year-over-year basis.

"I'd say if you are a homebuyer…or a young person looking to buy a home, you need a bit of a reset. We need to get back to a place where supply and demand are back together and where inflation is down low again, and mortgage rates are low again," Fed chair Jerome Powell told reporters last week.