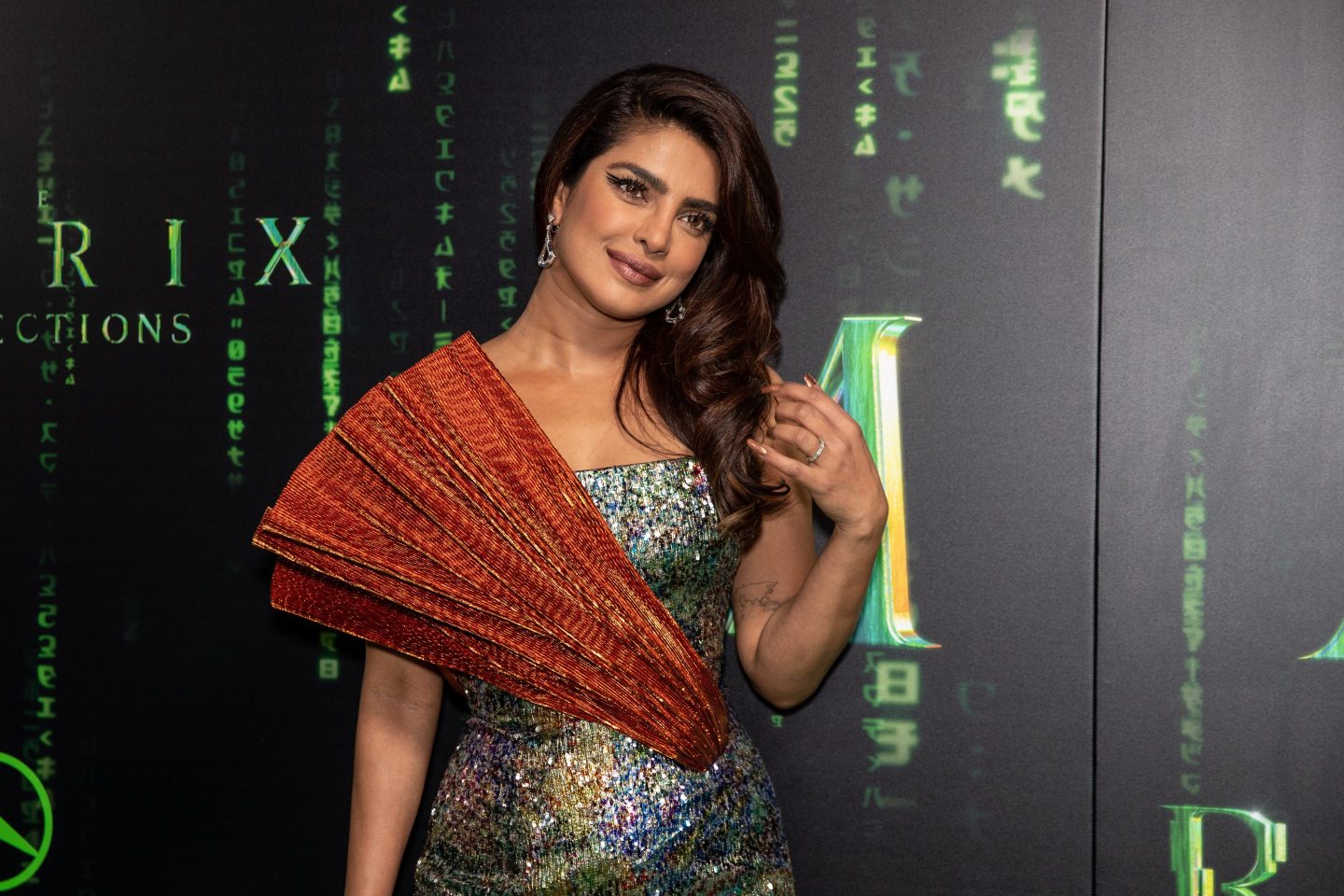 Priyanka Chopra Jonas, pictured on Dec. 18, 2021, in San Francisco, spoke out against an Indian TV commercial that has been widely criticized as promoting rape culture.
Miikka Skaffari—FilmMagic/Getty Images

An Indian perfume brand has apologized after a television commercial for one of its products was widely condemned for promoting rape culture, but said the ad was simply “wrongly perceived.”

The advertisement, for a male body spray called Layer’r Shot, shows four men seemingly watching a woman in a grocery store before one of them uses the product.

“We’re four, and there’s only one,” one of the men remarks as the men stare at the woman.

One of his companions adds: “So who will take the shot?”

As the woman begins to appear scared, the camera then pans to reveal the men are looking at and discussing the Layer’r Shot body spray.

“We never intended to hurt anyone’s feelings or outrage any women’s modesty or promote any sort of culture, as wrongly perceived by some,” Layer’r Shot said in a statement posted to social media on Monday.

“However, we sincerely apologise for the advertisements that consequently caused rage amongst individual and several communities and beg their pardon.”

The company added that it had voluntarily informed its media partners to stop broadcasting the commercial from June 4.

A number of high-profile figures criticized the advert for making light of gang rape.

It was broadcast just a week after a 17-year-old girl was reportedly sexually assaulted by multiple perpetrators in the Indian city of Hyderabad—the latest in a string of similar crimes that have plagued the country in recent years.

Actress Priyanka Chopra said in a tweet on Saturday that the commercial was “shameful and disgusting.”

“How many levels of clearances did it take for this commercial to be green lit?” she said. “How many people thought this was ok? I’m so glad that it was called out and now the ministry has taken it down. Appalling!”

Bollywood actress Richa Chadha said on Twitter on Saturday that the advert “is not an accident.”

“To make an ad, a brand goes through several layers of decision making,” she said. “Creatives, script, agency, client, casting…DOES EVERYONE THINK RAPE IS A JOKE? Revelatory! This brand [and] the agency that made this ad need to be sued for the filth they’re serving.”

“What incredibly tasteless and twisted minds it must take to think up, approve and create these stinking body spray ‘gang rape’ innuendo ads,” he said in a tweet.

Ashok Swain, a professor of peace and conflict research at Sweden’s Uppsala University, said in a tweet that the commercial “romanticized gang rape.”

Before the commercial was taken off air, the Delhi Commission for Women wrote to India’s Broadcasting Minister Anurag Thakur to demand it was no longer allowed airtime, and asked that the perfume brand be fined to deter others from making similar adverts, according to the Economic Times of India.