The Queen waved Sunday during her Platinum Jubilee celebration—but not from her gold state coach. That was a hologram 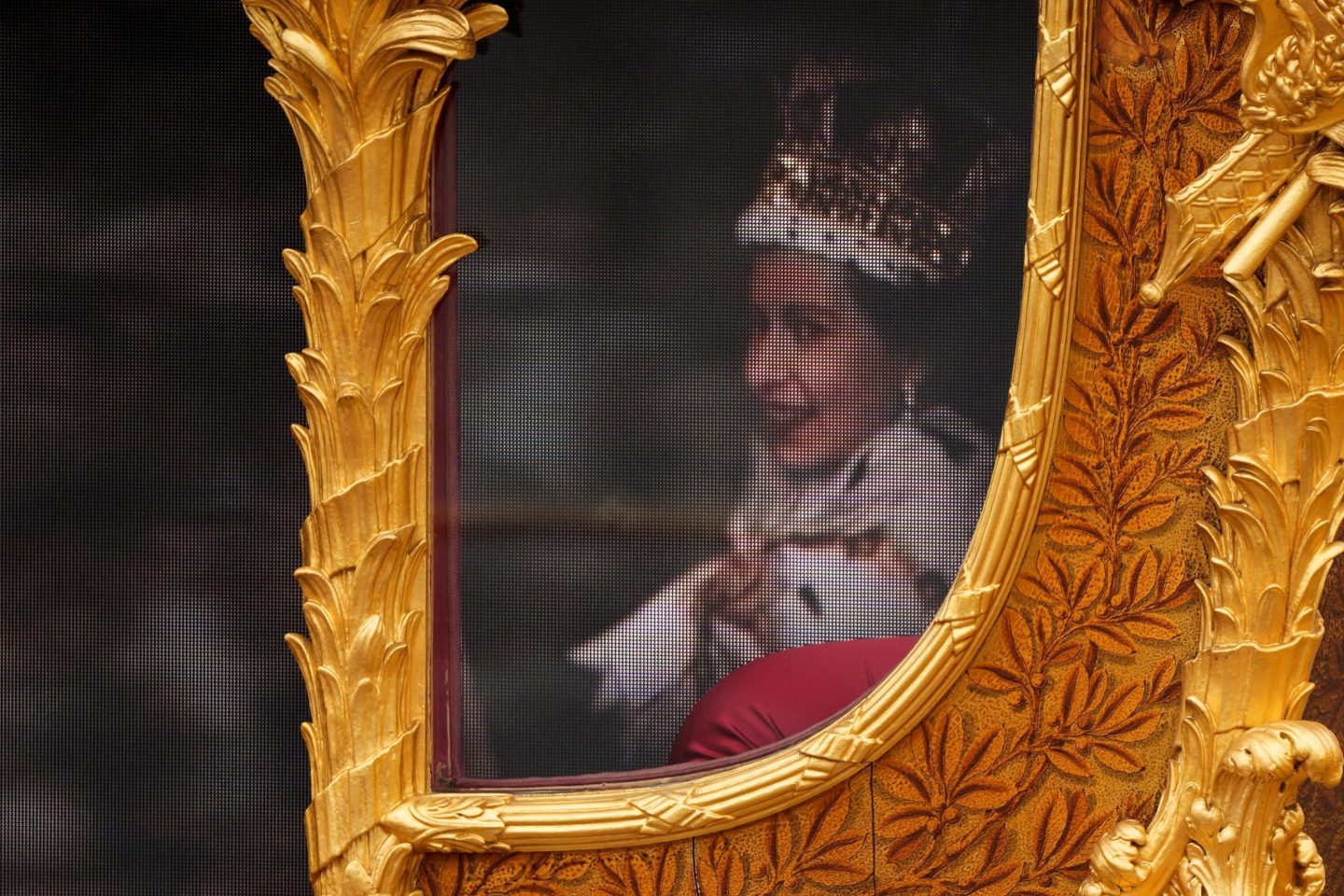 Queen Elizabeth II waived to the crowd Sunday from the balcony of Buckingham Palace. Earlier in the day she appeared to wave from her gold state coach, too, during a street pageant in London.

The crowd waved back—at a hologram.

The 260-year-old carriage, which transported her to and from her 1953 coronation, displayed “archival footage of Her Majesty, making it seem as if she was inside,” SkyNews reports.

Prior to Sunday’s balcony appearance, the 96-year-old, who suffers from “periodic mobility issues,” had appeared only twice during the four-day Platinum Jubilee, according to the Associated Press—once on the balcony on Thursday, and another time at a national beacon lighting ceremony at Windsor Castle, her home for the past two years.

She didn’t attend a church service in her honor on Friday at St. Paul’s Cathedral in London, nor did she attend the Epsom Derby on Saturday, or a gala outside the palace Saturday night. She did, however, appear at the party via a pre-recorded skit with a computer-animated Paddington Bear, in which she revealed that she, too, is partial to marmalade sandwiches and likes to keep them in her handbag, the AP reports.

The gold state coach was commissioned in 1760 by Francis Hastings, the king’s master of the horse, to be used at King George III’s coronation and wedding, according to Royal Central. But it wasn’t ready for use until Nov. 25, 1762, when George rode it to Parliament’s opening.

It’s been used for every coronation since.

Sunday marked the final day of the long holiday weekend honoring the queen’s 70 years on the throne. Among celebrities on hand for the multiday celebration: Queen, Rod Stewart, Duran Duran, Alicia Keys, Andrea Bocelli, and Prince Harry and his wife, Meghan, the later of whom have largely avoided the limelight during the red-letter weekend.

Later Sunday singer-songwriter Ed Sheeran is expected to belt out “God Save The Queen” outside Buckingham Palace, the AP reports, and many hope the queen will make one more appearance.