Trump’s summer plans include 7-hour grilling in fraud suit. Eric and Ivanka, and Hope Hicks, will join him 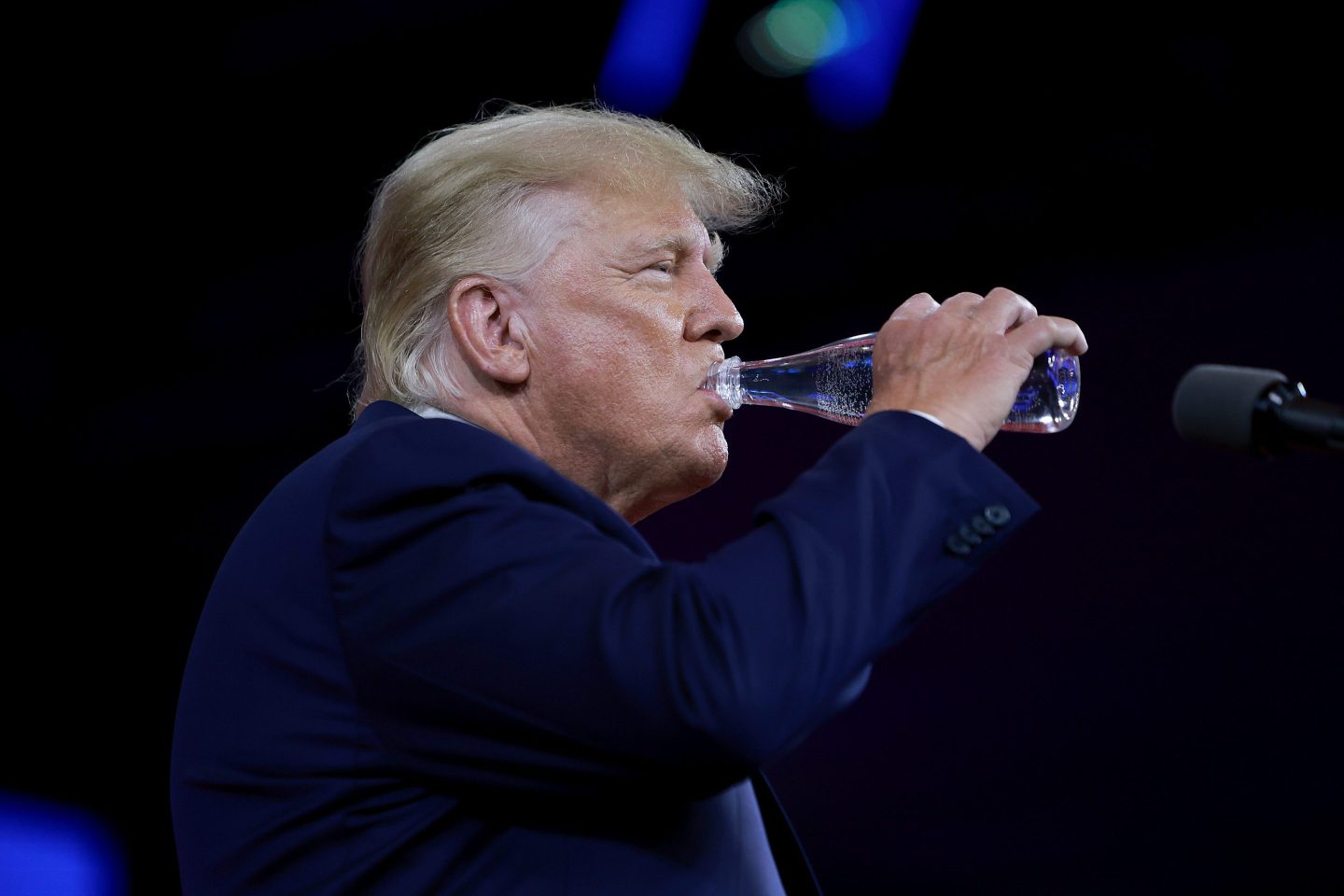 Former U.S. President Donald Trump drinks from a bottle as he gives a speech during the Conservative Political Action Conference (CPAC) at The Rosen Shingle Creek on Feb. 26 in Orlando, Florida. CPAC, which began in 1974, is an annual political conference attended by conservative activists and elected officials.
Joe Raedle—Getty Images

Donald Trump and three of his children agreed to be questioned under oath for up to seven hours each in a class-action lawsuit over their yearslong promotion on “Celebrity Apprentice” of a troubled multi-level marketing company.

The former president, along with Donald Trump Jr., Eric Trump, and Ivanka Trump, are among more than a dozen people who will be deposed in June and July, including unspecified contestants on the reality-TV show, lawyers for all those involved in the case said in a letter to a judge Friday night.

They’ll be questioned about Trump’s paid endorsement of ACN Opportunity LLC and its clunky desktop video phones on “Celebrity Apprentice.” Plaintiffs say Trump falsely claimed he wasn’t being paid for the promotions and lied about his belief in the product and the risks involved.

Hope Hicks, former counselor to Trump, and Rhona Graff, Trump’s longtime personal executive assistant, will also be interviewed under oath, while Trump has agreed to hand over transcripts of his past depositions in fraud suits tied to his failed Trump University, according to the filing.

The filing is the first indication of how long the Trumps will be questioned and who else tied to the Trump Organization will be deposed. The Trumps, who failed to get the 2018 case dismissed, had agreed in March to sit for questioning by the end of June as ordered by a judge, but will miss those dates due to a delay in handing over related documents.

The depositions were arranged after negotiations with investors who claim Trump duped them into paying thousands of dollars to become independent sellers with ACN. The company’s video-phone device was praised by Trump for years as the next big thing in communication before flopping.

The depositions will by conducted by attorneys at Kaplan Hecker & Fink LLP, whose founder Roberta Kaplan has been a thorn in Trump’s side. She’s also representing Trump’s estranged niece Mary Trump in a fraud suit against the former president, as well as New York advice columnist E. Jean Carroll in a defamation suit against him.