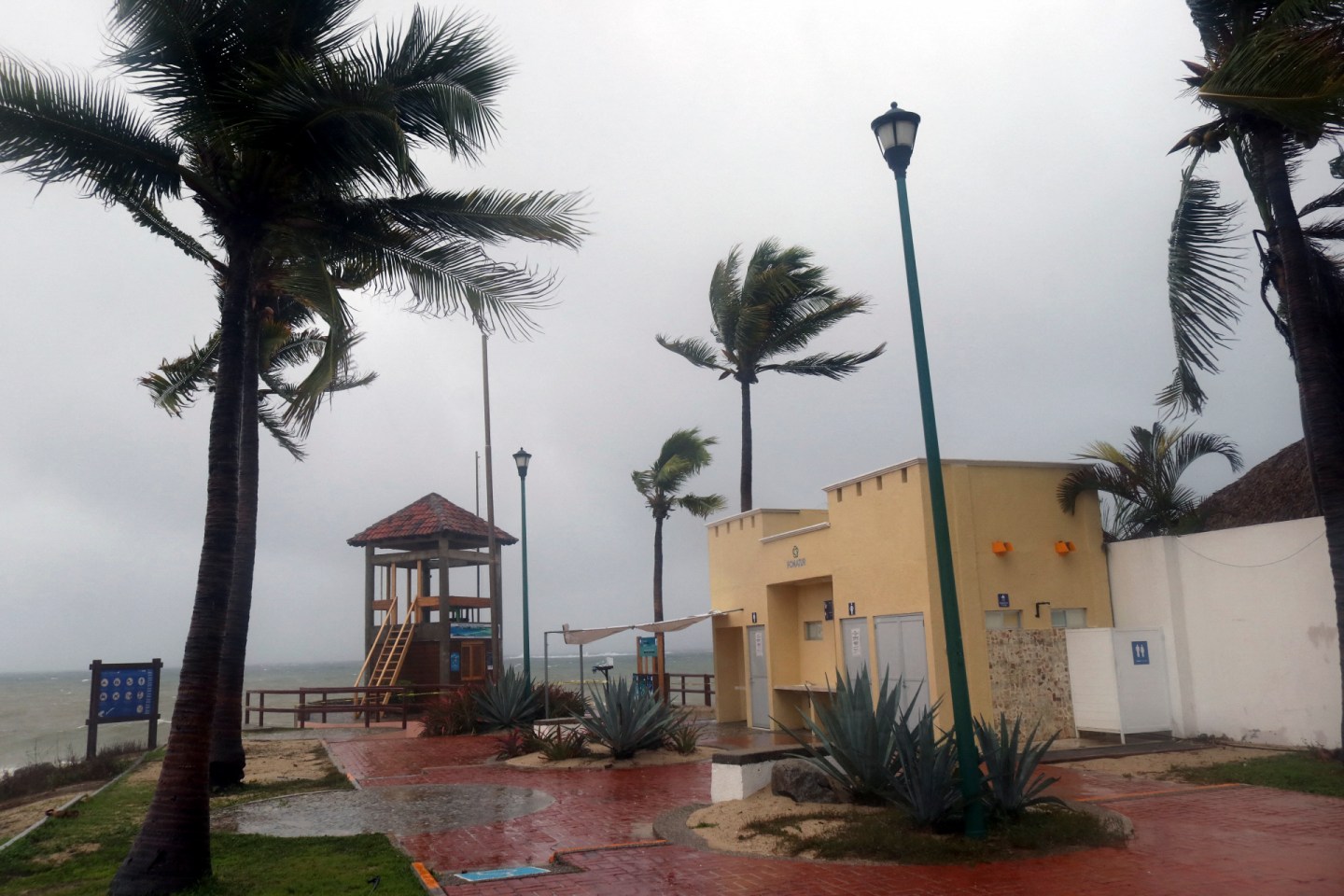 Palm trees blow in the wind before Hurricane Agatha makes landfall in Huatulco, Mexico, on May 30.

The remnants of Hurricane Agatha, a Pacific hurricane that slammed into Mexico on Monday, are increasingly looking like they’ll re-form as a tropical storm in the Atlantic, and appear to be targeting Florida right as hurricane season gets underway.

The National Hurricane Center says there is a 60% chance the storm will re-form in the Atlantic over the next five days. While early-season hurricanes are generally nowhere near as strong as those later in the season, this one has shown impressive strength so far.

The storm, which made landfall near Puerto Angel, Mexico, Monday afternoon, brought 105-mph winds with it.

If it re-forms in the Atlantic, the storm will be given a new name, since Pacific and Atlantic storms do not share the same names. The year’s first Atlantic tropical storm will be called Alex.

Forecasters say the storm will likely hit toward the end of the week, bringing heavy rains to the state. They’re not, however, expecting this to become a major storm, as upper-level winds over the Gulf of Mexico are expected to limit its intensity.

Forecasters are predicting a more active than usual hurricane season this year, just as they did in 2020 and 2021. An ongoing La Niña and above-average Atlantic temperatures are cited as the reasons. All totaled, experts say they expect 14 to 21 named storms (winds of 39 mph or higher), of which six to 10 could become hurricanes (winds of 74 mph or higher) and three to six will be major hurricanes.