Coal ash workers dying as lawsuit over illnesses drags on: ‘Never lived to see any justice’ 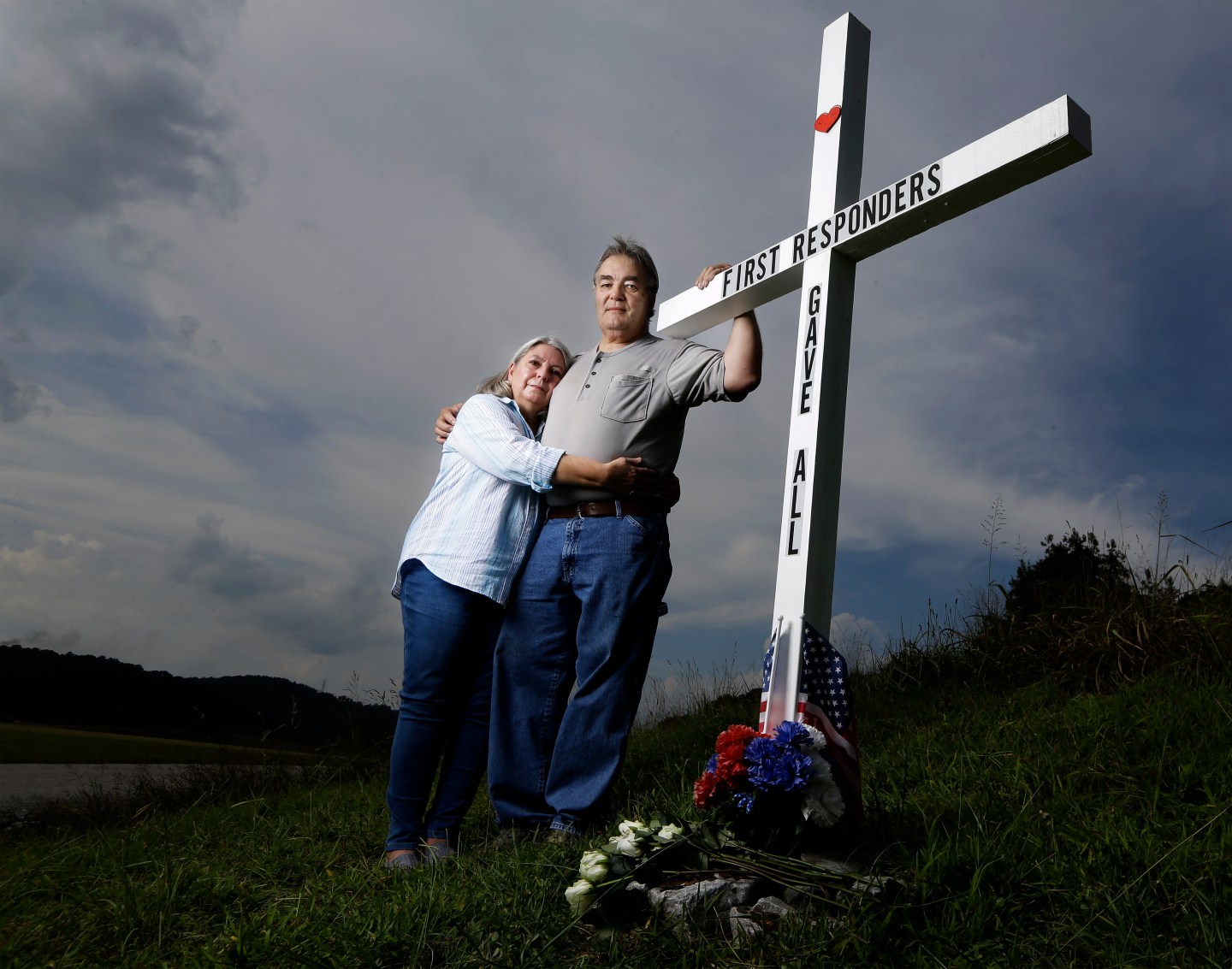 In this Aug. 6, 2019, photo, Ansol and Janie Clark pose at a memorial Ansol Clark constructed near the Kingston Fossil Plant in Kingston, Tenn. The Tennessee Valley Authority was responsible for a massive coal ash spill at the plant in 2008 that covered a community and fouled rivers. The couple says the memorial is for the workers who have come down with illnesses, some fatal, including cancers of the lung, brain, blood and skin and chronic obstructive pulmonary disease. Ansol Clark who drove a fuel truck for four years at the cleanup site, and suffered from a rare blood cancer, has also died now.
Mark Humphrey, Associated Press file

NASHVILLE, Tenn.—In 2013, the first of more than 200 workers who labored to clean up the nation’s worst coal ash spill filed a suit against the contractor, blaming Jacobs Engineering for illnesses they believe were caused by exposure to heavy metals and radioactive particles in the ash. Nearly a decade later, not a single case has made it through the court system.

As the cases drag on, dozens who believed their work for the contractor made them sick have died.

They include people like Ansol Clark, who arrived at the Tennessee Valley Authority’s Kingston Fossil Plant just hours after the Dec. 22, 2008, spill, and got to work. He labored long hours in the coal ash sludge with few or no days off for months at a time until he became too sick to work in 2013. He died last year from a rare blood cancer that he believed was caused by exposure to the ash.

Over the years, Jacobs has made repeated attempts to have the suits thrown out. The Tennessee Supreme Court is scheduled to hear oral arguments on Wednesday in Jacob’s latest challenge to the workers’ lawsuits. The company wants a judge to dismiss most of the plaintiffs for failing to follow a procedure outlined in the Tennessee Silica Claims Priorities Act.

The law requires anyone pursuing claims for exposure to silica or mixed dust to file a doctor’s report concluding that the exposure is a “substantial contributing factor” to the patient’s illness. For plaintiffs bringing wrongful death claims on behalf of a loved one, they must also show the worker was exposed to the dust for at least five years. Workers with lung cancer are subject to the five-year provision too and additionally must show that their cancer was diagnosed at least 10 years after their first exposure to the dust.

In court filings, Jacobs said the vast majority of plaintiffs either didn’t file the doctor reports, filed inadequate reports, or didn’t meet the time restrictions. For example, one worker died from lung cancer in 2015, less than seven years after the spill, so should not be allowed to sue, according to Jacobs.

Attorneys for the workers argue the silica law was never meant to apply to cases like theirs. The act specifically refers to silica, which is just one component of coal ash. The components they believe caused the worker injuries include arsenic, lead, cadmium, mercury and radium, but not silica. The law also refers to claims for very specific injuries — silicosis and pulmonary fibrosis — that are not at issue in this case.

In addition, the workers’ attorneys say it is simply too late to bring this challenge. The case already went through the first part of a two-part trial in 2018, when a Knoxville, Tennessee, jury found that Jacobs breached its duty of care to the workers. The jurors said Jacobs’ actions were capable of making the workers sick. Whether those actions actually did make them sick, and thus eligible for monetary damages, was left for a subsequent trial or trials.

Jacobs’ attorneys have said the company did its best to manage the cleanup in a way regulators said was safe. It has not been proven that Jacobs — or even coal ash — is to blame for any illnesses, and the EPA classifies coal ash as nonhazardous.

After the 2018 trial, the federal judge in the case ordered mediation, alluding to workers’ urgent need for medical care. Mediation was unsuccessful, but a new trial date has not been set as Jacobs continues to pursue legal challenges. Twice, the company has asked the 6th U.S. Circuit Court of Appeals to find that it is immune from being sued because it was acting on behalf of the Tennessee Valley Authority, a federal agency. The court has ruled against Jacobs both times, most recently this month.

Doug Bledsoe didn’t live to see that small victory. Bledsoe was called to work at Kingston just days after the 2008 collapse of a six-story earthen dam released more than a billion gallons of coal ash sludge. The spill was so massive it knocked nearby homes off their foundations. As the sludge slowly dried over the yearslong course of the cleanup, it turned into a fine dust that had to be constantly watered down but still filled the air, especially on windy days, according to trial testimony.

Bledsoe drove a water truck there until 2014. In 2018, he was diagnosed with lung and brain cancer. He died two years later, leaving behind his wife of 38 years, Johnnie Bledsoe. The two began dating when she was 14 and Doug Bledsoe was her “whole world,” she said.

“Everything we done, we done together,” Johnnie Bledsoe said. “We raised cattle together. We had a farm together. All that’s stopped.”

Last year Johnnie Bledsoe and Janie Clark received an American flag that had flown over the U.S. Capitol to honor the coal ash cleanup workers. Clark said it is the only official acknowledgement they have received of the suffering they’ve endured.

Before he died Ansol Clark built a wooden cross that he placed near the Kingston plant as a memorial to the workers. Janie Clark said she plans to go there this weekend to change the flowers, as she does regularly.

“I’ll be doing that as long as I can get up the hill,” Clark said. “I do not intend to let this be forgotten.”