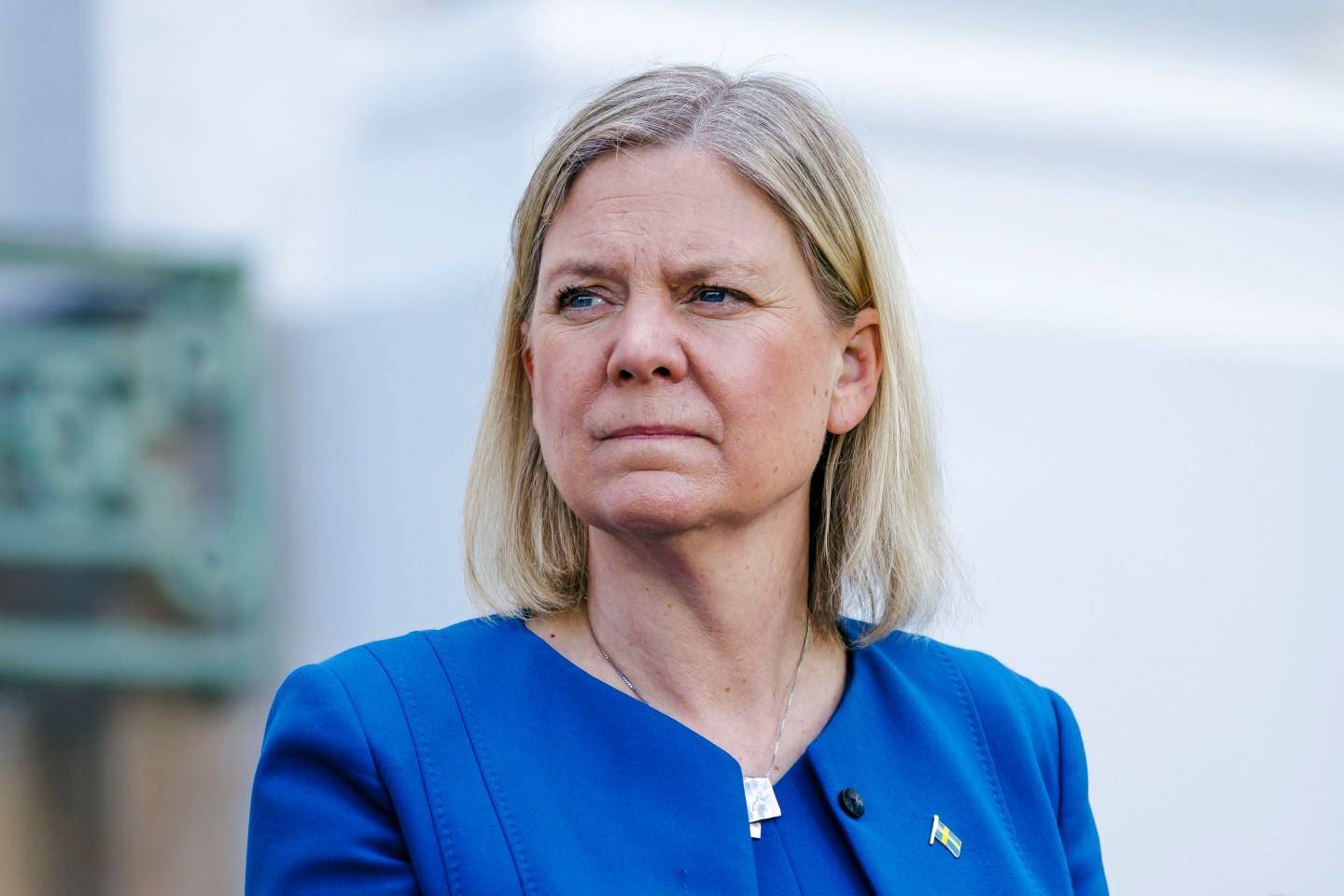 Swedish Prime Minister Magdalena Andersson speaks to the media at Meseberg Castle for a meeting of the German federal cabinet on May 3 in Meseberg, Germany.
Thomas Trutschel—Photothek via Getty Images

Sweden’s Social Democrats has decided to back NATO membership in a historic decision that paves the way for joining neighboring Finland in an entry bid over the coming days.

The ruling party, which for decades have been strong opponents of Swedish membership in any military alliance, has rapidly shifted its stance after Russia invaded Ukraine in February. The decision means that there will now be an overwhelming majority in Sweden’s parliament in favor of joining the North Atlantic Treaty Organization.

The policy shift was formally completed at a party executive meeting on Sunday. It removes the last obstacle to a coordinated entry application with Sweden’s closest ally, Finland. That country announced its intention to seek membership earlier on Sunday and Sweden had been widely expected to follow suit.

However, the Social Democrats also said that if the application is approved, the party will work to ensure that Sweden “expresses unilateral reservations against the deployment of nuclear weapons and permanent bases on Swedish territory,” according to a statement on Sunday.

A formal NATO application could be filed by Magdalena Andersson’s government early next week, following a parliamentary debate scheduled for Monday.