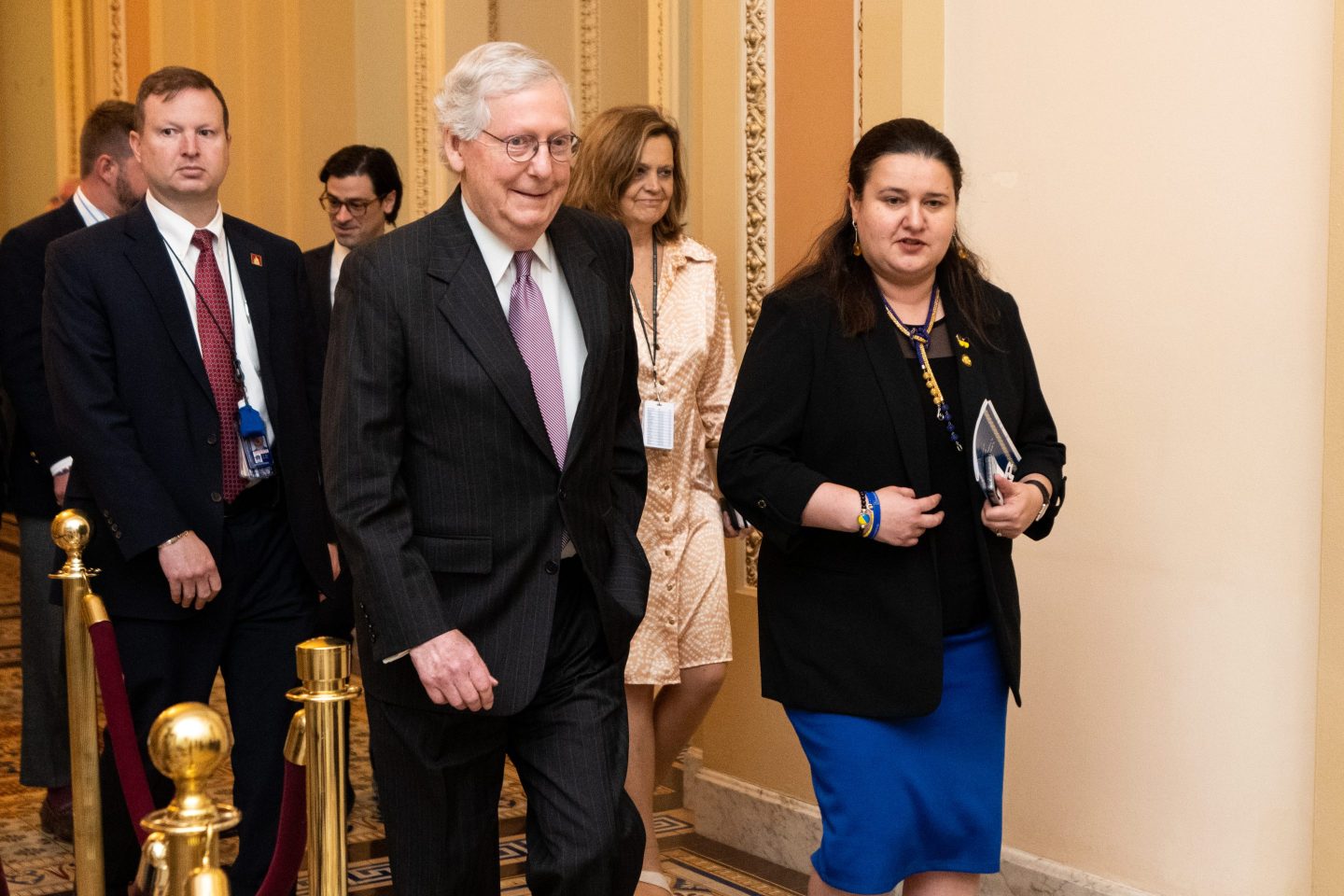 Senate Minority Leader Mitch McConnell led a delegation of Republican senators to Kyiv, where they met with Ukrainian President Volodymyr Zelensky on Saturday in a previously unannounced visit.

Senators Susan Collins of Maine, John Barrasso of Wyoming and John Cornyn of Texas were with McConnell, according to a photograph released by Zelensky’s office.

In a statement, Zelensky said the visit by the Republicans sent a strong signal of bipartisan support for Ukraine from U.S. lawmakers and the American people.

Zelensky called on the U.S. to support further strengthening of sanctions. “We think Russia must be recognized as a state sponsor of terrorism,” he said.

Ukraine’s leader also called for the fast passage of the $40.1 billion aid package held up on Thursday by Republican Senator Rand Paul of Kentucky. A vote is expected in the coming week.