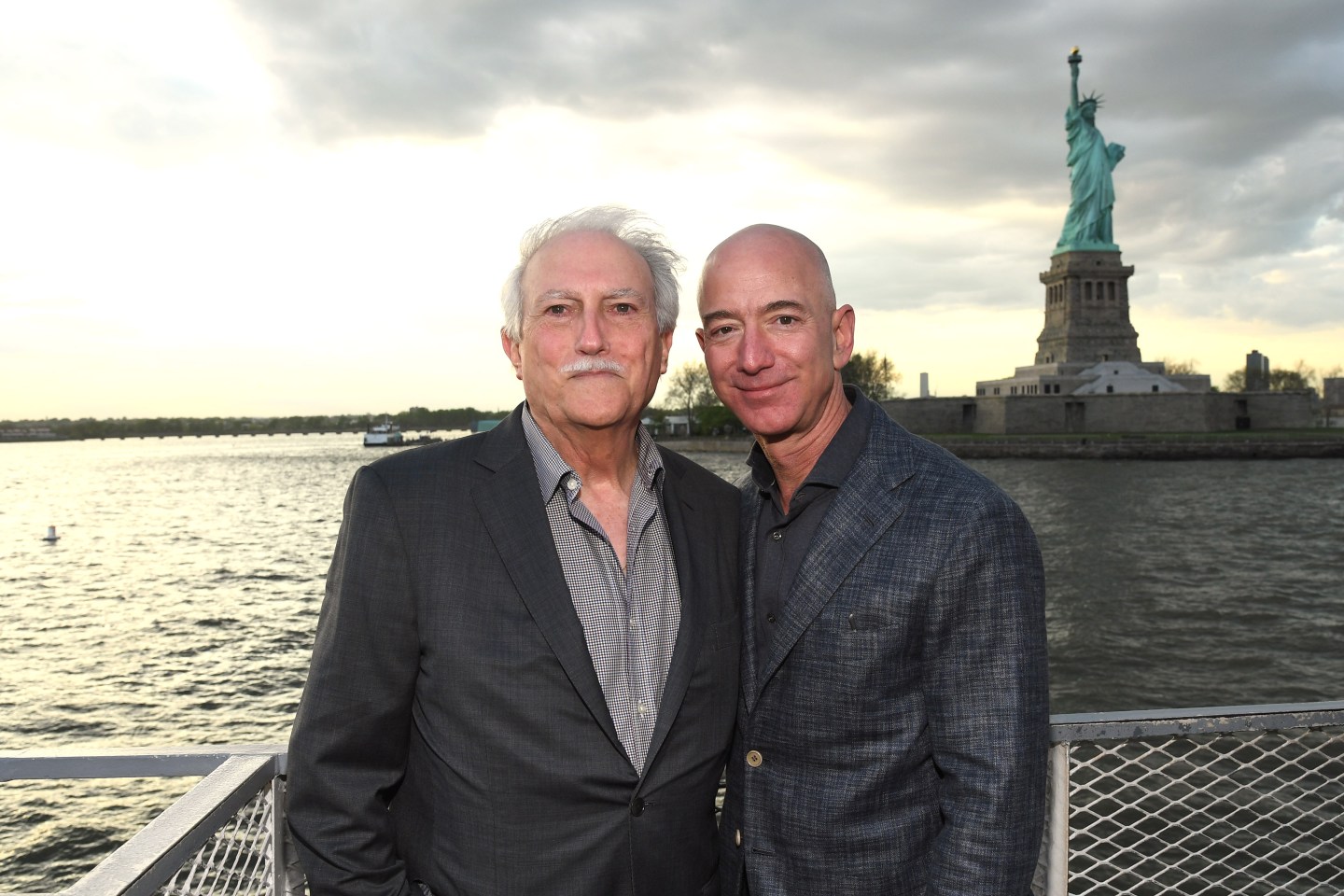 Jeff Bezos’ father was 16 when he fled to the US from Cuba after Fidel Castro took power. Last week, a tearful Bezos remembered this challenging account at the Statue of Liberty – Ellis Island Awards.

“I think in every immigrant you’ll find a deep optimism and a deep resilience too,” the billionaire Amazon founder said.

He also described how immigrants come to the U.S. because they have faith in the opportunities for their lives and families.

“Every immigrant who has come to this country, they all have their own unique stories. Fighting for a better life, hardships but they also end up having a belief in America,” Bezos said.

Then tearing up, he added that he and his sibling could “not have had a better role model.”

Who is Miguel Bezos?

Miguel Bezos, also known as Mike, is the father of the Amazon.com founder. In the early 1960s, when he was just 16, he arrived in Miami from Cuba as an unaccompanied minor who didn’t speak English. He was then transferred to Wilmington, Delaware, where he was housed and educated in a Catholic School.

“There was a priest in charge of us, and it was a tremendous experience for me. I’m sure you’ve heard sad stories about what terrible experiences some of the Peter Pan kids had, but for us in Wilmington, we had each other, and we became very close,” Miguel said in a 2016 interview posted on the Smithsonian National Museum’s website.

He then attended the University of Albuquerque in New Mexico and worked at ExxonMobil for over 32 years in engineering and managerial positions.

In 2000, he co-founded the Bezos Family Foundation with his wife Jackie and their children. The foundation works to support the education of children.

This year, Mike was honored at the Statue of Liberty – Ellis Island awards, where his son Jeff gave a moving speech.

According to the foundation’s Instagram post he was honored for his life story and passion for education.

By the end of his speech, Jeff said he was proud of his father and that his story “really shows that people help each other.”

This is not the first time Jeff Bezos publicly admires his stepfather. Back in 2018, he made an appreciation post for him on Twitter.