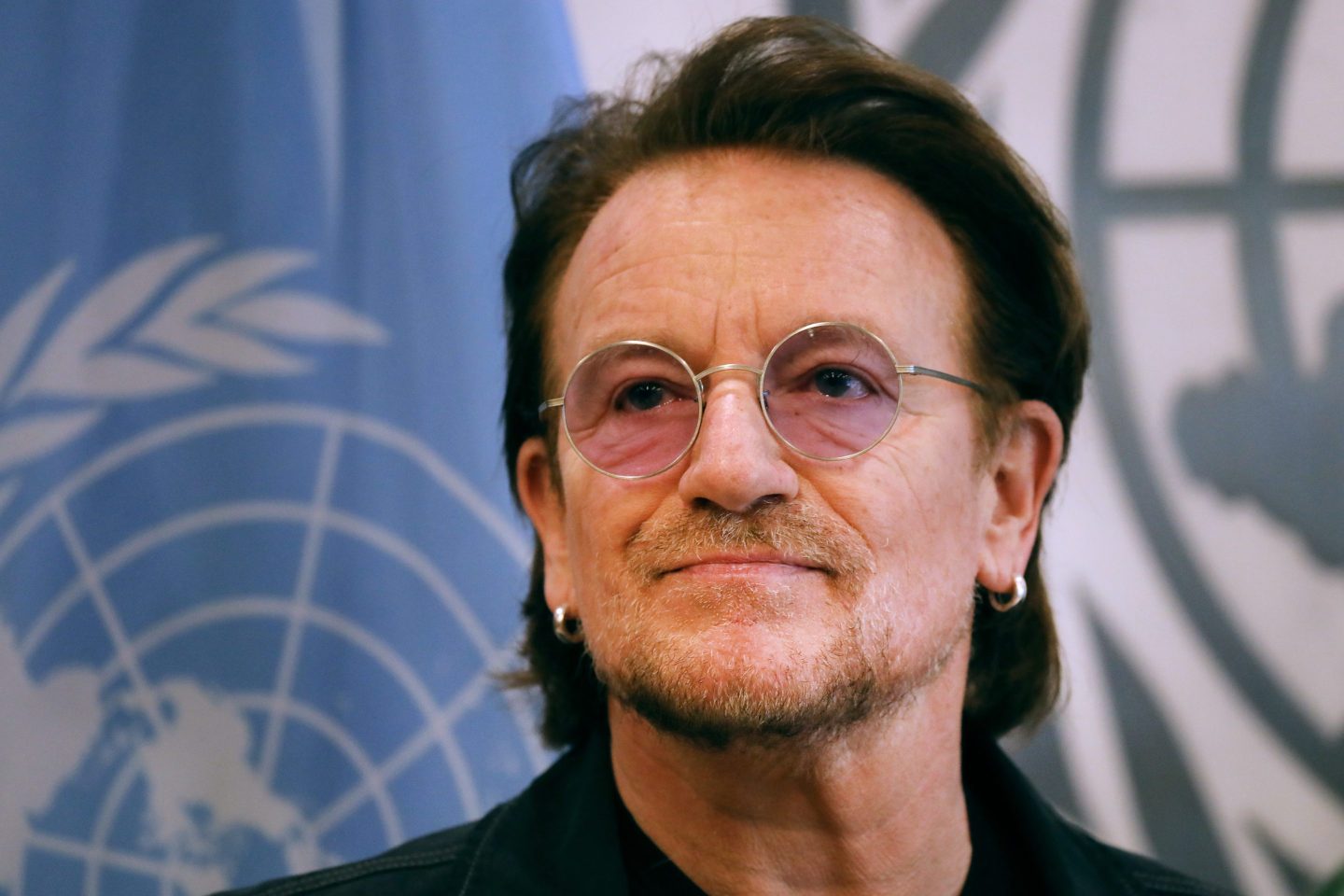 The musician and social activist Bono meets with António Guterres, the Secretary-General of the United Nations (UN), Feb. 11, 2020, in New York City. Bono was at the UN for the 'Drive for Five' initiative which seeks to highlight the importance of education for girls.
Spencer Platt—Getty Images

Bono and the Edge, members of the Irish rock band U2, performed Sunday at a subway station in central Kyiv after being invited to Ukraine by President Volodymyr Zelenskiy.

The band, on its Twitter account, called the visit a gesture of support for the Ukrainian people and the country’s leader as Russia’s war grinds through its third month.

The rock legends were joined by Ukrainian band Antytila and its frontman Taras Topolia, who in February signed a contract with the armed forces of Ukraine and has served since then.

Bono and the Edge, on acoustic guitar, performed U2’s “With Or Without You” and “Angel of Harlem” on the platform of the Khreshchatyk metro station in Kyiv’s city center, which has been used as a bomb shelter. They were joined by Topolia, in his army uniform, for the the Ben. E. King standard “Stand by Me.”

The music community has reached out to Ukrainian performers since Russia’s invasion. Earlier, Antytila received an invitation from English singer-songwriter Ed Sheeran to work together on a remix of Sheeran’s “2step.”

Another Ukrainian rocker, Andriy Khlyvnyuk, the front man of BoomBox, inspired Pink Floyd to perform and record a new song for the first time in over 20 years. The classic rockers and Khlyvnyuk recorded “Hey Hey Rise Up,” sung in Ukrainian, which they said symbolized the nation’s resistance. © 2022 Bloomb