Step aside LinkedIn influencers: This 100-year-old man has been in the same job for 84 years and reveals his secret to longevity 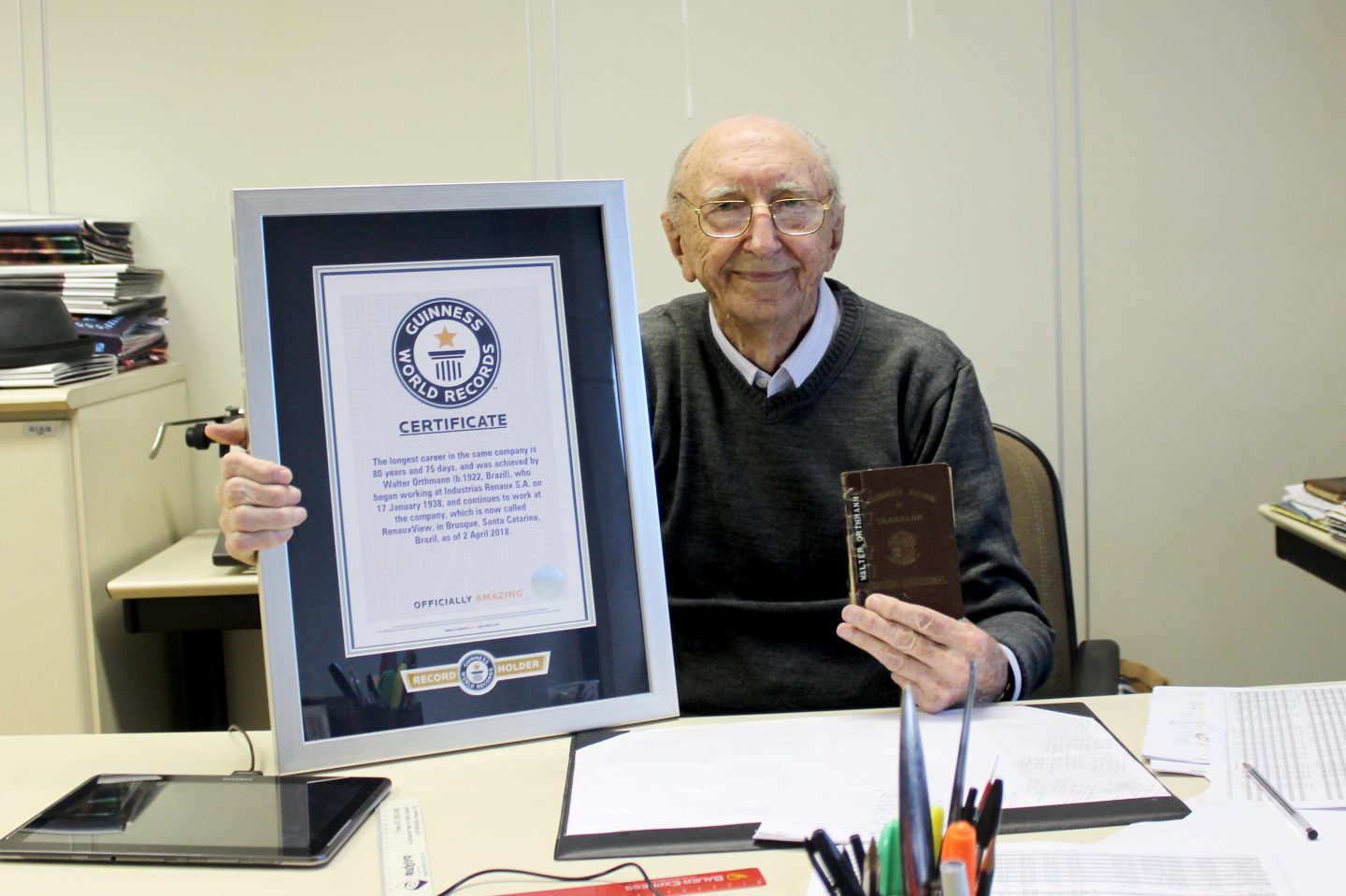 With so many business influencers and motivational speakers flooding social media channels on a daily basis, it can be hard to pick out a voice of reason.

However, people seeking career guidance and inspiration could do a lot worse than heeding the advice of a 100-year-old Brazilian man who has achieved a world record for the longest ever tenure at a single company, after working at the same firm for more than 84 years.

Walter Orthmann has worked at ReneauxView, a Brazilian textile firm with headquarters in Rio de Janeiro and the state of Santa Catarina, since he was 15 years old.

Orthmann began working at the company on January 17, 1938, when it was called Industrias Renaux, Guinness World Records said this week.

When the organization awarded him the world record for the longest career in the same company earlier this year, he had worked at ReneauxView for 84 years and 9 days.

According to the GWR, Orthmann began his career at ReneauxView as a shipping assistant in order to help with family finances, and was soon promoted to a sales position before progressing to a managerial role.

“When we do what we like, we don’t see the time go by,” Orthmann told the record-keeping company.

“I don’t do much planning, nor care much about tomorrow.

“All I care about is that tomorrow will be another day in which I will wake up, get up, exercise and go to work; you need to get busy with the present, not the past or the future. Here and now is what counts. So, let’s go to work!”