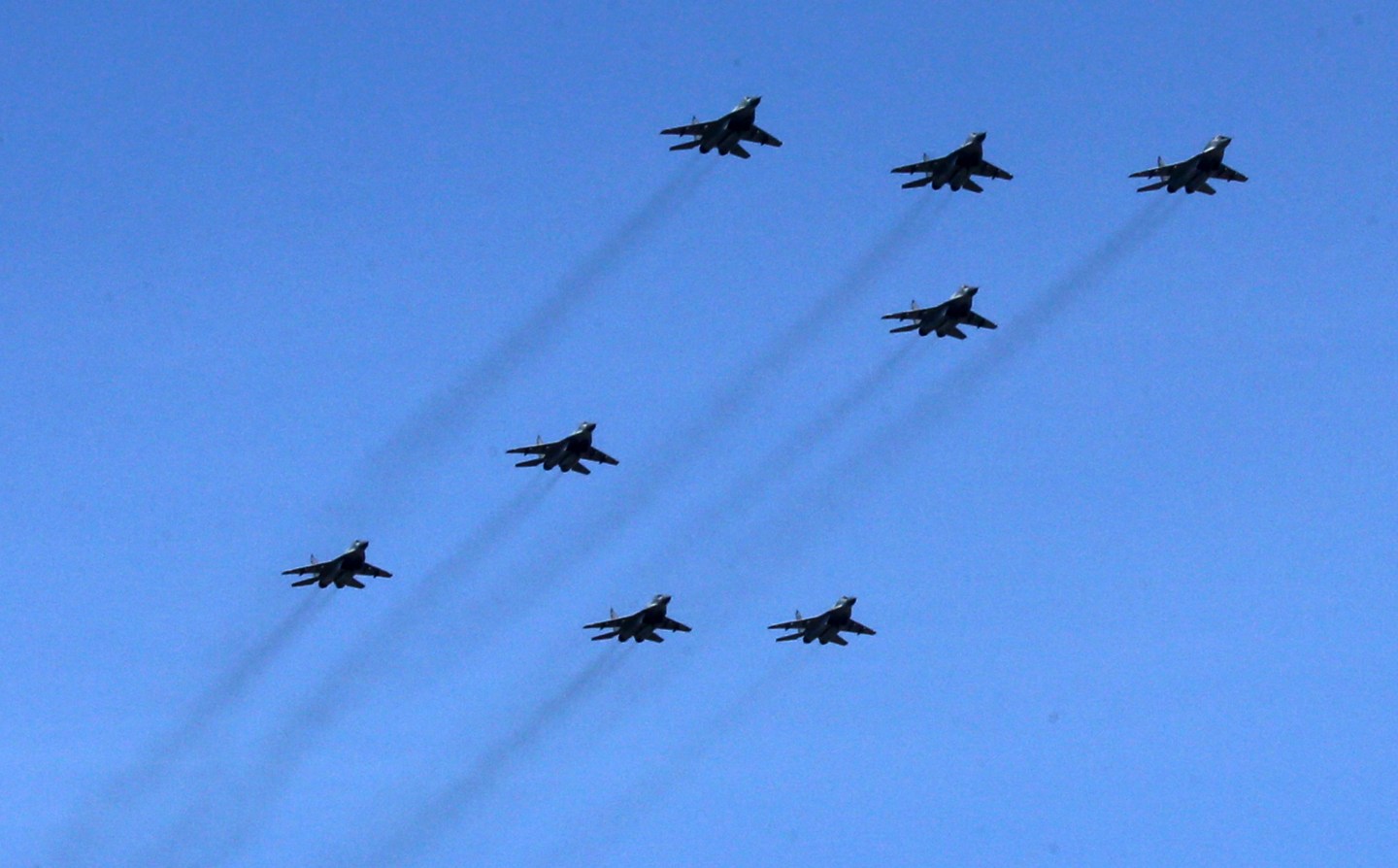 Mikoyan MIG-29 (NATO reporting name: Fulcrum) jet fighters show the letter "Z," a symbol of the Russian military invasion of Ukraine, over the polygon during the parade rehearsals, April 18 in Alabino, outside of Moscow, Russia. About 12,000 soldiers and officers are expected to take pat at the Red Square Victory Day Military Parade, planned on May 9.
Getty Images

The incident happened late Friday in the Baltic Sea near the island of Bornholm.

In a statement Saturday, the Swedish Armed Forces said a Russian AN-30 propeller plane flew toward Swedish airspace and briefly entered it before leaving the area.

Sweden and neighboring Finland are both considering NATO membership following Russia’s invasion of Ukraine. Moscow has warned that such a move would have consequences, without giving specifics.