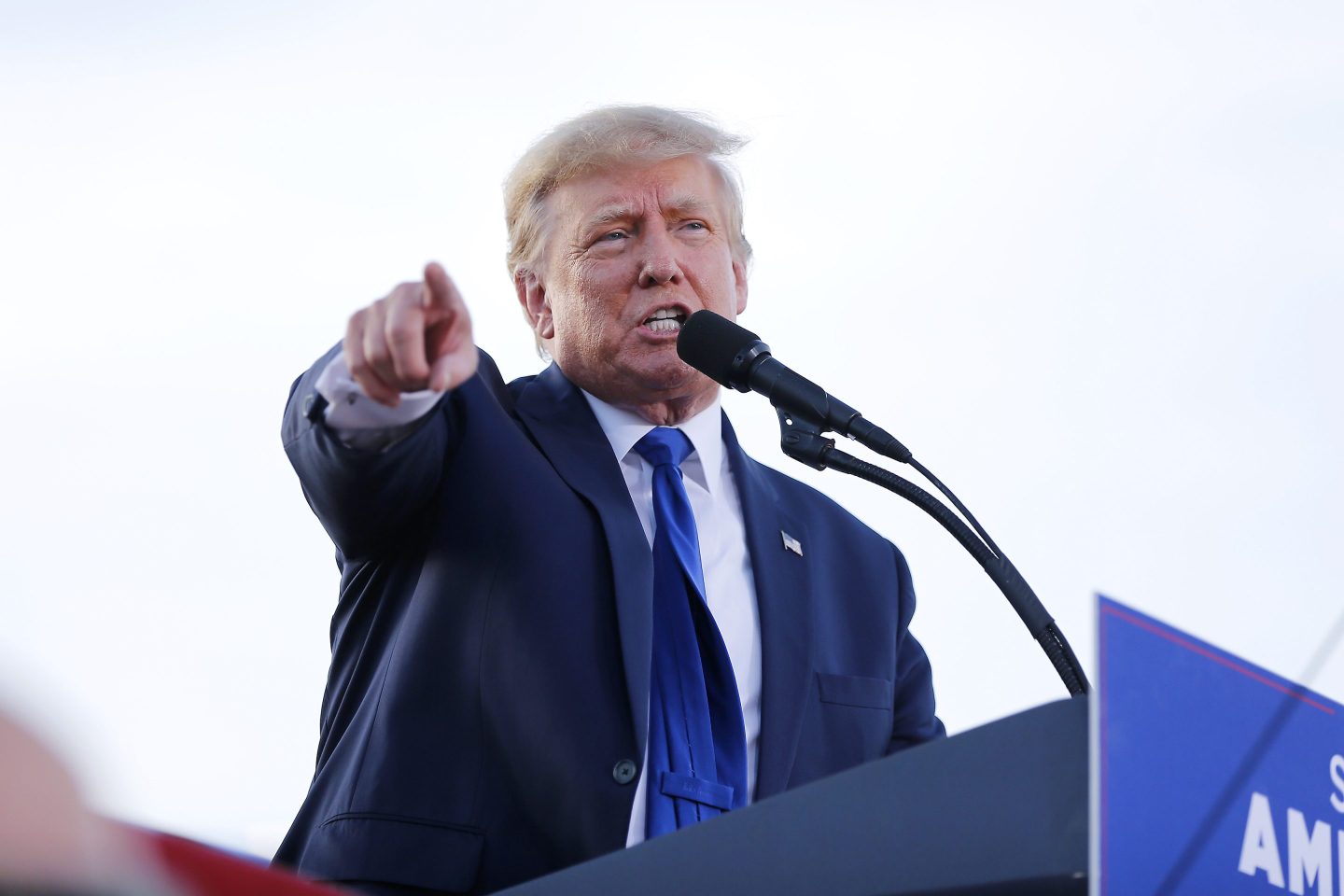 Former President Donald Trump speaks at a rally at the Delaware County Fairgrounds, Saturday, April 23, 2022, in Delaware, Ohio. A New York judge has found former president Donald Trump in contempt of court for failing to adequately respond to a subpoena issued by the state's attorney general as part of a civil investigation into his business dealings.
Joe Maiorana—AP Photo

A New York judge found former President Donald Trump in contempt of court Monday for failing to adequately respond to a subpoena issued by the state’s attorney general as part of a civil investigation into his business dealings.

Judge Arthur Engoron ordered Trump to pay a fine of $10,000 per day.

“Mr. Trump, I know you take your business seriously, and I take mine seriously,” Engoron said before issuing the ruling from the bench in a Manhattan courtroom, following a hearing.

New York Attorney General Letitia James, a Democrat, had asked the court to hold Trump in contempt after he missed a March 31 court-imposed deadline to turn over documents. The judge said a contempt finding was appropriate because Trump and his lawyers’ hadn’t shown that they had conducted a proper search for the records sought by the subpoena.

Trump, a Republican, has been fighting James in court over her investigation, which he has called a politically motivated “witch hunt.”

James has been conducting a lengthy investigation into the Trump Organization, the former president’s family company, centering around what she has claimed is a pattern of misleading banks and tax authorities about the value of his properties.

The contempt finding by the judge came despite a spirited argument by Trump lawyer Alina Habba, who insisted repeatedly that she went to great lengths to comply with the subpoena, even traveling to Florida to ask Trump specifically whether he had in his possession any documents that would be responsive to the demand.

“The contempt motion is inappropriate and misleading,” she said. “He complied. … There are no more documents left to produce by President Trump.”

Trump spokespeople did not immediately respond to a request for comment.

Investigators for James have said in court filings that they uncovered evidence that Trump may have misstated the value of assets like golf courses and skyscrapers on his financial statements for more than a decade.

A parallel criminal investigation is being conducted by the Manhattan District Attorney, Alvin Bragg, also a Democrat.