The White House wants to counter the use of drones in the U.S. 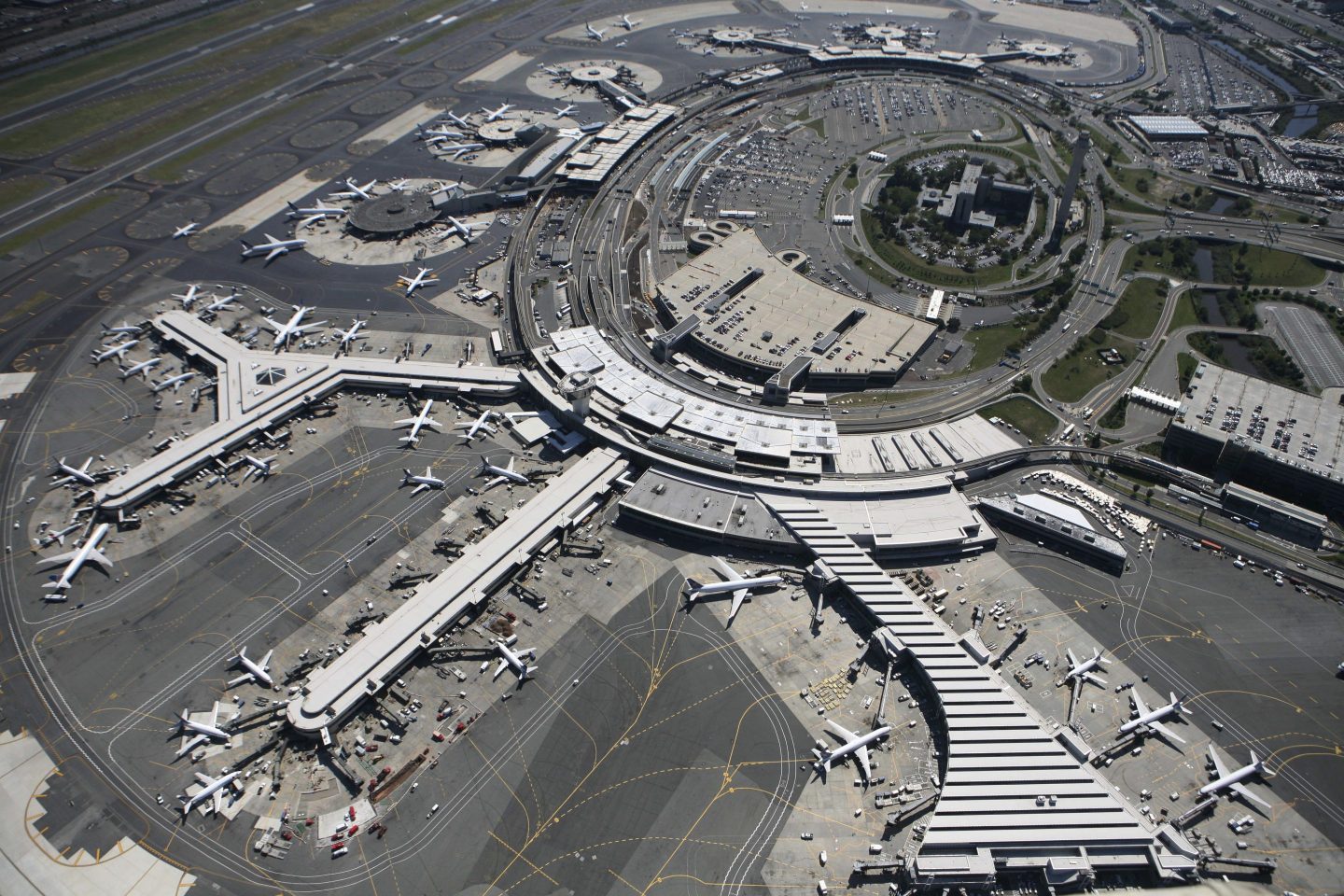 Planes are parked at terminals at Newark Liberty International Airport in Newark, N.J., Sept. 8, 2008. The Biden administration is calling on Congress to expand authority for the federal and local governments to take action to counter the nefarious use of drones in the U.S.
Mark Lennihan—AP Photo

The Biden administration is calling on Congress to expand authority for federal and local governments to take action to counter the nefarious use in the U.S. of drones, which are becoming a growing security concern and nuisance.

The White House on Monday released an action plan that calls for expanding the number of agencies that can track and monitor drones flying in their airspace. It calls for establishing a list of U.S. government-authorized detection equipment that federal and local authorities can purchase, and creating a national training center on countering the malicious use of drones.

The White House in a statement said it was critical that Congress “adopt legislation to close critical gaps in existing law and policy that currently impede government and law enforcement from protecting the American people and our vital security interests.”

The federal-government-wide focus comes as the Federal Aviation Administration projects that more than 2 million drones will be in circulation in the U.S. by 2024 and as availability of detection and mitigation technologies—including jamming systems—are limited under current law.

The proposal also calls for establishing a six-year pilot program for a small number of state, local, territorial and tribal law enforcement agencies to take part in a drone detection and mitigation operations under supervision of the Justice Department and Homeland Security.

Currently, no state or local agencies have such authorization.

DHS Secretary Alejandro Mayorkas said the administration’s legislative recommendations “are vital to enabling DHS and our partners to have the necessary authorities and tools to protect the public, the President and other senior officials, federal facilities, and U.S. critical infrastructure from threats posed by the malicious and illicit use” of drones.

In the U.S., drones have become increasingly ubiquitous and useful tools for law enforcement agencies, agricultural use, commercial photography as well as hobbyists. But there are growing concerns as well.

In January 2019, Newark Liberty International Airport halted all landings and diverted planes for over an hour after a potential drone sighting nearby. Smugglers have used drones to deliver illegal drugs into the country. And Major League Baseball has had several incidents since 2020 where games have been delayed after privately owned drones have been flown onto a playing field. In 2015, there were two separate incidents in which drones crashed on White House grounds.

Federal and local authorities say that drones have also been used to smuggle contraband, including cell phones and drugs, into prisons.

National security officials have also found the use of drones in last November’s unsuccessful assassination attempt against Iraqi Prime Minister Mustafa al-Kadhimi and an August 2018 attack on Venezuelan President Nicholas Maduro “quite troubling,” according to a senior administration official who briefed reporters on the condition of anonymity ahead of Monday’s formal announcement.

The counter-drone plan calls for establishing a mechanism to coordinate research, development, testing, and evaluation of detection and mitigation technology across the federal government.

The White House says it also wants to work with Congress to enact a criminal statute that sets standards for legal and illegal uses of drones, and bolster cooperation with other countries on counter-drone technologies.