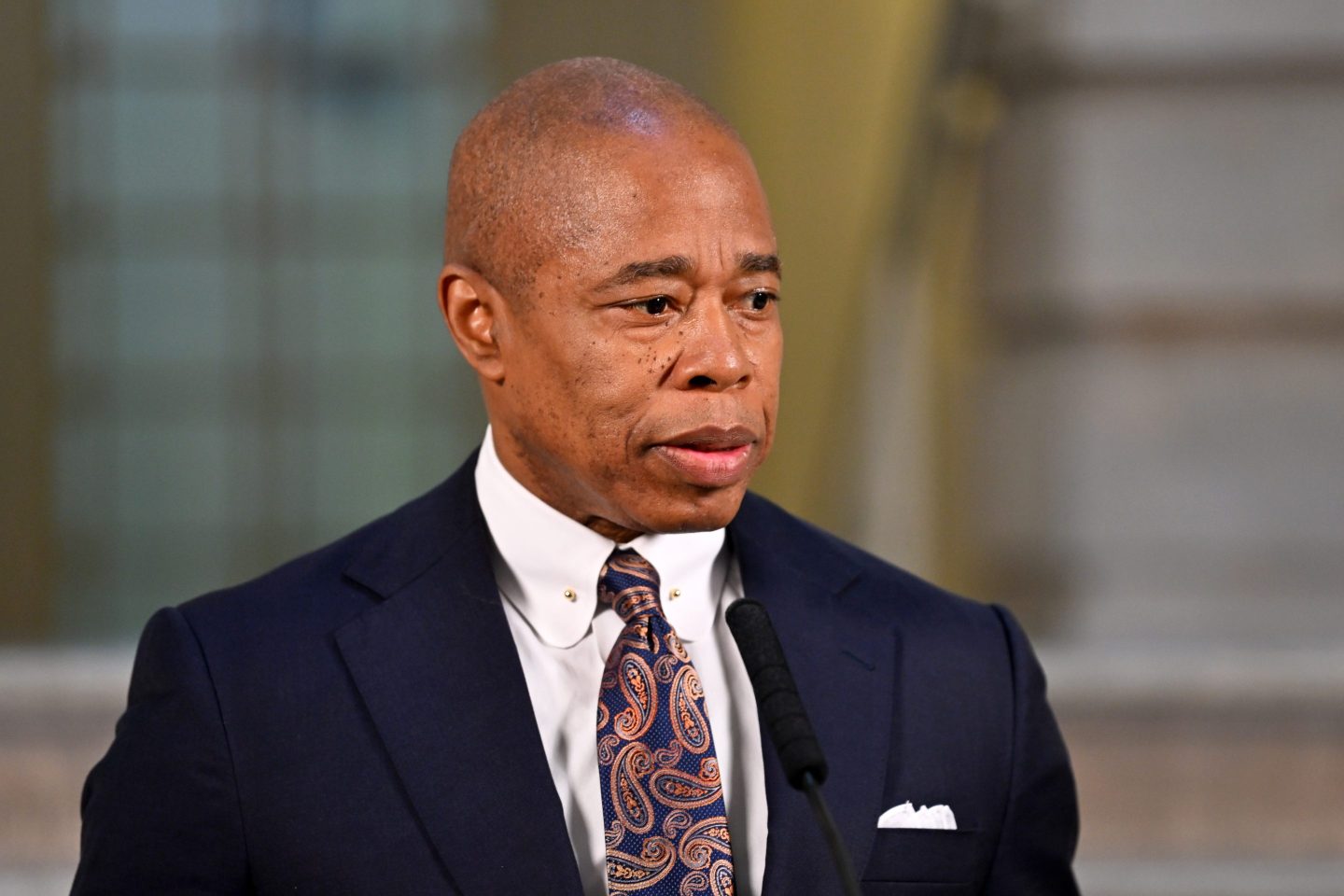 New York City Mayor Eric Adams announced the launch of digital billboards and creative ads supporting LGBTQ+ community on April 04, 2022 in New York City. Adams wants to reach out to communities who have been most affected by the 'war on drugs.'
Slaven Vlasic—Getty Images

Adams is set to propose Wednesday that the city spend $4.8 million to reach out to those most impacted by the so-called war on drugs. His plan would help them learn about the industry and set up their new small businesses—things like navigating the licensing process and obtaining financing, among other areas.

“Now is the time for our city to make proactive investments to ensure the people disproportionately impacted by the criminalization of these substances can reap the benefits of the new industry,” Adams said in a statement.

The mayor, a Democrat and former police captain, has said the legal marijuana industry could be a key driver for the city’s post-pandemic economic recovery, along with a revival in tourism, nightlife and people returning to offices.

The announcement coincides with April 20—also known as 4/20—the date known for celebrating marijuana, and a day before neighboring New Jersey begins its own recreational pot sales.

New York legalized adult recreational marijuana a year ago for adults 21 and over. Recreational sales are not expected to start until later this year or early next year as the state sorts out regulations for what’s expected to be one of the biggest legal U.S. markets for the drug.

In New York City alone, the industry is expected to generate $1.3 billion in sales in its first year, according to estimates from City Hall.

New York was the 16th state to legalize marijuana for adults, and the second-most populous state after California to do so.

A key theme in marijuana legalization in recent years has been social equity, and New York’s laws have built in ways to redress how the justice system locked up a disproportionate number of people of color for drug crimes. That includes the state’s goal of awarding half of marijuana licenses to individuals from underrepresented communities. The state has also been expunging some past marijuana convictions.

Adams’ plan continues in that vein, suggesting the city help those most impacted by the criminalization of the drug if they now wish to become marijuana entrepreneurs. The city’s agencies devoted to small business services, economic development and criminal justice would work together to identify where to target the efforts, launch a public education tour and ad campaign and even help those setting up businesses find real estate to set up shop.

The proposal is part of the mayor’s city budget plan that he’s set to unveil next week. Along with the rest of the budget, the proposal will be negotiated with the city council and is expected to be agreed upon this summer.

Menin said it was “of critical importance” for New York City to establish the legal pot industry “in neighborhoods that were devastated by the war on drugs.”

“We need to be mindful of marginalized communities that have been disproportionately incarcerated because of punitive marijuana laws,” she said.

Adams has separately said, in the absence of much available land in the city, he’s exploring the idea of allowing the growing and cultivation of marijuana on the rooftops of the city’s public housing buildings. But that idea is likely to run into major roadblocks because the housing is heavily subsidized by the federal government, which still criminalizes marijuana.