Here’s what leaders can learn from Zelensky’s communication style 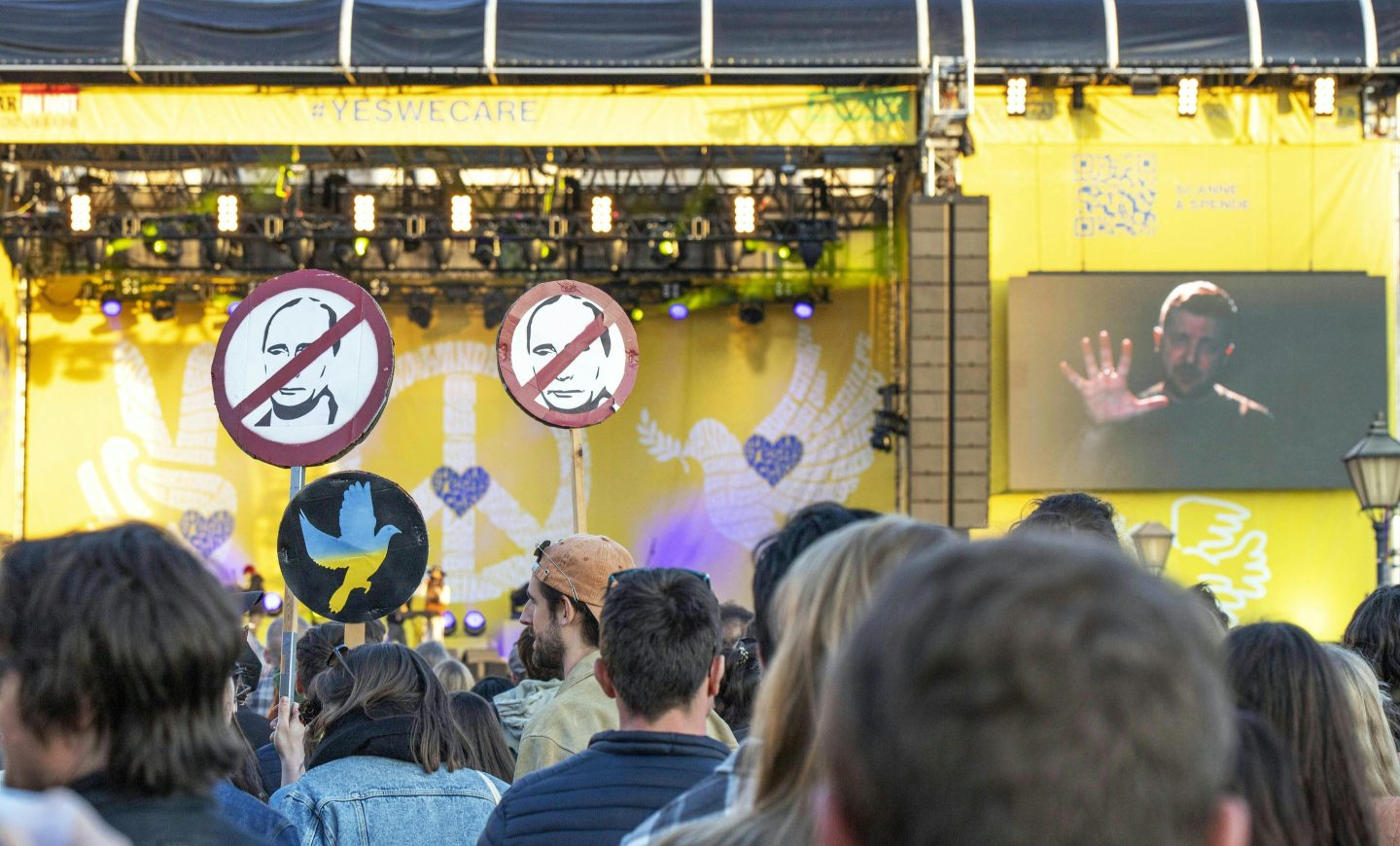 The Ukrainian leader has been omnipresent on screens across the world since the beginning of the Russian invasion.
TOBIAS STEINMAURER—APA/APA/Getty Images

As he tries to save his country, Ukrainian President Volodymyr Zelensky is constantly appearing on screens across the world. He is also delivering a master class in crisis communications.

Less than a day into Russia’s attack, the Ukrainian president had galvanized the planet through social media. By presenting himself as a humble, humane leader who could inspire his countrymen in a seemingly no-win fight, Zelensky instantly rallied the West to his side.

There is much the business world can learn from Zelensky’s real-time seminar on rapid response.

Leading from the front

The war has been an exhibition of old-school management versus new.

Everyone knows the Vladimir Putin type. He’s the insular, top-down leader from a bygone era. Photos show him removed from even his closest advisers, sitting alone at the end of an absurdly long conference table. His message is delivered from a podium or distributed via state media. His reports are an afterthought—just ask the soldiers who believed they were on a training exercise, only to end up in the middle of a war with no idea what they’re fighting for.

Contrast this with Zelensky, who’s always one touch away on your phone. You see him talking to soldiers, visiting hospitals, directly appealing to the world. His message is one of collaboration, shared goals, and team-building.

It’s a showcase of what can happen when a socially engaged executive leads openly from the front. And it’s working. Prior to the war, his job approval rating was mired in the 20% range. Today, it’s in the 90s within Ukraine—and support is pouring in from far outside the borders.

In just a few weeks, the Ukrainian leader used social media to turn a relatively obscure country into one whose national anthem is played at sporting events on the other side of the globe. Though no one would suggest that business is the equivalent of war, this is nonetheless an epic tale of branding.

Even if you remove Putin’s murderous history or suspect reasons for war, he was bound to lose the public relations battle. He’s a classic old-school manager: dour, stiff, and remote. He shows no emotion. He shares no personal details. It’s hard to cheer for someone you know nothing about.

Zelensky, by comparison, casts himself as an open book. We see joyful photos of his family. We hear his wife Olena Zelenska deliver impassioned pleas from her hideout. We watch video footage of the president’s emotional response to rarely seeing his children.

He frames the issue in the most personal terms. During a video call with European Union leaders, he said, “This might be the last time you see me alive.” In other words, this is not a battle between large, distant entities. It’s a very human fight. The audience can see itself in his struggles.

It helps that Zelensky isn’t new to the camera. He used to star in a TV comedy about a teacher who becomes president. He also won Ukraine’s version of Dancing With the Stars. His screen time taught him how the media works, and how communication skills are among the most important a leader can have.

We’re all in this together

There’s one way war is very much like business. Both are quests for hearts and minds. Putin is working from an old playbook that resents transparency: Stick to the official message, even if few believe it. Keep information close to the vest. Pretend critics and bad news don’t exist.

Zelensky, in turn, is an information machine. He’s giving impromptu interviews from the front line, willing to discuss any subject while appearing as a leader with nothing to hide. Go to Facebook or Twitter and he will be there, speaking from the heart in the kind of shaky video that users see as authentic. Little about him seems staged.

In the absence of information, people tend to assume the worst. Zelensky’s message is the opposite: Here’s what we’re doing and why we’re doing it. He’s providing context and a reason to buy in.

To place it in a business setting, he’s letting people know where the organization is headed, and how it’s paramount to work together to get there. The fact that everyday Ukrainians are taking up arms shows how inspiring this can be.

We’ve all heard the stats. Executives get five times more engagement on social media than they do through company websites. In the age of social media, it’s a losing proposition to keep the personal divorced from the professional.

This war is unique: Zelensky spent his life as an actor. Putin plays the perfect villain. However, the Ukrainian president is showing how a modern leader can rally others to his side through a simple message of humanity and shared mission—and savvy in communicating that to the world.

Alen Bubich is founder and CEO of Social Horse Power.