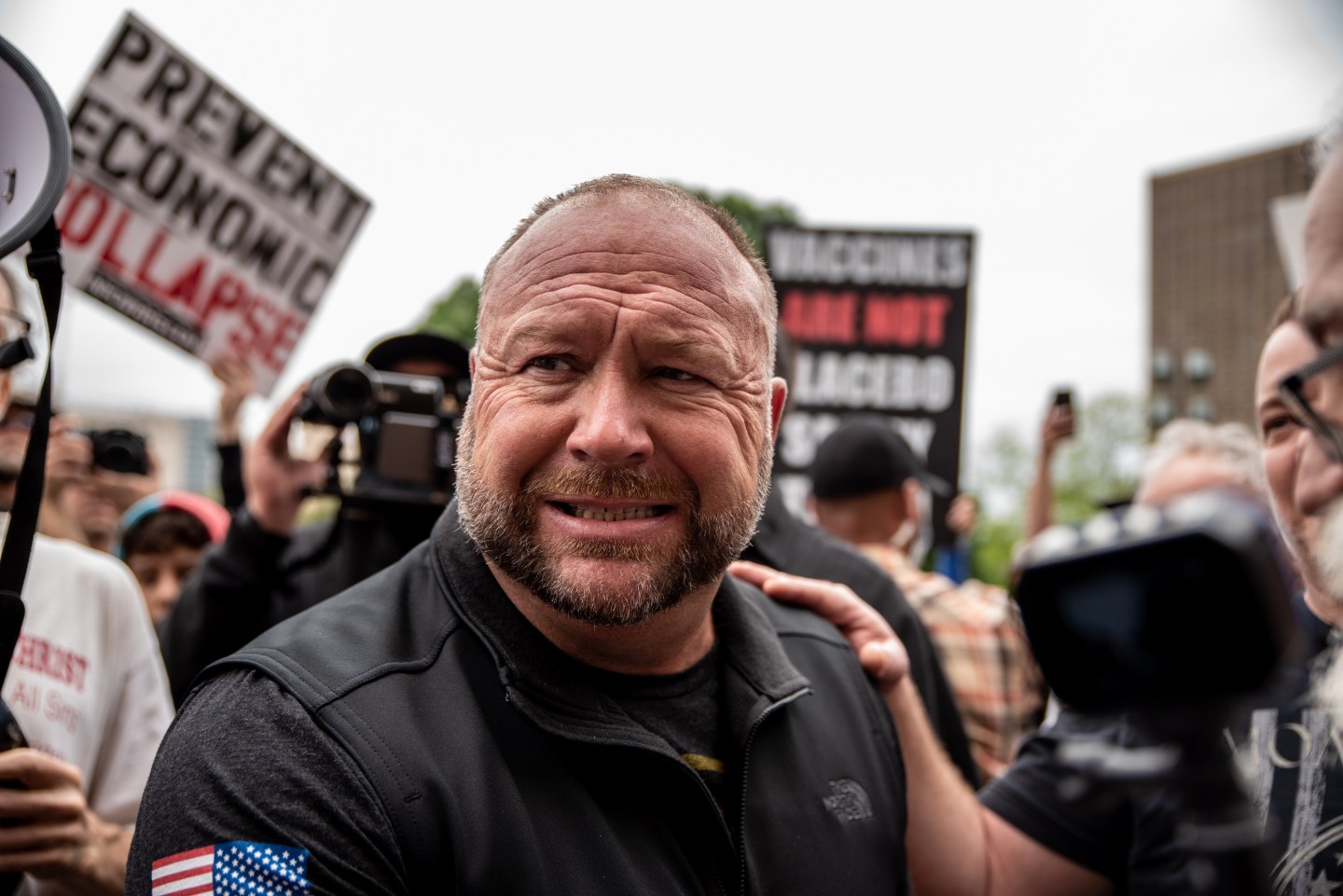 Infowars founder Alex Jones interacts with supporters at the Texas State Capital building on April 18, 2020, in Austin, Texas. The protest was organized by Infowars host Owen Shroyer who is joining other protesters across the country in taking to the streets to call for the country to be opened up despite the risk of the COVID-19.
Sergio Flores—Getty Images

Companies owned by far-right radio host Alex Jones are getting advice from restructuring advisers and considering options including a potential bankruptcy filing after being hit by lawsuits over Jones’s conspiracy theories, according to a person with knowledge of the matter.

A Chapter 11 filing would aim to allow Jones’s businesses, such as Infowars and Free Speech Systems, to keep operating while pausing civil litigation against them, said the person, who asked not to be identified because the discussions are private.

Jones and his companies last year were found liable in a defamation lawsuit brought by relatives of children killed in the 2012 Sandy Hook school massacre after Jones called the shootings a hoax. A trial in Connecticut to determine the size of the damages has yet to take place. He was also found liable in similar proceedings in Texas.

Lawyers representing Jones and his businesses have said the defamation lawsuit was strategically filed to silence their free speech on matters of public interest, according to court filings.

Judges in Connecticut and Texas issued default judgments against Jones after he failed to turn over documents including financial information. Pattis & Smith said the plaintiffs’ probe into the financial ties between Jones and his various entities is akin to a “collections action” and a “fishing expedition.”