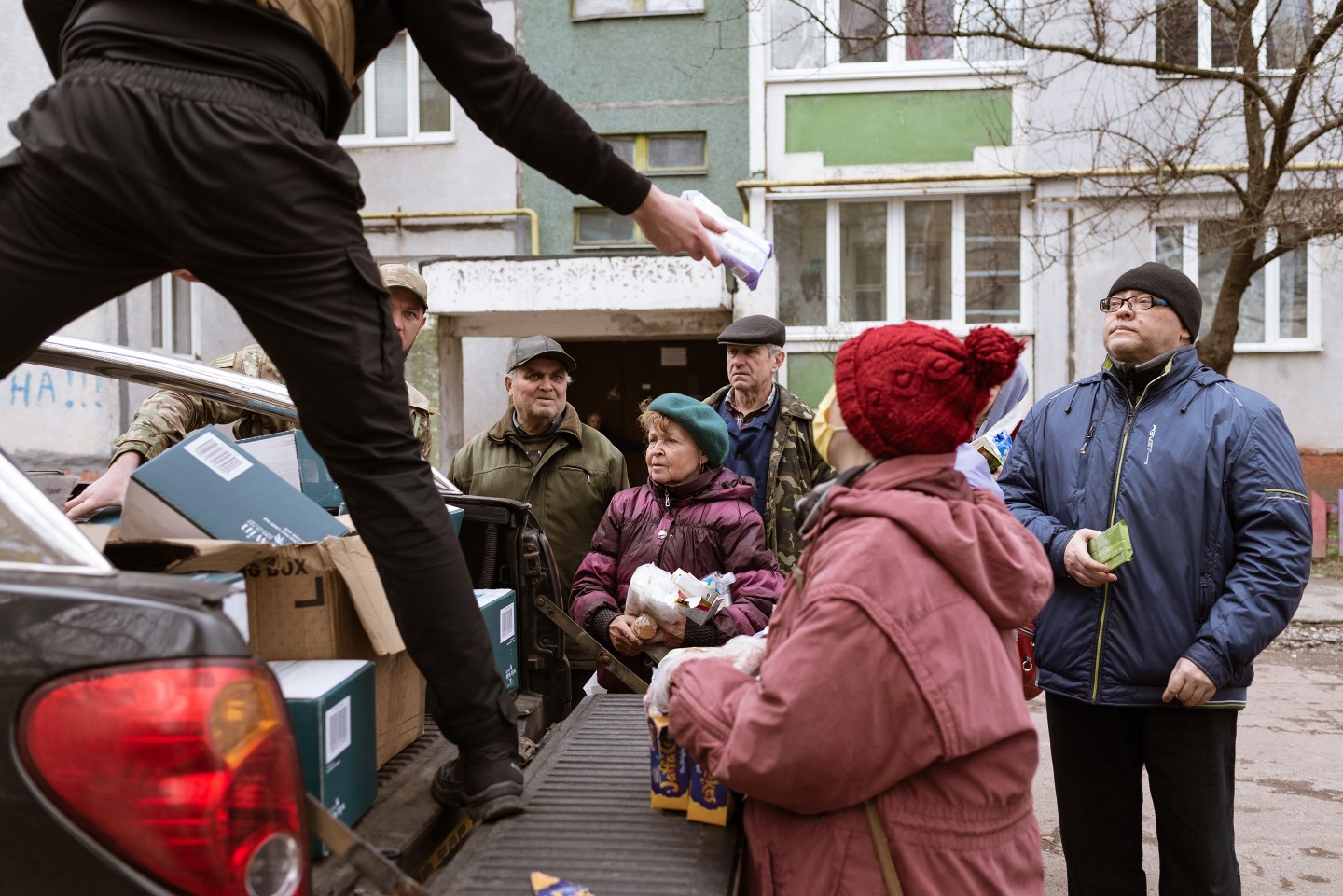 Ukraine has received nearly $900 million in donations since Putin invaded the country in late February.

The country has received more than than 600 grants totaling $886,052,533 since Feb. 28 —four days after the Russia-Ukraine war began—and April 14, according to Candid, an information services company that specializes in nonprofits.

Candid updates a Philanthropic response to the war in Ukraine page in real time as new information becomes available.

Since the Russian invasion on Feb. 24, many companies and organizations have prioritized sending philanthropic aid to Ukraine. Within the first two weeks, $397 million was raised, and charities like Bloomberg Philanthropies and Open Society Foundation donated $10 million and $25 million respectively in humanitarian aid. The IKEA Foundation donated $22 million in charitable aid on Mar. 3 and the American Red Cross which has donated $12 million towards relief efforts as of April 14.

Large corporations and humanitarian organizations aren’t the only ones donating. Celebrities and individual citizens are stepping into make change as well.

“For a lot of Americans, we can still remember the Cold War and wonder if Ukraine falls, what is next?” Kelly Palmer, the executive vice president of strategic growth for Ren Inc., a philanthropic solutions provider, said in an interview with Fortune. “The best way to help support Ukraine is to donate to a reputable nonprofit organization and make sure to designate the donation to provide relief for Ukrainians impacted by the war. This can be done as an outright donation to the nonprofit organization or can be done through a charitable account such as a donor-advised fund.”

Which celebrities are donating to Ukraine?

Ryan Reynolds and Blake Lively gifted $1 million to Ukrainian refugees, by donating to the United Nations refugee agency in late February. Netflix co-founder Reed Hastings tweeted that he was making a $1 million donation to Razom, a Ukrainian nonprofit group, on Mar. 2.

Supermodel Gigi Hadid pledged to contribute all of her 2022 Fall Fashion Week earnings to Ukrainian war refugees, on Mar. 6. Celebrity power couple Ashton Kutcher and Mila Kunis raised over $30 million for Ukraine, which earned them a personal thank you from the Ukrainian president, Volodymyr Zelensky, on Mar. 20.

Bethenny Frankel —a former Real Housewives of New York star—raised $85 million out of a $100 million goal for Ukraine.

Some donations are edible

On Mar. 2, Chef José Andrés, the founder of World Central Kitchen, tweeted that “nothing made him prouder” than the 10,000 pounds of flour and other goods that his organization delivered to both Ukraine and Poland as part of ongoing relief efforts.

While financial aid is the most common form of contribution, some organizations are thinking outside the box. For example, Sunflower Railroad, a group of military veterans and emergency health professionals, are in the process of donating an ambulance to Ukraine, which was gifted by the Poudre Fire Authority.

In addition, charities like UNICEF have collected financial donations for Ukraine but also dispatched humanitarian supplies in March, including 17,000 blankets and winter outfits for children. The Fairfield Ukrainian Club is collecting medical necessities like aspirin, as well as diapers and baby clothes, to send to Ukrainian refugees in need.

How is Ukraine using donation money?

Congress approved The Ukraine Supplemental Appropriations Act, 2022 in early March to provide aid to Ukraine. The act provides $13.6 billion in emergency spending, which included an allotment of $3.5 billion for military supplies alone.

This incredible figure begs the question: what is the war costing Ukraine?

Ukraine is spending approximately $4 billion each day on war, when damaged infrastructure, economic losses, and other factors are taken into account, according to Ukrainian Prime Minister Denys Shmyhal, as reported by Ukrinform, a Ukrainian multimedia platform. In contrast, war expenses for Russia are estimated to be over $20 billion daily, according to Consultancy.org.

“The world is certainly experiencing empathy and showing care,” Oleg Langbort, a fundraising organizer for Tikva, a Jewish orphanage in Odessa, Ukraine, told Fortune. “We have not had this scale of oppression and invasion since the second World War and humanity is coming together to provide assistance to those who desperately need it most”.