Boris Johnson repeatedly told the U.K. he had not been at a party during lockdown. He’s now been fined by the police for partying 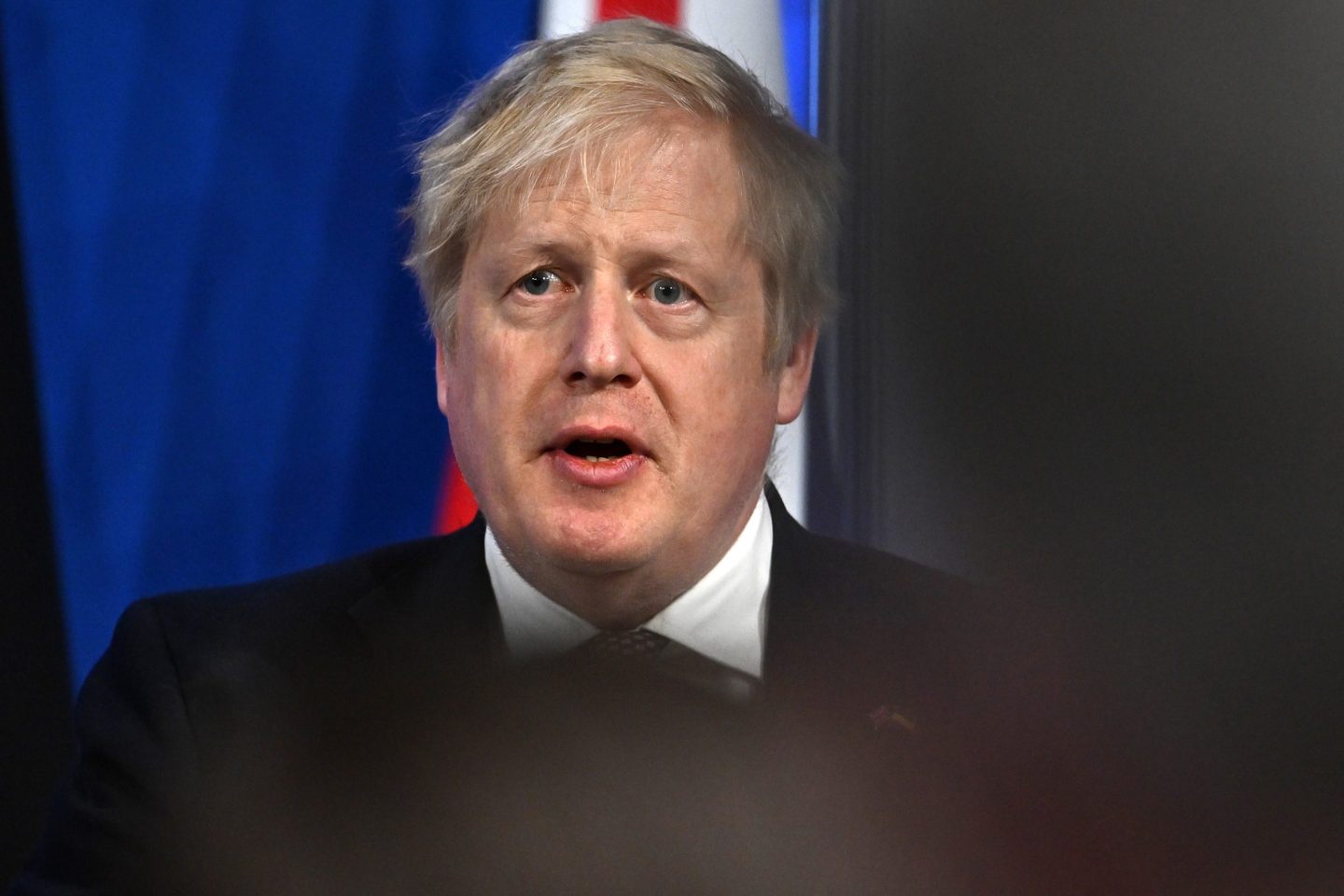 U.K. Prime Minister Boris Johnson and Chancellor of the Exchequer Rishi Sunak have been told by London police that they’ll be fined for attending rule-breaking gatherings during lockdown, the most damaging development yet in a scandal dubbed “partygate” by the British media.

Britain’s two most powerful politicians were informed Tuesday by the Metropolitan Police about the intention to fine them, Johnson’s office said in a statement. It said it had no further details.

The fines will buttress the public perception that while ordinary Britons faced severe restrictions on socializing during the COVID-19 pandemic, the premier and his aides were partying in government buildings. It could also reinvigorate calls from within Johnson’s own Conservative Party to oust the premier.

Opposition Labour Party Leader Keir Starmer said the fines are a sign the two men had “repeatedly lied to the British public.”

The allegations of lockdown partying brought Johnson’s premiership to the brink earlier this year when more than a dozen of his own MPs publicly called on him to resign. The clamor has since subsided with some lawmakers retracting their calls for the premier’s departure as attentions turned toward Russia’s invasion of Ukraine.

Yet the mood could now change: if 54 Conservative MPs, or 15% of the total, submit letters to the influential 1922 committee, it will trigger a no-confidence vote in the premier.

The force has been investigating since late January a dozen gatherings in government buildings, including one in the garden of Number 10 at which Johnson was photographed, and another in the cabinet room on his birthday. Police began issuing fines to officials at the end of March.

In a preliminary report published in January, senior civil servant Sue Gray slammed “ failures of leadership and judgment” at the top of Johnson’s administration and criticized a culture of “excessive” drinking. Her full findings will be disclosed once the police have concluded their probe.

The prime minister has repeatedly said he was assured no rules were broken and that he had thought the gathering in the garden, which he acknowledged attending, was a work event. But the fine is likely to prompt fresh questions from opposition parties over whether Johnson misled the House of Commons.