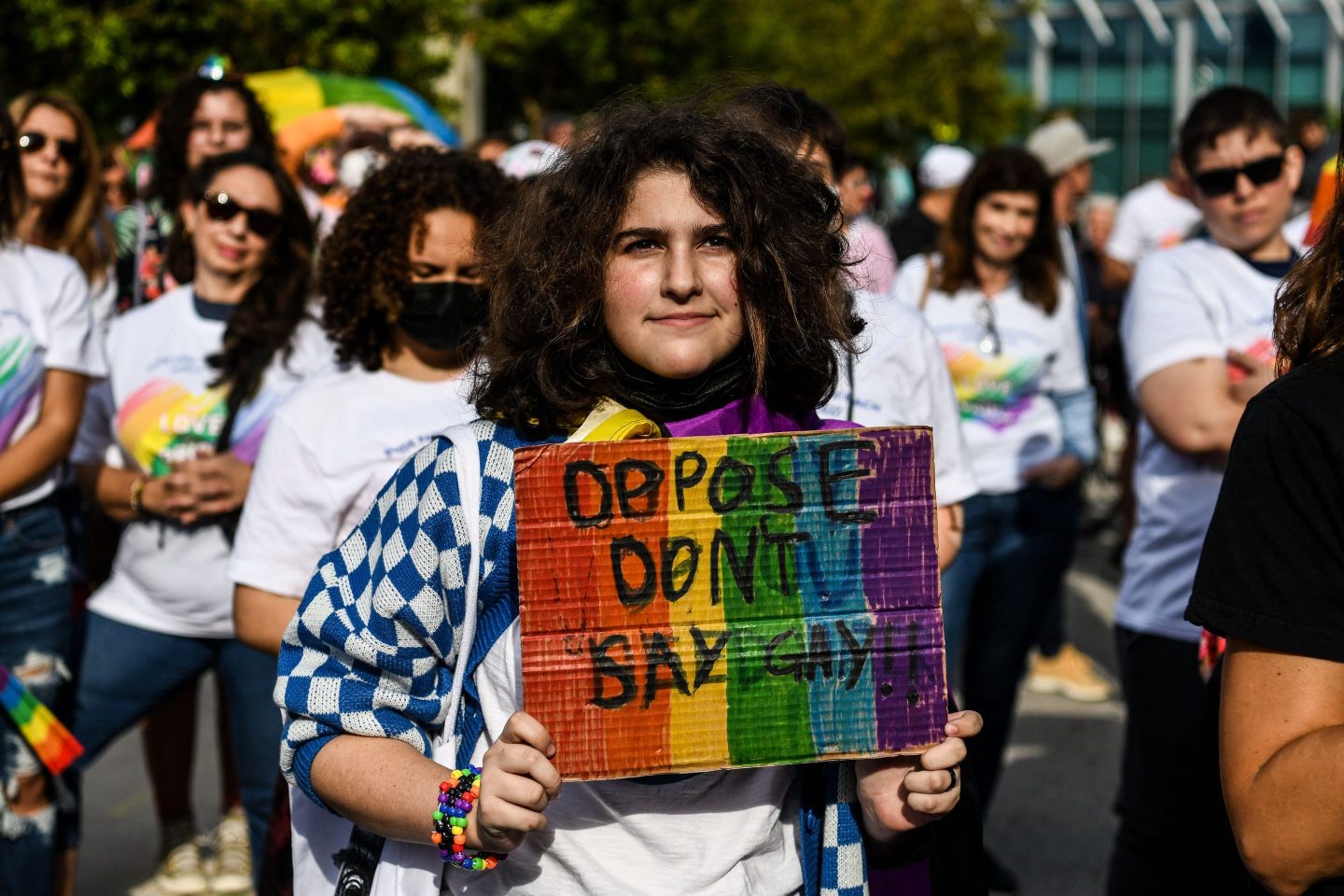 Florida Gov. Ron DeSantis signed a bill on Monday that forbids instruction on sexual orientation and gender identity in kindergarten through third grade, a policy that has drawn intense national scrutiny from critics who argue it marginalizes LGBTQ people.

The legislation has pushed Florida and DeSantis, an ascending Republican and potential 2024 presidential candidate, to the forefront of the country’s culture wars, with LGBTQ advocates, students, Democrats, the entertainment industry and the White House denouncing what critics have called the “Don’t Say Gay” bill.

DeSantis and Republicans have repeatedly said the measure is reasonable and that parents, not teachers, should be broaching subjects of sexual orientation and gender identity with their children.

“We will make sure that parents can send their kids to school to get an education, not an indoctrination,” DeSantis said before he signed the bill into law. He and other speakers stood at a podium affixed with a placard reading Protect Children/Support Parents.

Critics say the bill is so vaguely worded that speech could be muzzled throughout public schools.

The bill states: “Classroom instruction by school personnel or third parties on sexual orientation or gender identity may not occur in kindergarten through grade 3 or in a manner that is not age appropriate or developmentally appropriate for students in accordance with state standards.” Parents would be able to sue districts over violations.

DeSantis signed the bill after a news conference held at the Classical Preparatory School in Spring Hill, about 46 miles (74 kilometers) north of Tampa. The school was founded by Anne Corcoran, wife of Education Commissioner Richard Corcoran, according to The Gainesville Sun.