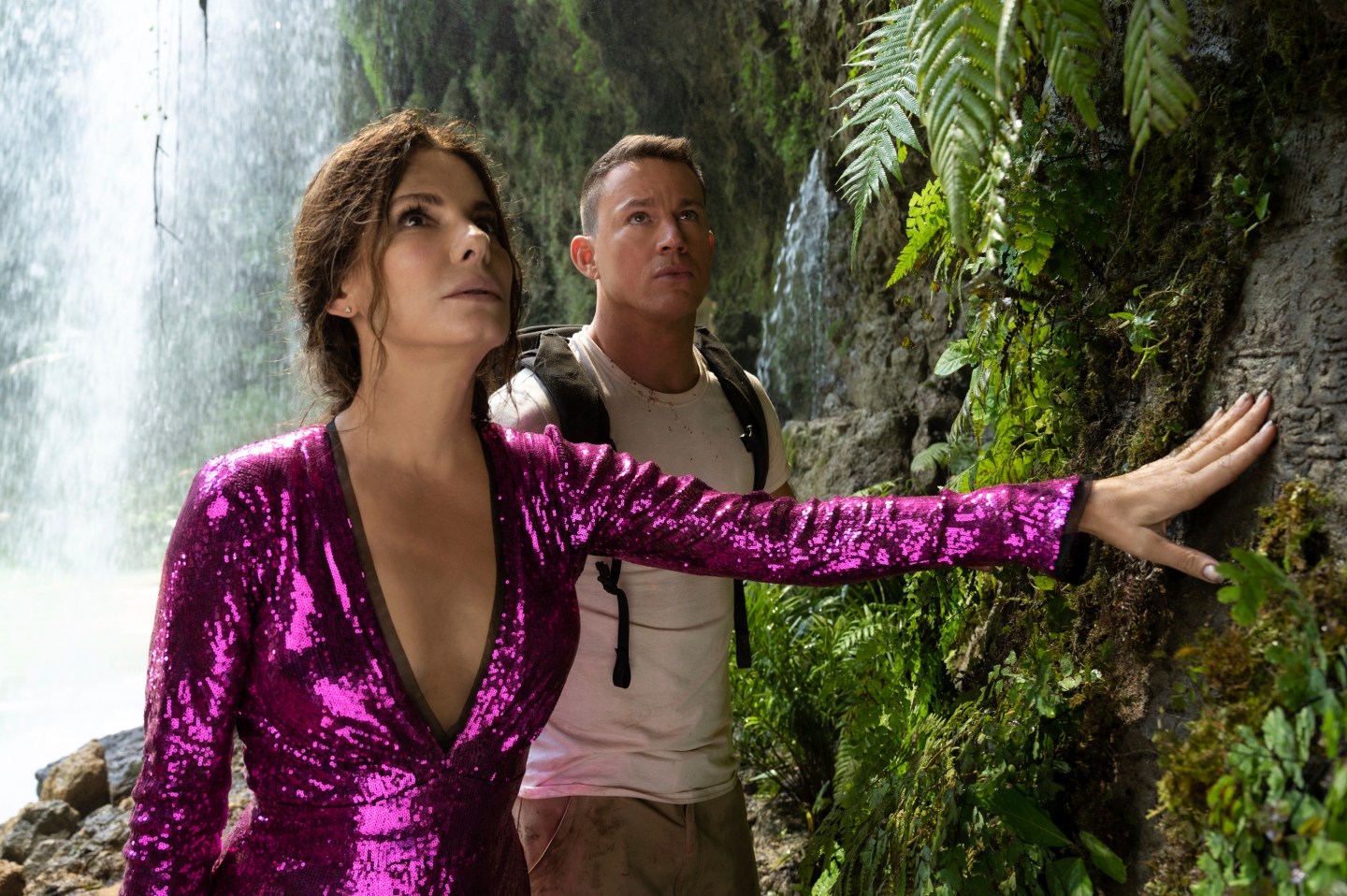 LOS ANGELES —Sandra Bullock and Channing Tatum led the action-adventure comedy throwback “The Lost City” to a $31 million debut in U.S. and Canadian theaters over the weekend, according to studio estimates Sunday, dethroning “The Batman” from the No. 1 spot the superhero film had held for most of March.

“The Lost City” relied on the now relatively old-fashioned concept of star power to propel the Paramount Pictures release above expectations at the box office. Bullock has long been a singular top draw, but her great appeal had in recent years been felt most on Netflix, where 2018’s “Bird Box” became one of the streamer’s most-watched releases. And Tatum, after a hiatus from lead roles, recently proved his popularity with the still-playing hit “Dog” (now up to $57.9 million in six weeks), which he co-directed.

Bullock and Tatum’s chemistry together helped make “The Lost City,” directed by the brothers Adam and Aaron Nee, an appealing romantic-comedy diversion with shades of 1984′s “Romancing the Stone.” It also notably attracted a majority female audience. During the pandemic, male moviegoers have been quicker to return.

And theaters are hoping “The Lost City” kicks off a new period of stability. The first three months of 2022 have belonged overwhelming to “Spider-Man: No Way Home” (which crossed $800 million this week), “Uncharted” ($133.6 million) and “The Batman,” which fell to second in its fourth week of release and added $20.5 million to its domestic total of $332 million.

But for the first time this year, the release calendar is about to get consistently busy. The coming weeks will see the releases of “Morbius,” “Sonic the Hedgehog 2,” “Fantastic Beasts: The Secrets of Dumbledore,” “The Bad Guys” and “The Unbearable Weight of Massive Talent.” All are opening exclusively in theaters.

The specialty box office also got a lift from A24’s “Everything Everywhere All at Once,” which opened with $50,965 from 10 locations. The film, an existential sci-fi comedy starring Michelle Yeoh, first premiered — like “The Lost City” — at South by Southwest in Austin, Texas, earlier this month.

Meanwhile, the Indian epic “RRR” (“Rise Roar Revolt”) opened with $9.5 million in 1,200 North American theaters, one of the largest releases ever for a movie from India. S.S. Rajamouli’s period film about two revolutionaries debuted the same time in India. There’s no centralized box-office reporting there, but “RRR” was expected to be one of the country’s biggest blockbusters.