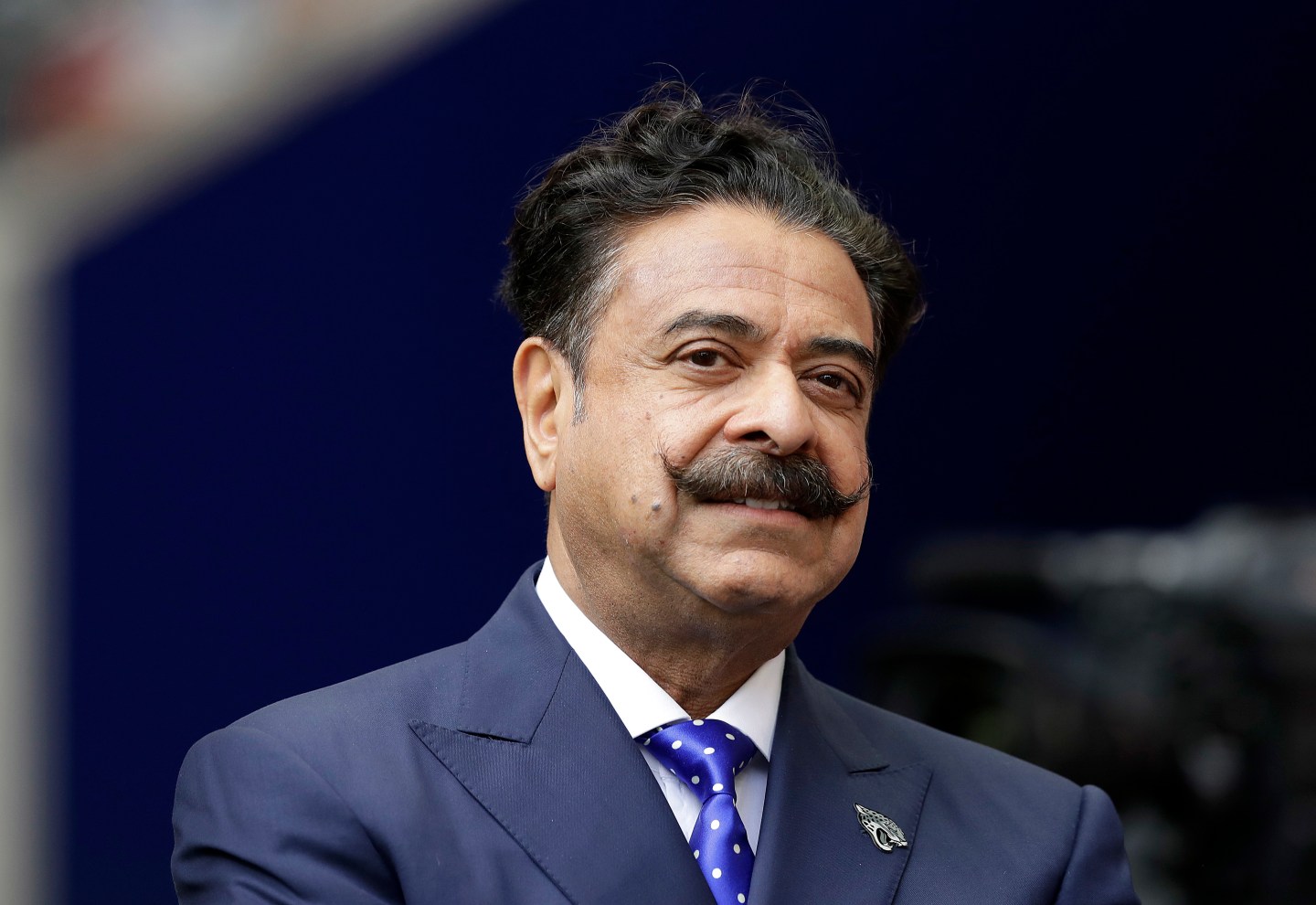 In this Sept. 24, 2017, photo, Jacksonville Jaguars owner Shahid Khan stands before an NFL football game against between the Jaguars and the Baltimore Ravens at Wembley Stadium in London. The Black News Channel shut down on Friday, March 25, after failing to meet its payroll and losing the support of its chief investor, Kahn. The network, founded by former GOP congressman J.C. Watts, relaunched last year following an investment by Kahn, hiring 250 Black journalists and production personnel.
Matt Dunham—Associated Press

NEW YORK—The Black News Channel has pulled the plug after the 2-year-old venture failed to meet payroll and lost the backing of its biggest investor.

Princell Hair, the company’s president and CEO, told employees Friday in a memo that the news network was ceasing live production and would file for bankruptcy. BNC was available in some 50 million homes with cable and satellite but had failed to attract many viewers.

But it was consistently losing money, despite two rounds of layoffs, and Khan decided to stop investing in it further. It is currently three weeks short of payroll, a company spokesman said.

The end came even as BNC recorded its biggest audience ever this week with its live coverage of the Judiciary Committee hearing for U.S. Supreme Court nominee Judge Ketanji Brown Jackson, Hair said.

He told employees that their contributions had been remarkable, but “due to challenging market conditions and global financial pressures, we have been unable to meet our financial goals, and the timeline afforded to us has run out.”

Establishing a network is particularly tough at a time when consumers have so many choices and many are cutting cable or satellite cords.

“Remember that we built something great here,” Hair said in his memo. “BNC, or something very close to it, will surely return at some point, because the world needs it, and all of you have proven it can be done.”

News of BNC’s shutdown was first reported by The Los Angeles Times.

The National Association of Black Journalists said Friday that it was looking at ways to help members that were thrown out of work by the shutdown.