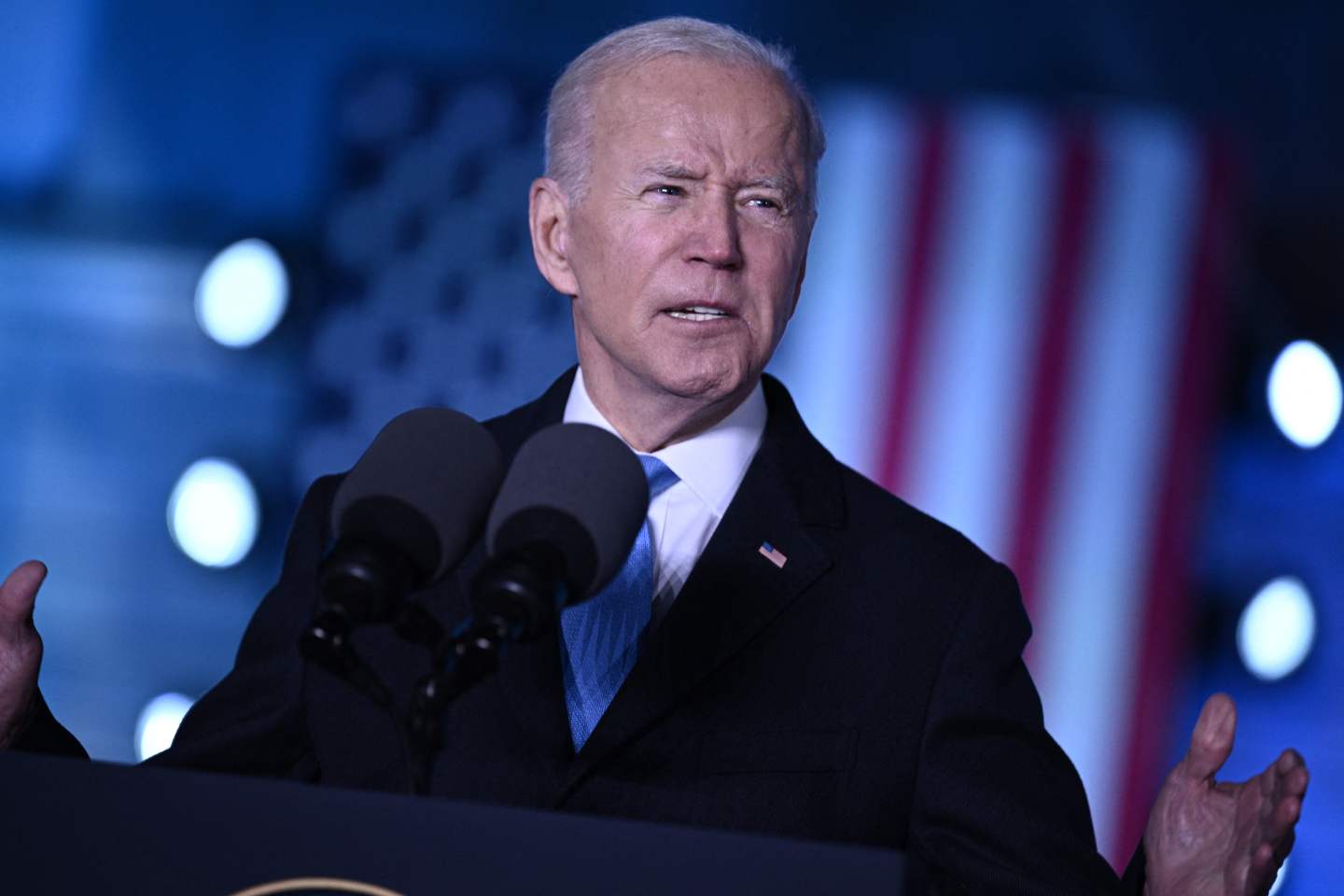 US President Joe Biden delivers a speech at the Royal Castle in Warsaw, Poland on March 26, 2022.
Brendan Smialowski—AFP/Getty Images

U.S. President Joe Biden on Saturday seemed to call for the removal of Vladimir Putin, saying the Russian leader “cannot remain in power”—but the White House quickly clarified, with an anonymous official saying the president was “not discussion Putin’s power in Russia or regime change.”

The White House would not comment on whether Biden’s headline-making statement was a part of his prepared remarks, according to the Associated Press. The U.S. has so far been careful not to enter the conflict or seek regime change.

“For God’s sake, this man cannot remain in power,” Biden said earlier in the day at the end of a address delivered at the Royal Castle in Warsaw, the Polish capital. Among the crowd of about 1,000 were Ukrainian refugees.

The Kremlin’s response, per CNN, citing Russian spokesperson Dmitry Peskov: “This is not to be decided by Mr. Biden. It should only be a choice of the people of the Russian Federation.”

Biden’s remarks came at the end of a two-day trip to Poland, during which he met with U.S. troops, refugees, and Polish President Andrzej Duda, among others, the AP reported.

Earlier in the day he called Putin a “butcher” while speaking to Ukrainian refugees. He also said Putin’s claims that he is “de-Nazifying” the Ukraine are “a lie,” “cynical” and “obscene.” Ukrainian President Volodymyr Zelenskyy is Jewish, and his father’s family died in the Holocaust, according to the Associated Press.