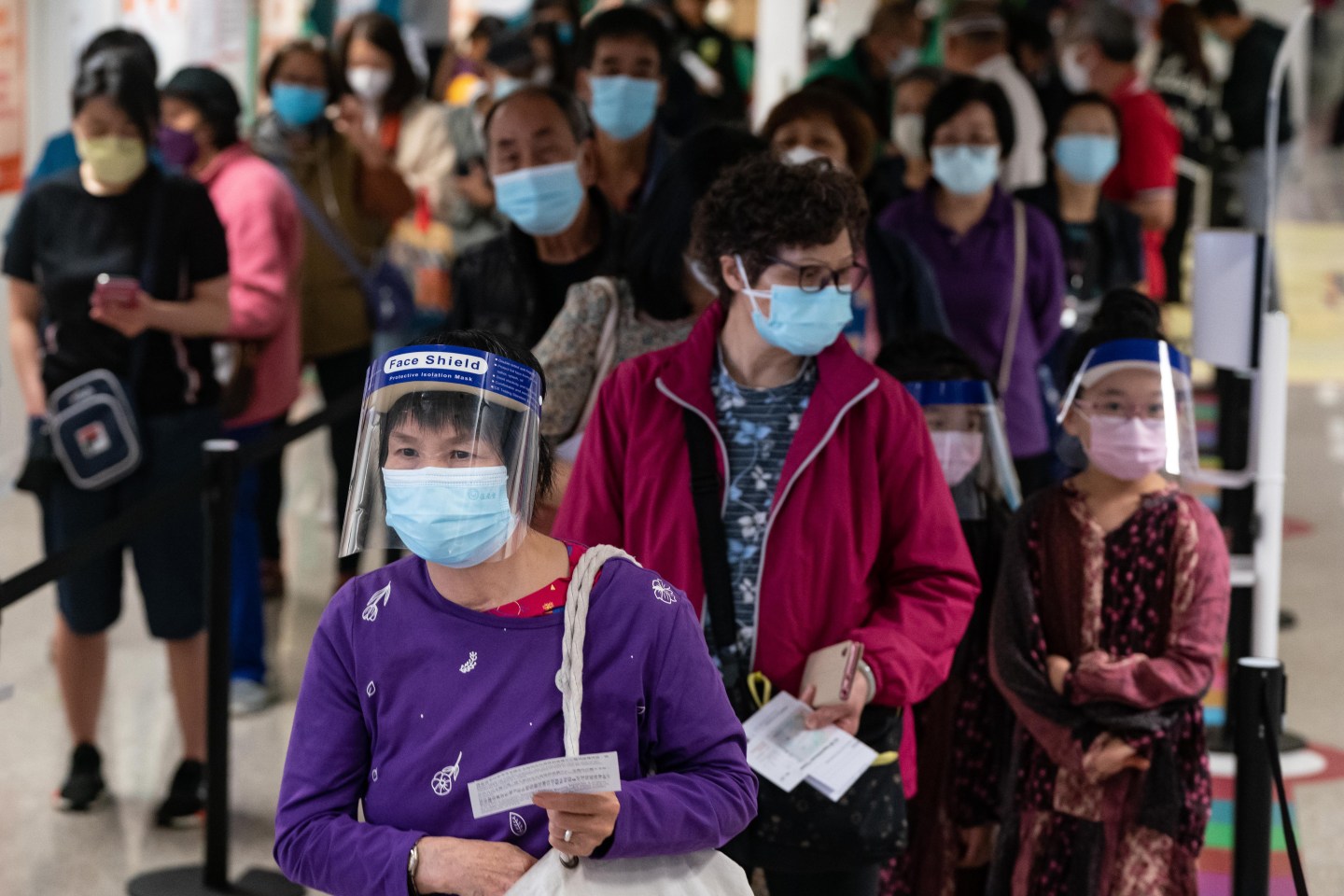 People wait in a queue to register to receive the Sinovac Covid-19 coronavirus vaccine at a vaccination center set up inside a train station on March 11 in Hong Kong, China.
Anthony Kwan—Getty Images

Almost 87% of Hong Kongers who died from COVID after getting at least one dose of vaccine received Sinovac Biotech Ltd.’s shot, Ming Pao reported, though most deaths occurred among those who weren’t immunized.

The newspaper said it analyzed data from the Hospital Authority involving 5,167 of the city’s COVID fatalities, without disclosing its sources or additional information. It found that 71% of those who died were unvaccinated. Of the 1,486 who died after receiving at least one dose, 1,292—or 87%—had gotten Sinovac, Ming Pao reported.

Most deaths in Hong Kong have occurred among under-vaccinated senior citizens, particularly those living in elderly care homes. There have been more than 5,400 fatalities in the latest omicron-driven outbreak, making the city’s death per capita the world’s highest. Less than 40% of those aged 80 and older were  vaccinated.

Two vaccines are available in the Asian financial hub. The Chinese-made Sinovac, which uses the inactivated technology, was often preferred by the elderly who believed it may have fewer side effects than the more potent mRNA immunizations from the German firm BioNTech SE.

The Sinovac shot has lower efficacy than that of the Biontech one, and offers limited protection against the omicron variant, studies showed. But it was still effective at reducing the risk of serious illness and deaths from Covid.

The Chinese vaccine makes up 60% of all of the doses administered to those aged 60 and above. Many experts, including University of Hong Kong professor and government advisor Yuen Kwok-yung, have said the elderly and children should get the BioNTech vaccine because of its superior protection against omicron.