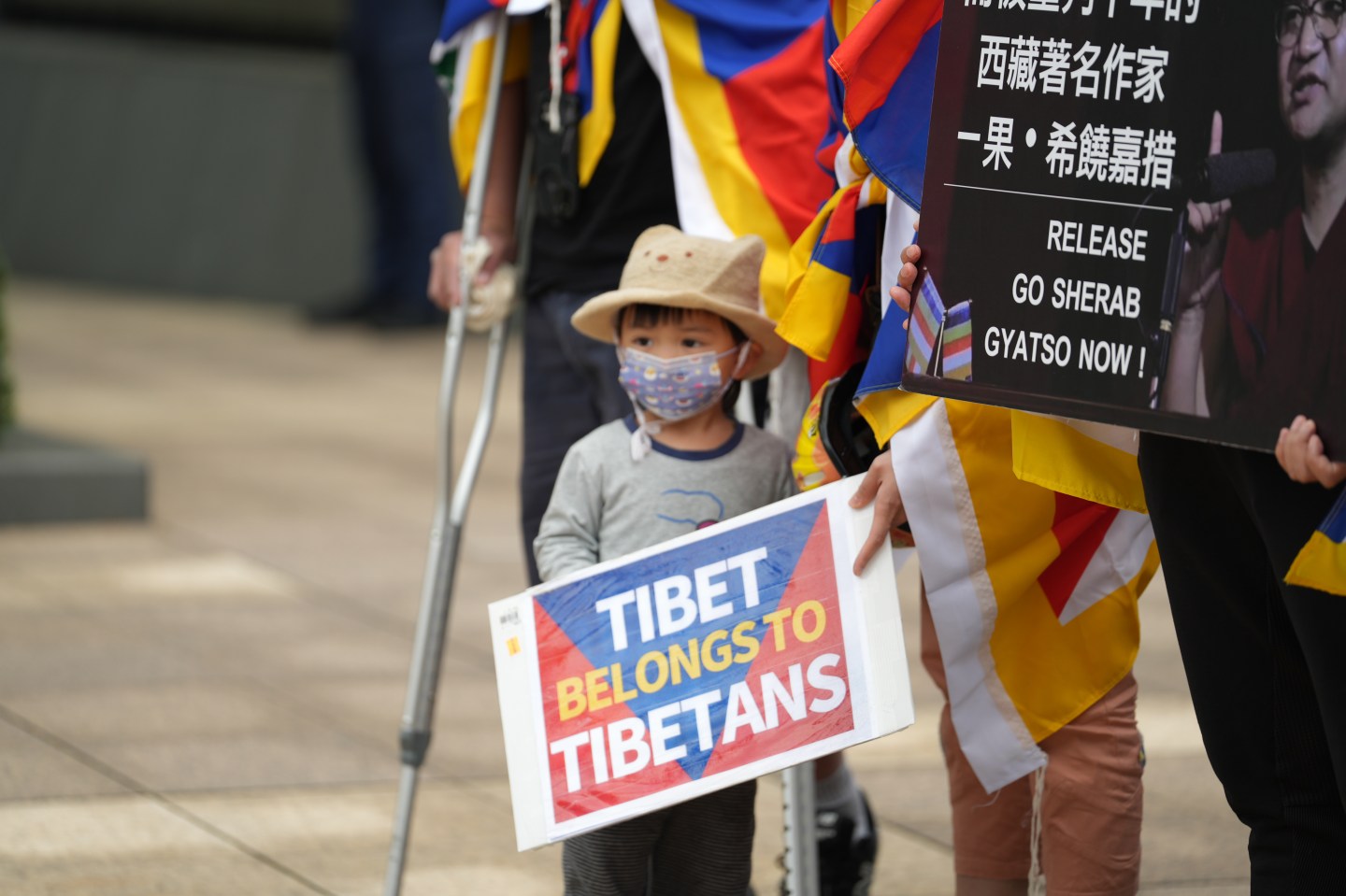 A kid holding a sign saying "Tibet belongs to Tibetans," protesting to commemorate the 63rd Anniversary of 310 Anti-Violence Day in Tibet, in front of the bank of China in Taipei, Taiwan, March 10.
Photo by Walid Berrazeg—Anadolu Agency via Getty Images

Three in four Japanese people worry that China may take military action against Taiwan or a set of disputed islands in the East China Sea, according to a survey by the Kyodo News.

They are concerned that Russia’s invasion of Ukraine could induce China to make similar offensives, respondents said in the poll conducted over the weekend. Public support for Prime Minister Fumio Kishida’s administration rose as some 86% of respondents backed Japan’s decision to slap economic sanctions on Russia.

Signs are growing that the war in Ukraine has made the Japanese more mindful of security risks in Asia. Japan has been locked in a territorial dispute with China over a chain of islands in the East China Sea—called Senkaku in Japan and Diaoyu in China –, and it generally sees neighboring Taiwan’s security as closely linked to its own.

The outcome of a separate survey Saturday by the Mainichi newspaper and Saitama University’s Social Survey Research Center showed nine in 10 Japanese are worried China may invade Taiwan.

The Kishida cabinet’s decision to send Ukraine bullet-proof vests was “reasonable,” 61% of respondents to the Mainichi survey said. About 11% said Japan doesn’t need to help Ukraine militarily, but twice as many said their country should consider more actively providing the east European nation with military support.