We need to reimagine meritocracy 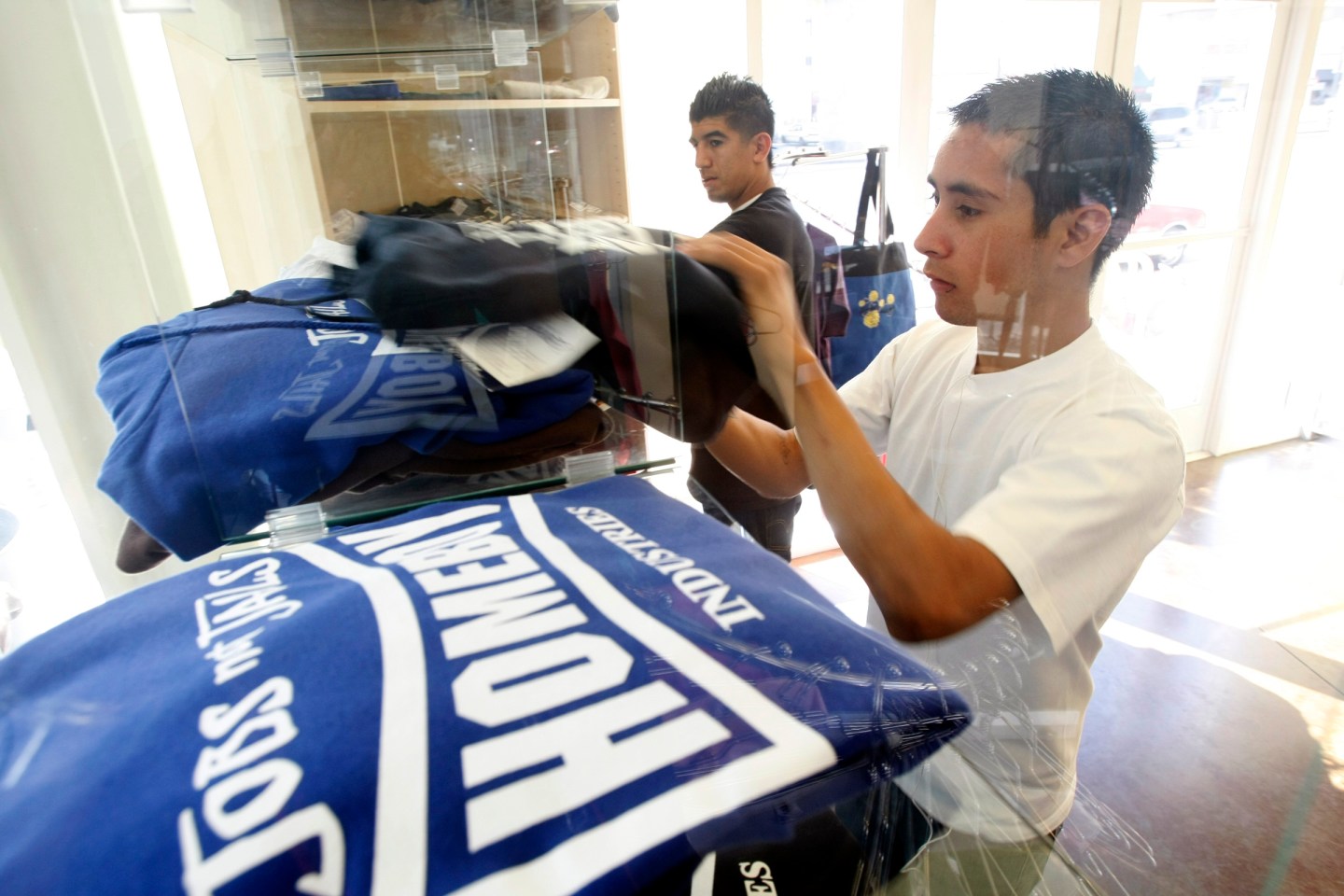 While money earned through one's own work can enhance their sense of self-worth, being measured by money alone does not provide meaning.
Kirk McKoy - Los Angeles Times - Getty Images)

Over fifty years ago, Martin Luther King Jr. said, “I believe we ought to do all we can and seek to lift ourselves by our own bootstraps, but it is cruel jest to say to a bootless man that he ought to lift himself by his own bootstraps.”

In the “forgotten America” of the working poor and disenfranchised, meritocracy doesn’t exist.

The working poor have many cultural and societal barriers that prevent them from even being able to play the game­, such as a history of childhood trauma, no access to a good education, no family network to fall back upon, insufficient financial resources, poor healthcare, and punishments in perpetuity as felons.

Homeboy Industries is the largest and most successful gang re-entry program in the world. For over 30 years, Homeboy has been helping men and women get out of the gang lifestyle through employment.

As they transform their lives, these men and women show us why people should not be defined by the worst thing they’ve done. Homeboy has helped thousands of people heal from complex trauma and contribute to our society—even when it seems like society has given up on them.

In many ways, this effort can be viewed as a fight against racial and economic inequities. The populations we serve are mostly poor people of color who have never been given a fair chance in life.

When I joined Homeboy, I fully believed in the American Dream and meritocracy. Our founder, Father Greg Boyle once asked me, “Is meritocracy a worthiness code?” His question gave me pause.

The “corporate executive” inside me held fast. After all, how might I otherwise explain and connect all my hard work and sacrifices with the riches and fruits of my success?

Father Greg explained that while “success can be a by-product of our effort,” the emphasis is different here. “We help people with meaning.”

Ultimately, the goal is to create a workplace culture where one can thrive and have a purpose. As we say at Homeboy, “achievements are a by-product of thriving.” Our efforts focus on providing an atmosphere in which people flourish so that they find their own worth.

Imagine a society that collectively pursues and reaches the goal of having thriving workplaces. This is when we can do away with meritocracy and simply celebrate achievements.

A huge weakness of meritocracy is that it needs measurement and data. At Homeboy, we focus on our people believing in themselves and finding joy as a path forward, and so we do not operate on a merit-based system.

Someone doesn’t transform their own life “better” or “sooner” than someone else. Finding one’s worth is not a metric—there is no way to calculate that. There is no way to measure a person discovering his or her God-given goodness. Once you start measuring, you imply that some folks are not worth as much as others and that some folks just don’t measure up.

While we decline to measure people and refuse to judge their worthiness, it’s also important to understand that workplace achievements help people grow. With earning more money comes more responsibility, which is reaffirming. Being promoted brings about a greater sense of self-worth and pride. In a spiritual sense, being measured by money is a nonstarter–but earnings tied to one’s own work is a powerful thing for a sense of self.

Meritocracy does not apply to all aspects of life. Our professional life generally exists in the business world, where there are a set of agreed-upon rules of operation. It’s within the workplace that meritocracy should be active. It’s not realistic to say that we’re never going to rate someone’s performance in terms of evaluating whether they’re doing their job or not. It’s okay to grade someone’s performance on their job. That doesn’t mean we’re declaring them a good person or a bad person.

The more people can understand and accept this tension, the better off we’re going to be. We can’t just take this measuring-up methodology and apply it to everybody and all aspects of life. If you’re stuck on measuring worth, consider this: “The ego thrives on success, but the soul finds vitality in meaning.”

Thomas Vozzo left a lucrative career in corporate America convinced there had to be a better way to define success. In 2012, he became the first-ever CEO of Homeboy Industries, the largest and most successful gang rehabilitation program in the world. His book, The Homeboy Way: A Radical Approach to Business and Life, gives leaders practical ways to address some of the most vexing social issues of our time.