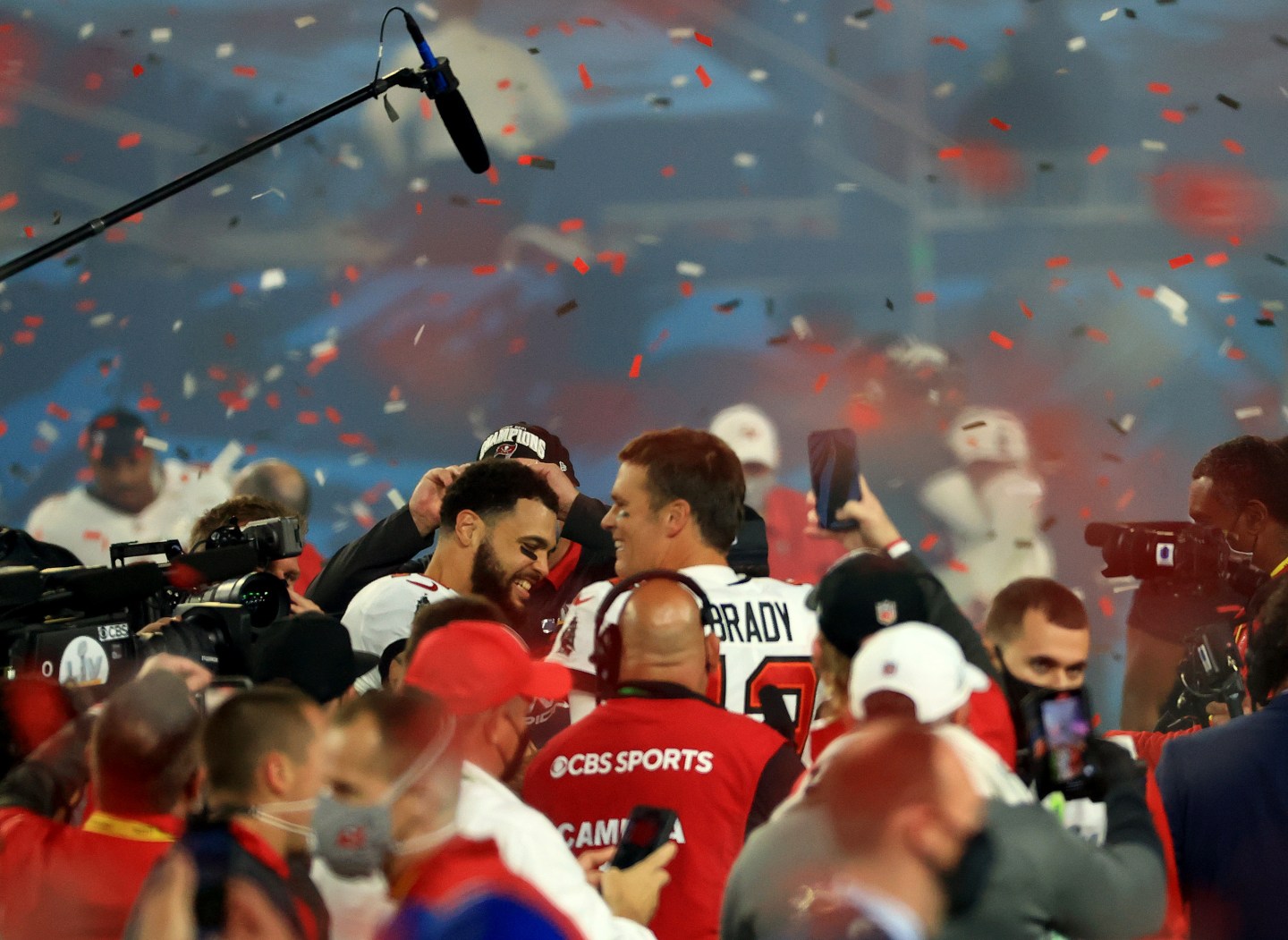 The seven-time Super Bowl champion announced his decision on Twitter and Instagram, saying he has “unfinished business.” The news stole the spotlight from the NCAA’s Selection Sunday.

“These past two months I’ve realized my place is still on the field and not in the stands,” Brady wrote. “That time will come. But it’s not now. I love my teammates, and I love my supportive family. They make it all possible. I’m coming back for my 23rd season in Tampa.”

Brady led the Buccaneers to a Super Bowl title following the 2020 season and NFC South championship last season. He teamed with coach Bill Belichick to win six Super Bowls during 20 seasons with the New England Patriots.

Brady cited his desire to spend more time with his wife, supermodel Gisele Bundchen, and three children when he decided to walk away from the game on Feb. 1. But he changed his mind about staying home, a day after attending the Manchester United match against Tottenham Hotspur. Brady sat with the Glazer Family, who own Manchester United and the Buccaneers.

His reversal sent shock waves throughout the sports world, and his teammates and Buccaneers fans reacted with jubilation.

Many Hall of Fame players across several sports returned to playing after retiring, including Michael Jordan, Magic Johnson and Bob Cousy in the NBA, Brett Favre and Reggie White in the NFL, Guy Lafleur and Mario Lemieux in the NHL.

The Buccaneers are hopeful star tight end Rob Gronkowski also returns. Brady convinced his buddy to unretire to join him in Tampa in 2020. The team lost Pro Bowl guard Ali Marpet, who retired at age 28. But Godwin is staying after getting the franchise tag.

Brady’s return should impact their decisions and the team’s plans. Tampa’s odds for winning the Super Bowl went from 25:1 to 7 1/2:1, tied with Green Bay for second-best behind Buffalo at 7:1, according to FanDuel Sportsbook.

Brady is the NFL’s career leader in yards passing (84,520) and TDs (624). He’s the only player to win more than five Super Bowls and has been MVP of the game five times.

Brady has won three NFL MVP awards, been a first-team All-Pro three times and selected to the Pro Bowl 15 times. He is 243-73 in his career in the regular season and 35-12 in the playoffs.

He’s back to build on all those numbers.