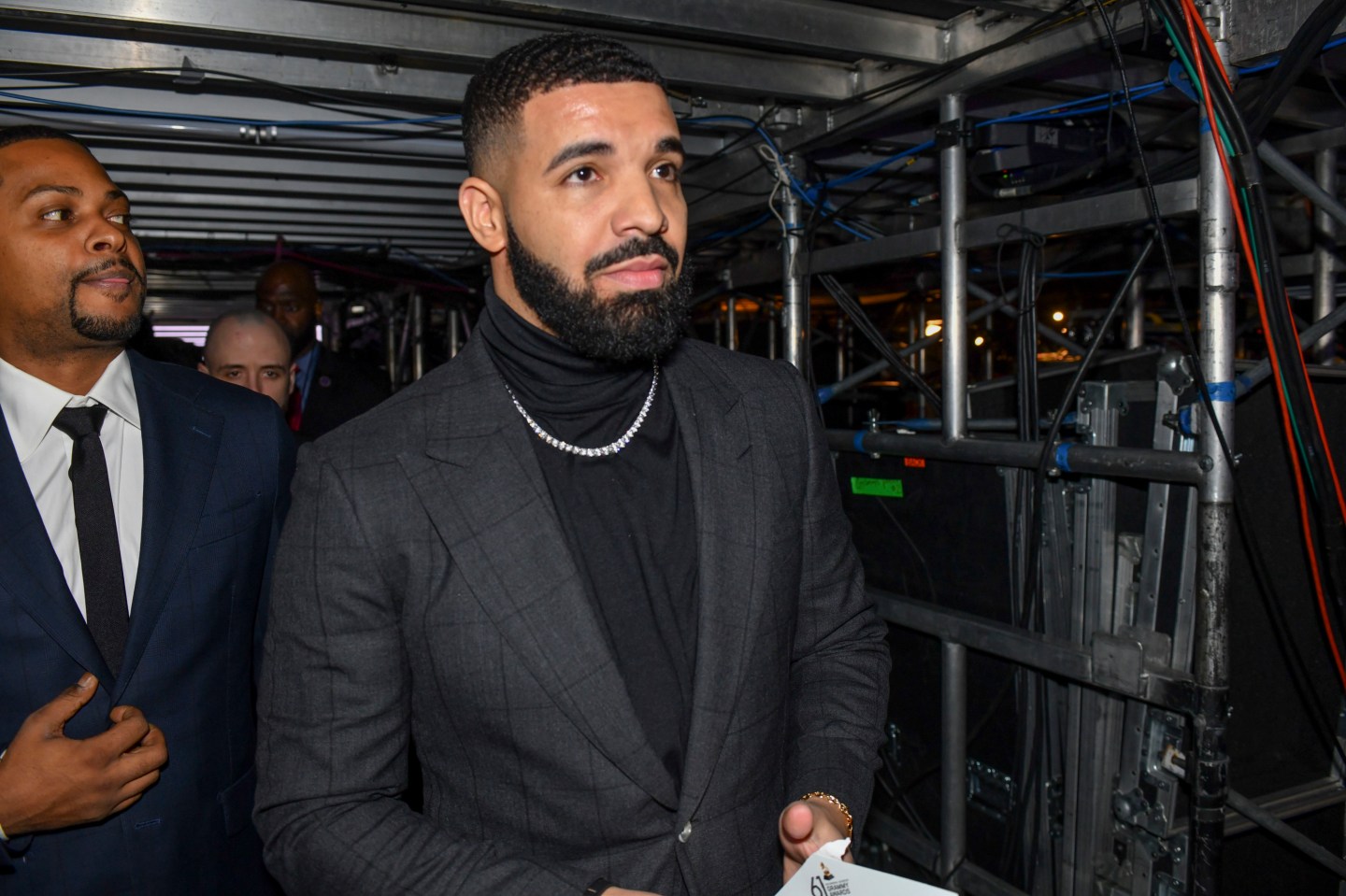 Drake’s classic English Tudor-style massive mansion, “The YOLO Estate,” is on sale for a whopping $14.8 million.

The rapper, whose legal name is Aubrey Drake Graham, is also listing the two adjoining Hidden Hills, California properties he bought for guests.

The house on the main property is 12,500 square feet. If that’s not enough space, you could also purchase the two neighboring properties. The three properties together would cost you $22.2 million.

Drake’s mansion and its features

The main mansion has a pool and an over-the-top exterior.

The master bedroom is connected to a spa and marble soaking tubs, amounting to 2,000 square feet.

The Hidden Hills property, which Hugh Hefner previously owned, is a bachelor’s dream, The Daily Mail reports. The pool has a swim-up bar, and is surrounded by giant statues of naked women. The house is also surrounded by animal statues that include a 60-foot crocodile next to a mechanical bull.

There is also a full-size beach volleyball court, an 80-foot slide, and an outdoor fireplace. Amenities include a basketball court, a tennis court, and an equestrian ring. Overall the house boasts a wine cellar, a tasting room, six fireplaces, and a theater that seats 25, according to TMZ.

Drake, also known as Champagne Papi, crowned his property as the YOLO (You Only Live Once) estate after his hit song The Motto. He even had a sign outside the property but later got rid of it, as it kept getting stolen.

In 2014, he revealed to Rolling Stone that he came across the property after searching for the world’s craziest residential pools. He bought the property for $7.7 million, which was a steal as the previous owner Larry Pollack had initially put it in the market for $27 million.

If interested, inquiries can be made to Rayni and Branden Williams from The Beverly Hills Estates.

Hold On, He Got A New Home

Earlier this month, the famous rapper is purchasing another mansion in an off-market deal in Beverly Hills for $50 million, $35 million below the asking price. Robbie Williams previously owned the property. The house measures 25,000 square feet and fits 11 vehicles in its garage.

The Tuscan-style property boasts ten bedrooms and twenty-two bathrooms. According to The Daily Mail, amenities include a wine cellar, a game room, a gym, a screening room, a tennis court, an elevator, an outdoor kitchen, and a mosaic-tiled pool.