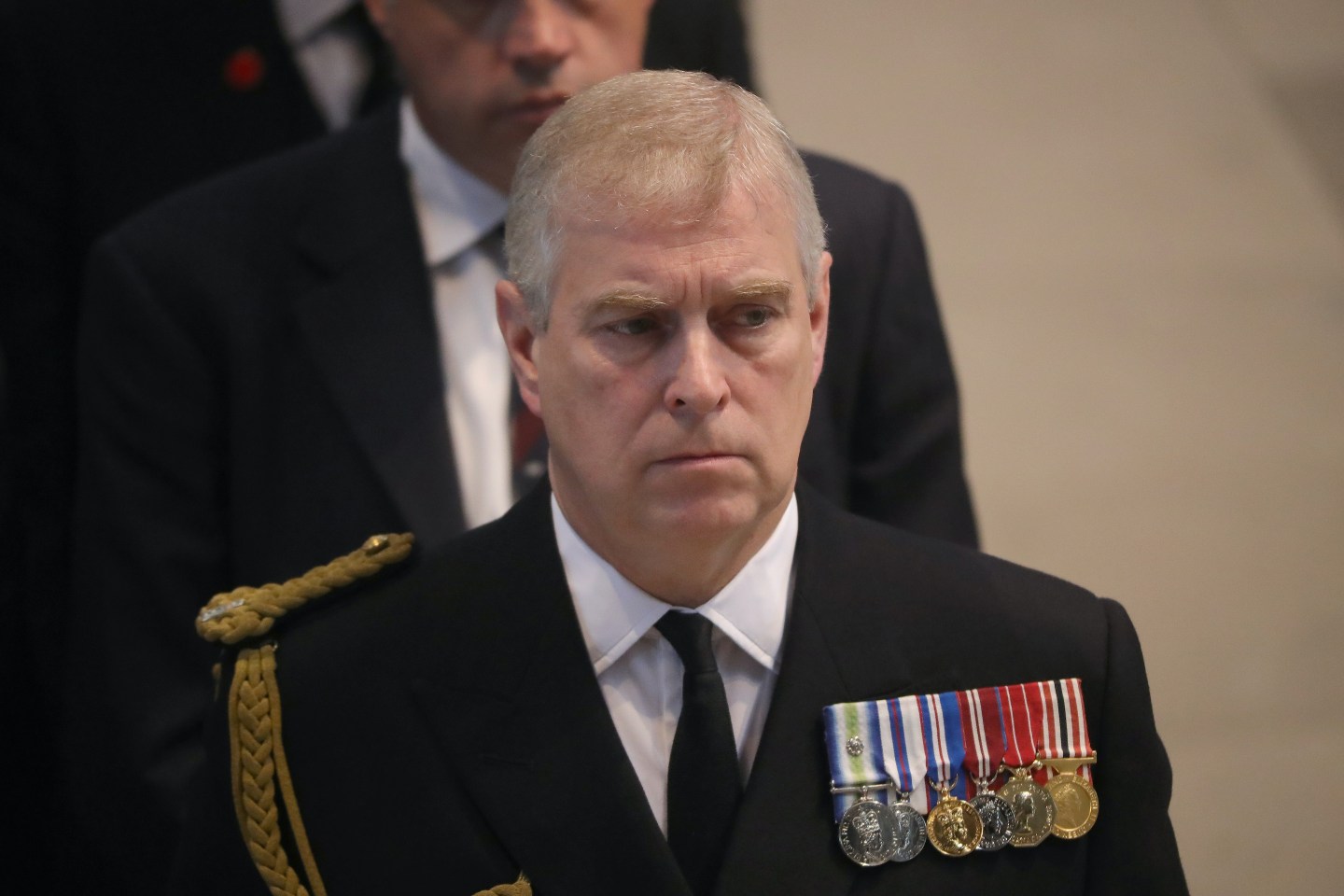 Prince Andrew will have to defend himself as a private citizen.
Christopher Furlong—WPA Pool/Getty Images

Queen Elizabeth II stripped her son Prince Andrew of all his military titles and royal patronages as he prepares to face a civil case over claims of sexual assault, saying he must defend himself as a private citizen.

“With The Queen’s approval and agreement, The Duke of York’s military affiliations and royal patronages have been returned to The Queen,” according to a statement from Buckingham Palace, which said the third of her four children will continue not to undertake any public duties. Andrew will also no longer use the style His Royal Highness, or HRH, in any official capacity, a person familiar with the matter said.

Andrew’s dramatic downfall comes after a New York judge this week allowed a trial over sexual-abuse claims to go ahead against the ninth in line to the throne. Virginia Giuffre claims that the British royal was one of several powerful men to whom Jeffrey Epstein “lent” her for abuse as a teenager. Andrew has consistently denied the allegations.

The ruling means that Andrew, Queen Elizabeth’s second son, will have to provide evidence demanded by Giuffre’s team if he continues to defend the case, a process that could take months or even years.

The prince stepped aside from representing the royal family publicly after a disastrous 2019 interview with the BBC in which he sought unsuccessfully to lay to rest suspicions tied to his friendship with the late Epstein and his partner, Ghislaine Maxwell.

—With assistance from Alex Morales.