With Omicron dominant, new COVID cases are up 254%—and those are just the reported ones 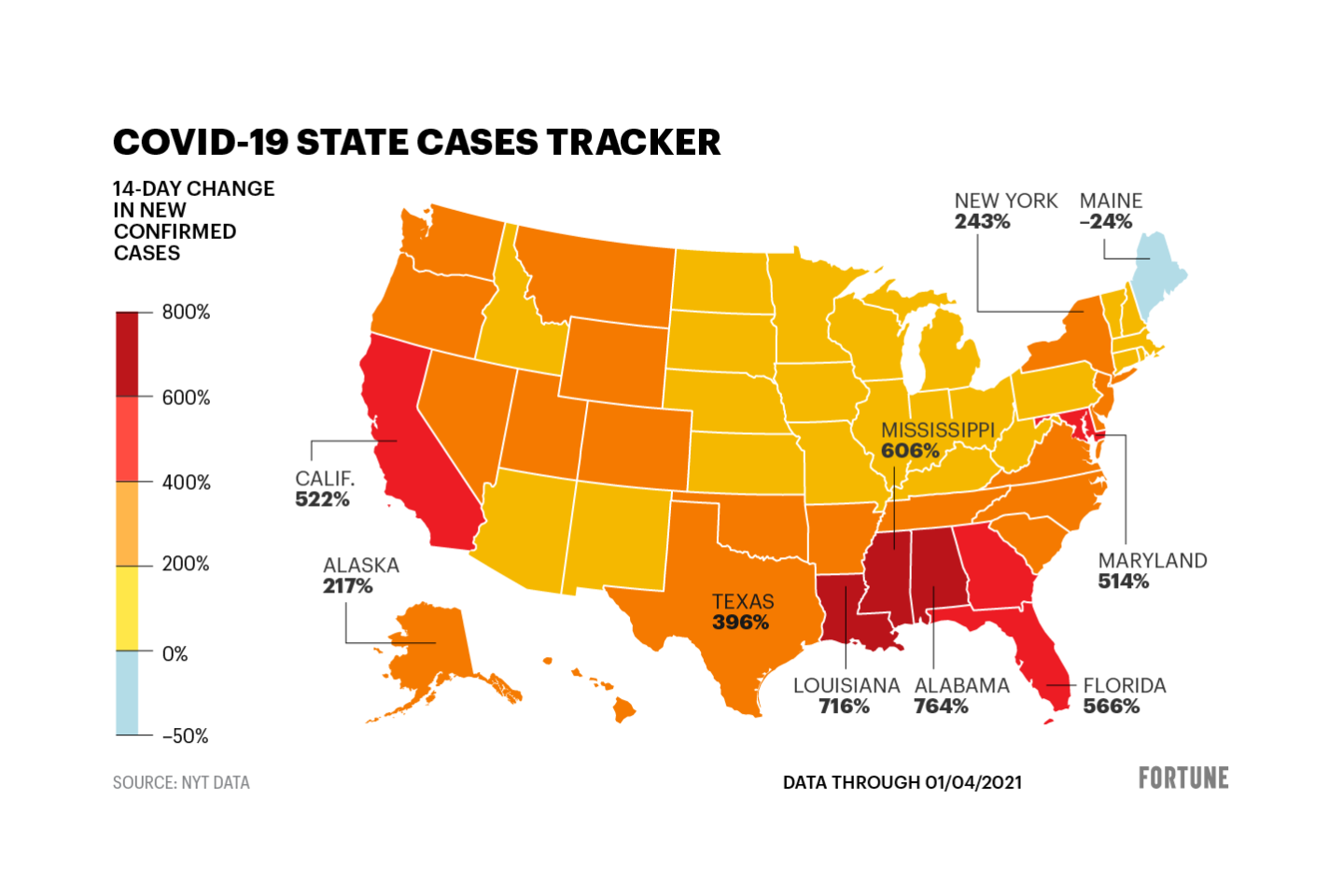 With COVID infections and hospitalizations surging across the U.S. due to the spread of the uber-transmissible Omicron variant, White House officials today warned the coming weeks will be “challenging.”

Though Omicron is less likely to cause severe disease than other strains of the virus, its rapid spread and the nation’s enormous COVID caseload is already straining the nation’s health systems, and complicating the operation of schools, businesses, and other services. The Centers for Disease Control and Prevention (CDC) now estimates the Omicron variant accounts for 95% of the country’s COVID infections.

According to the New York Times, the nation is averaging more than 547,000 new reported infections daily, more than double the pandemic’s previous peak and an increase of 254% over the level two weeks ago. (As staggering as those figures are, they capture only officially reported cases and likely miss infections detected by at-home tests.)

The average number of new COVID infections reported daily has increased in every state but Maine over the past two weeks—and tripled in more than half of all states. In Alabama and Louisiana, new reported cases have increased more than eight-fold in that period. New York, New Jersey, and Rhode Island have the greatest number of new infections per capita, each with more than 300 virus cases per 100,000 people.

Hospitalizations due to COVID are also trending up in the majority of states (and are up 51% nationally), though not nearly at the pace of new cases. The District of Columbia is the nation’s hotspot with nearly 100 per 100,000 residents hospitalized due to the virus, followed by Ohio, New Jersey, and New York, all of which have COVID hospitalization rates of more than 50 people per 100,000. Due to the surge, labor shortages, and cases among staff, many hospitals nationwide have suspended elective surgeries and other services.

As has been the case over the past year, the most individuals hospitalized for COVID are not fully vaccinated. Data continues to show that fully vaccinated people have strong protection against severe illness from the Omicron variant; those who have received a booster dose have further protection. In today’s press briefing, Anthony Fauci, Director of the National Institute of Allergy and Infectious Disease, said that a recent study in Israel found “a booster dose decreased infection by 10 times in all age groups.”

As of Jan. 5, roughly 207 million Americans or 62.3% of the population was fully vaccinated against COVID, according to the CDC. Of those 72.3 million, or almost 35%, had also received a booster dose. Among seniors, the most vulnerable age group, 59.4% had received a COVID booster shot.