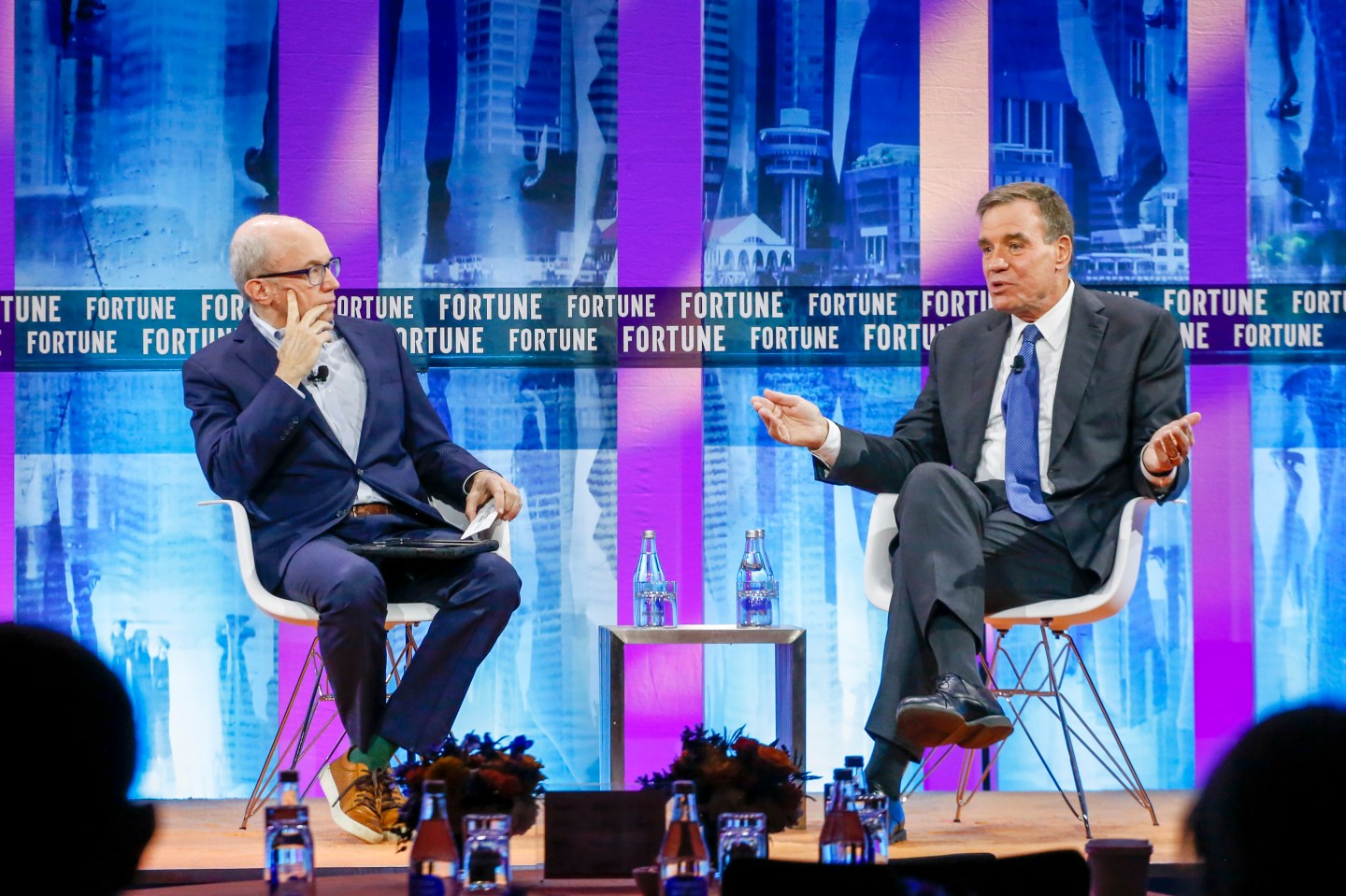 Sen. Mark Warner coauthored the hard-won $1 trillion Infrastructure Investment and Jobs Act, which President Joe Biden signed into law Monday, and is currently working to find the slim majority needed to get the Build Back Better Act passed, but the Democrat from Virginia says his biggest concern these days isn’t partisan politics—it’s China.

Competitive and economic threats from the Communist nation are a “much greater threat than anything we faced with the Soviets,” he told Fortune CEO Alan Murray at the CEO Initiative Tuesday.

Despite the fact that the country is stealing intellectual property at unprecedented levels and has an “Orwellian” surveillance state, too many American and international businesses have been willing to look past those issues for fear of missing out on the Chinese market, Warner said.

But the advent of 5G technology was a wake-up call for many, he noted.

“We’ve been so used to every tech innovation, even if it was not invented here; we got to set the rules,” he said. “5G was the first time…where [China] was setting the standard, and suddenly the international community and America didn’t have a player in that. That woke us up.”

The concern about China hasn’t distracted Warner from domestic matters, however. Calling the negotiations for the infrastructure bill some of the “ugliest I’ve been involved in,” he’s now focused on promoting the Build Back Better Act.

“I think the prognosis is still pretty good,” he said of the bill. “We’ve been awful about arguing the top line instead of discussing what this includes.”

It’s that focus on costs, rather than benefits, that he thinks played a role in recent elections, which saw the Democrats lose several key races, including the governor’s office in Virginia.

Had the infrastructure bill passed in September, he said, that would have given Terry McAuliffe and other Democrats an opportunity to explain how the bill would help the state—and that could have helped turn the tide, he noted.

That makes it more important than ever for the Democrats to pass their agenda well in advance of the 2022 midterms, he added.

“Pass the damn bills and go out and explain what’s in them,” he said. “Show [voters] that you can get things done.”