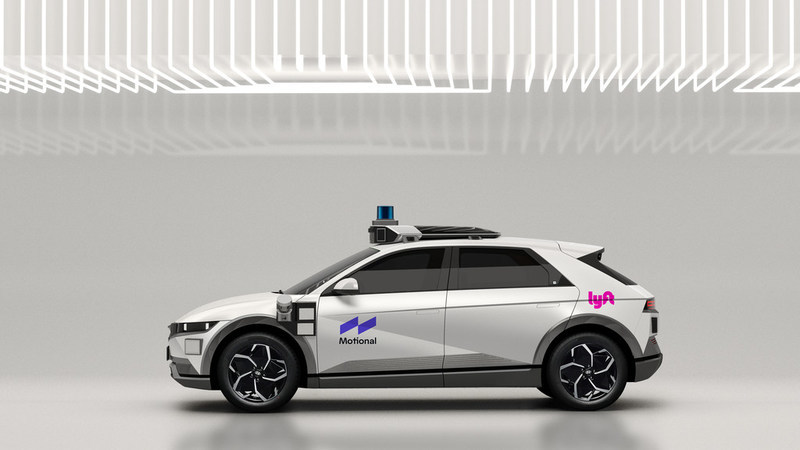 The Motional Ioniq 5–based robo-taxi.
Courtesy of Motional

It’s been over a decade since the world learned of Google’s self-driving car program. It’s been even longer than that since DARPA started its research and competitions around autonomous vehicles with the goal of increased safety and convenience on the roads. But with all the advances in A.I. technology and the amount of money—not to mention hype—surrounding these projects, it feels as if we’re not any closer to hopping in an automated car for a ride to work or a night out on the town.

Motional expects that to happen soon, when the Hyundai- and Aptiv-owned company will upgrade its robo-taxis, currently operating in Las Vegas, to be fully driverless by 2023. The move comes as a part of a partnership with Lyft and, as CEO Karl Iagnemma said at the Fortune Brainstorm A.I. conference in Boston on Tuesday, will use A.I. to give passengers the familiar “human” experience of taking a cab.

So far, Motional’s vehicles have provided over 100,000 rides with no fatal accidents for Vegas customers, though a human is still needed behind the wheel for safety and technical reasons. “Now in those vehicles, there’d be what we call the vehicle operator behind the wheel, hands off the system, hands off the wheel, monitoring the system, making sure all systems are go,” he said. “But in 2023—we actually are announcing this today—that will transition to a fully driverless service. So that will be our first launch market 2023 with Lyft, and of course we’ll expand to many cities in North America and worldwide from there.”

The cars are currently limited to an area around the Strip, constrained by a geofence that prevents them from driving off into the sunset. That will eventually change, says Motional, as will the human element that the driverless cars offer even without a Motional or Lyft driver present, thanks to A.I. systems that can interact with riders.

“That feel of a human-driven vehicle, that’s where we spend a lot of effort. That’s what we found, in our experience, goes a long way toward convincing people that the system is safe,” he said. “We deploy A.I. in various ways to achieve what ultimately is a proxy for the human driver. One example would be you get out of the car at the end of your trip, hopefully you don’t leave something behind, it happens. Often, a driver will say, ‘Hey, you forgot your phone,’ and you grab it, you thank him, and you go on your way. We scan the vehicle, we do some object detection, we can alert the individual, ‘Hey, it looks like you may have forgotten something in the vehicle.’”

As Iagnemma and Regina Savage, Morgan Stanley’s global head of automotive and mobility technology, discussed at length, safety is the biggest issue affecting the widespread adoption of autonomous vehicles.

“Investors and I personally think that at least some of the more early deployments you’re going to see because of this geofenced area are going to be on more narrow-use cases,” Savage said. Commercial vehicles, goods, the kind of barriers that you have to solve to be able to get that on the road safely, are different than if you’re driving human cargo around versus just televisions or other commercial goods. So, I think the earlier cases will be focused around that, but it’s obviously not as big of a market as what Karl and Motional are going after, which is this open-world robo-taxi concept.”

Iagnemma summed up the reasons why self-driving, autonomous, driverless cars—whichever of the many existing terms are used to describe them—haven’t yet become commonplace. “It’s hard technology,” he said. “It requires a lot of technical capability, requires solving a lot of difficult engineering problems. And it’s hard whether you’re trying to operate a robo-taxi or you’re trying to operate a Class A truck.”

He added that while these vehicles are safer than those operated by human drivers, the industry would be severely hampered if every human-operated vehicle were replaced and thousands of accidents happened, despite the fact that they’re bound to happen. Speaking of OEMs (original equipment manufacturers) in the self-driving space, Savage said, “Their view is, as long as we take the best efforts we can to make sure that the technology we’re putting in here is being used appropriately, and that we have guardrails around that to sort of limit inappropriate uses of it, especially when they’re very obvious cases, then they feel like they’ve made the right steps to be able to do that.”

But she pointed out that even the introduction of antilock brakes took time, as people needed proof that the systems could operate better than the average human hitting the pedal. So while the technology for self-driving cars is there, it’s just a matter of waiting a little longer for regulators and the general public to feel that the vehicles are ready for widespread use.

“The big-volume legacy OEMs are very focused on [safety] because historically, they’ve had to be right,” she said. “Every time they’ve deployed a new feature, there’s always been a risk, and they accept that as part of their business. They sort of say, ‘We need to make sure that we put as many guardrails around it that you could reasonably expect to make sure that this technology is used appropriately.’ I think that mindset is the one that’s driving most of the decision-making around this. And I suspect that, over time, policy and regulation will converge around that mindset as well.”