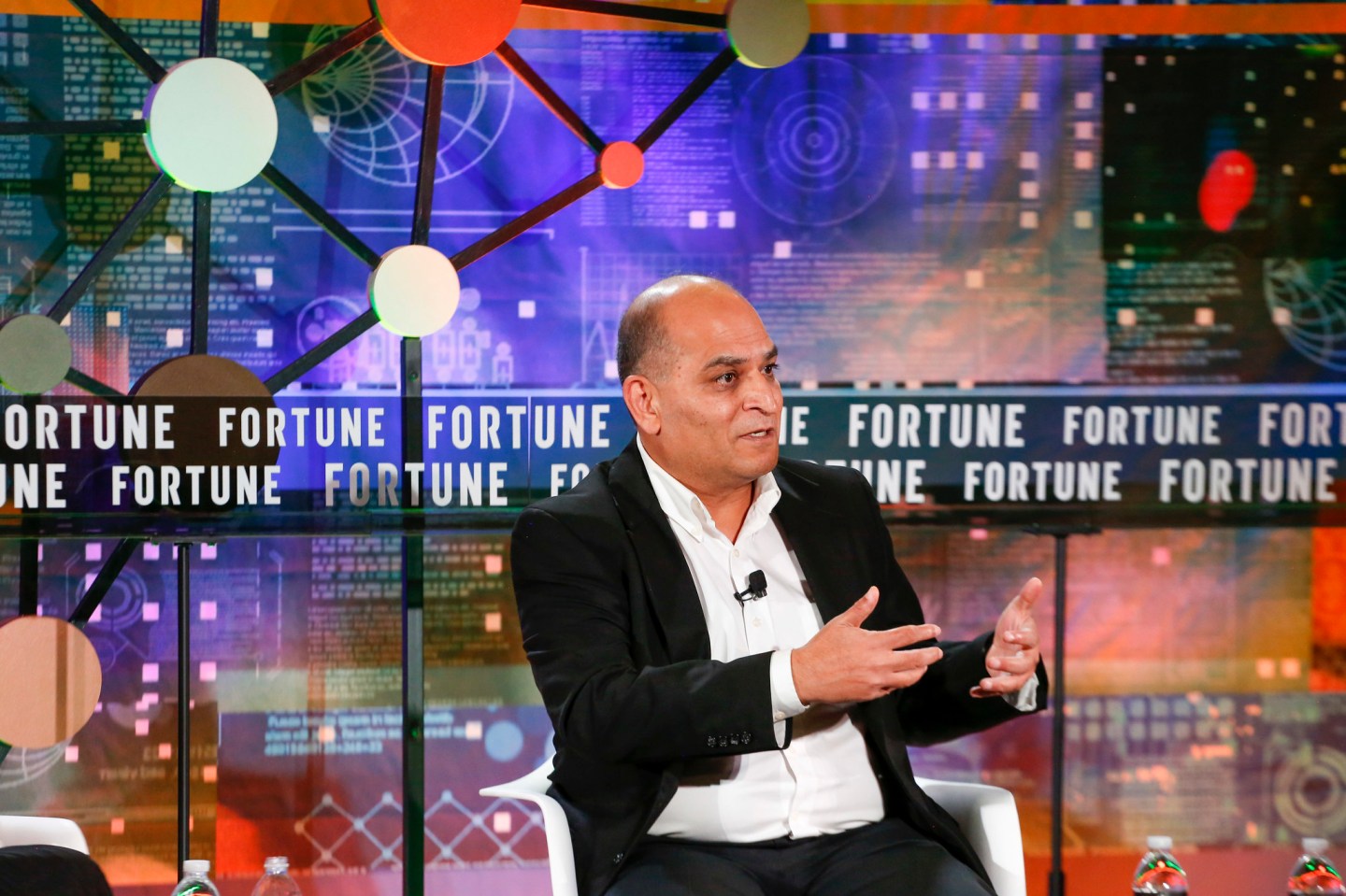 When Jim Loree, CEO of Stanley Black & Decker, hired Mukesh Dalal as the company’s chief A.I. officer last year, he made the unusual choice to have him be a part of human resources.

“One of the things about A.I. and technology in general—it is really there to augment human resources,” Loree said at Fortune Brainstorm A.I. in Boston on Monday. “People plus technology is at the center of our operations model.”

Loree said he initially thought about changing the name of human resources to just resources, since he said free-flowing interaction between humans and machines is vital to creating value for the company.

“But to Jim’s point, you want A.I. and people to work together,” he said.

Dalal is no longer a part of HR. Loree joked that someone might have thought he was “a little crazy” initially putting the chief A.I. officer there, but Dalal said he sees the value.

He added that he would “not be surprised if I am back to HR” at some point in the future.

Loree said he really started to take note of the digital revolution around five years ago, and knew he needed to add A.I., machine learning, and internet of things (IoT) to his company’s toolkit.

In addition to hiring Dalal, he set up a “center of excellence” in Atlanta, with a few dozen staff members who were tasked with tackling digital “as one big series of subtopics” across the company, working closely with the heads of every organization to ensure they were on board and leveraging its full potential.

“The key is, at that point, empowerment,” he said. “Empower the folks who know what they’re doing to go make it happen.”